Wie going all out ahead of Solheim Cup 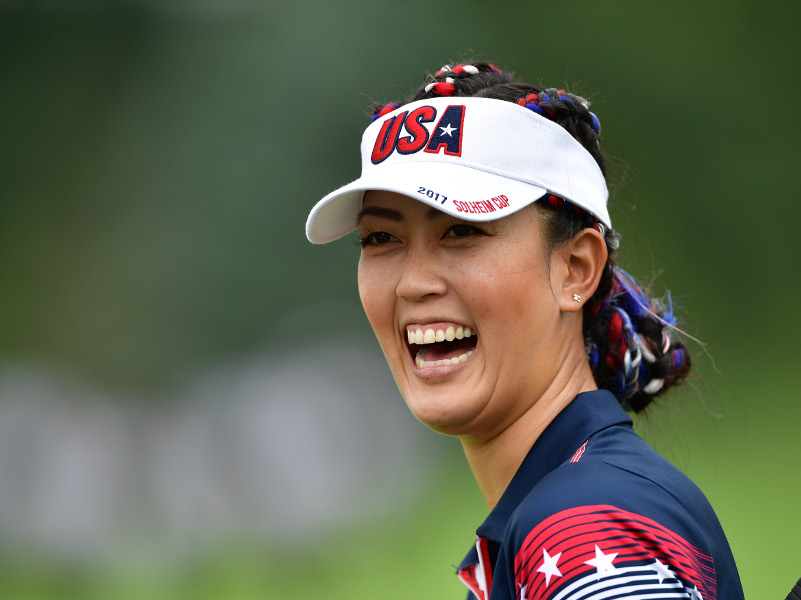 Michelle Wie is covered head to toe in the red, white and blue ahead of USA’s clash with Europe at this weekend’s Solheim Cup.

The return of the popular biennial match play event is almost upon us, and you can back your favourite at Betvictor.

Wie boasted blinging golf shoes, though she later revealed they were just for the photo shoot. Her playing togs will be much more discrete.

Wie also sported some weaves in her hair and some American flag socks, just in case we doubted her patriotism.

The Hawaiian-born golfer has featured in two of the USA’s Solheim Cup victories in the recent past and boasts a decent record, winning half of the points on offer in her four appearances.

While all the red, white and blue might be considered a touch over the top, you have to admit, Wie looks great…