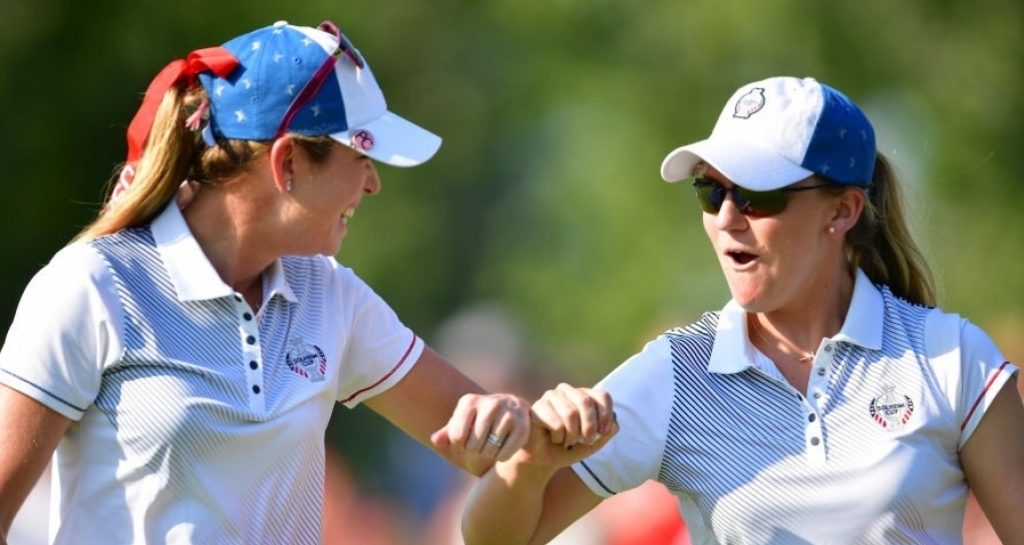 The USA enjoyed a dominant afternoon session at the Solheim Cup on Saturday, taking three of the four fourball matches  to stretch their lead to five points.

Europe will now need a minor miracle in Sunday’s singles in Des Moines as the US need just 3.5 points to retain the trophy.

It marks the first time since 1998 that the US has held the lead going into the singles matches.

Even more ominous for Europe is the fact that no Solheim Cup team has ever come back from more than four points down to win on the final day.

It started brightly for Europe as Jodi Ewart Shadoff and Anna Nordqvist drew first blood on Saturday afternoon, winning their fourball 4&2, but it went downhill from there as the US took the remaining three rubbers to build up a formidable lead.

In the first match, Carlota Ciganda and Mel Reid hung on valiantly before eventually losing 2 up on the 18th as the two Britannys – Lang and Lincicome – were in inspired form. Lincicome started with six straight birdies and 10 in the first 15 holes, while Lang holed a wedge for eagle at the seventh. Ciganda and Reid lost despite being 10 under par.

The final two matches also went the way of the US team.

First, Cristie Kerr and Lexi Thompson defeated Georgia Hall and Catriona Matthew 4&2 with a devastating display of golf. Kerr was eight under and the team 12 under through 16 holes as the Europeans couldn’t match their rivals.

Paula Creamer and Austin Ernst then defeated Karine Icher and Madelene Sagstrom 2&1 in another superb contest to end the day and stretch the US lead to a seemingly unassailable five points.