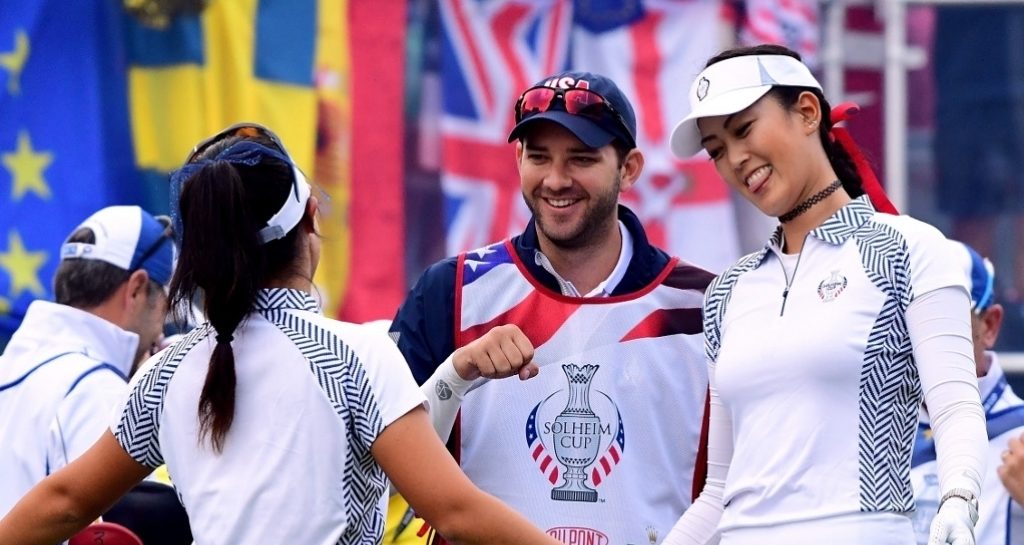 Europe need to make a move at the Solheim Cup after the Americans hung on to their lead in the morning foursomes.

Starting the day with a sizable three-point advantage, Juli Inkster's charges protected their lead after drawing 2-2 with Europe in the morning session.

There were big 5&3 wins for Cristie Kerr and Lexi Thompson, and Paula Creamer and Austin Ernst in the first two foursomes, and Europe needed to win the last two matches just to ensure they stayed only three points behind.

Just like they did on the opening day, Anna Nordqvist and Georgia Hall secured a point for Europe as they beat Stacy Lewis and Gerina Piller 2&1.

The Catriona Matthew and Karine Icher partnership also paid dividends, as they earned their second point with a 2&1 win over Michelle Wie and Danielle Kang.

Europe takes the final match of the morning with this putt by Karine Icher 🇪🇺🇪🇺🇪🇺#SolheimCup2017 pic.twitter.com/cml0cOKGGp

Unfortunately for Europe, they were well beaten in the first two matches.

Kerr and Thompson were in total control of their match against Jodi Ewart Shadoff and Caroline Masson, winning six holes to one to bring the match to a conclusion on the 15th hole.

Creamer and Ernst were similarly dominant against Melissa Reid and Emily Pedersen, winning four out of five holes during an impressive back-nine display to end the Europeans' challenge.

If Europe can't reduce the deficit in the afternoon fourballs, they Americans will take their formidable advantage into the final day's singles matches.