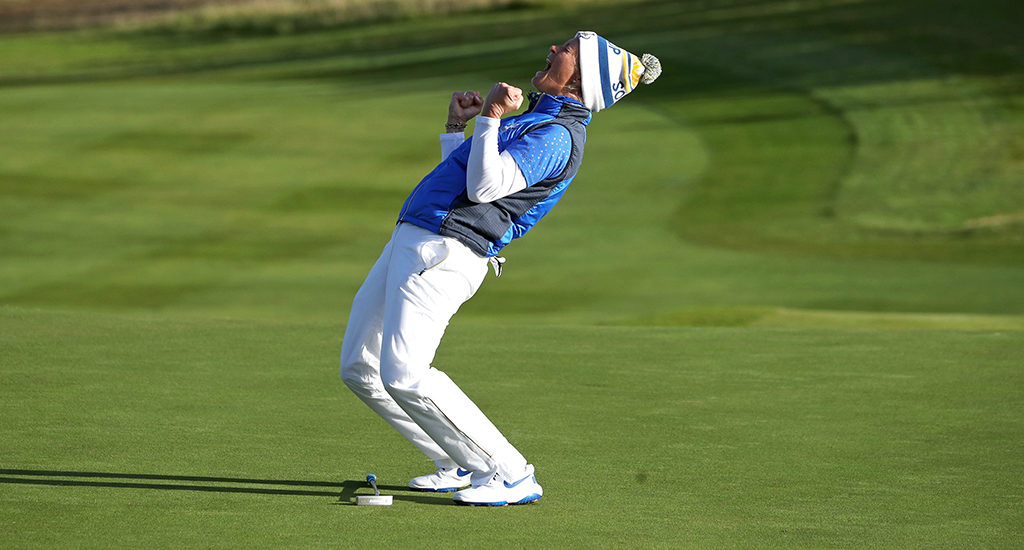 The 38-year-old Norwegian had the tournament on the end of her putter as it came down to the final hole, but she didn’t disappoint, nailing the putt and winning Europe’s first Solheim Cup since 2013.

Just moments later, though, she confirmed that she was hanging up that putter.

“I think it’s the perfect closure, there’s no better way to end my professional career.

“I never thought I was going to be here four months ago until I met Beany (Catriona Matthew). So, to end it this way, that’s very special.”

Teammate Anna Nordqvist, who created the chance for Pettersen to take her moment of glory by winning her match shortly before, was quick to pay tribute.

“I think I’m speaking for everyone on this team,” she said. “Suzann has been a big role model for all of those the last couple of years, more than that.

“I remember my first Solheim Cup in 2009, I got to play with a lot of my idols growing up.

“It was Laura Davies, Helen Alfredsson, it was Beany, it was Mimmi Hjorth and Suzann Pettersen.

“I got paired with Suzann in my second match and it was really cool. It was definitely one of the best highlights of my career.

“She’s going to be missed. She’s a rock star. She’s such a great character and a big role model for all of us.”