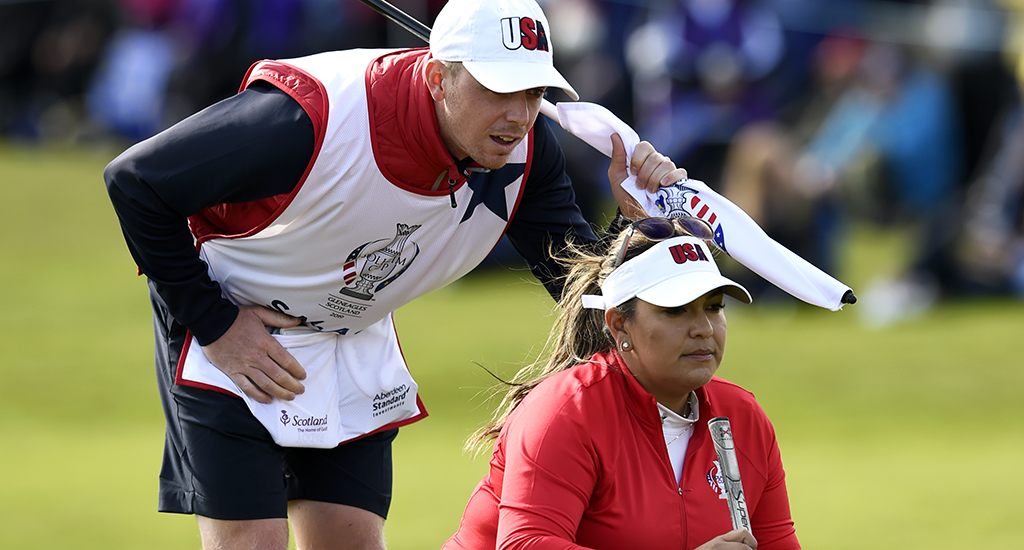 The Solheim Cup found itself pulled into the current controversy in golf surrounding pace of play, with some dubbing the opening day of the 2019 tournament the “Slow-heim Cup.”

USA star Lizette Salas was given a ‘bad time’ by referees in the afternoon fourballs after being clocked taking 72 seconds to take her second shot on the par-4 13th, but it was really only the tip of the iceberg.

Players are required to make their stroke in no more than 40 seconds in the rules, with ‘ready golf’ encouraged to be practiced in match-play events such at the Solheim Cup.

Another bad time would have sen Salas disqualified from the hole, but she was not the only problem player, as the afternoon fourballs on day one needed over four hours to get through 13 holes.

“It’s painfully slow out there,” said US captain Juli Inkster.

“I know we had maybe a couple on our side that are a little bit slow, but they have a few on their side, too.

“I thought the way the golf was played today was phenomenal for the conditions. It’s hard, hard golf.

“I don’t know what to do. I could speak to the players, but that’s their routine. I think Lizette had a bad time, but she was the only player that had a bad time out there.

“She knows she probably has to speed it up a little bit, but I’m not going to say anything.”

European captain Catriona Matthew agreed that play must speed up, although she is at a loss to explain what is causing the delays.

“The back nine this afternoon did get pretty slow,” she said.

“When you’re jumping around not following just one game it’s difficult to tell what caused it.

“Some of the players on both sides do take quite a while to hit a shot. But it’s up to the officials, they’re the ones who police the pace of play.

“I think every week the players are aware of the pace of play policies and no one wants to see slow play.

“Obviously with the bigger crowds it’s more difficult sometimes, but ideally it would be nice to be faster.”