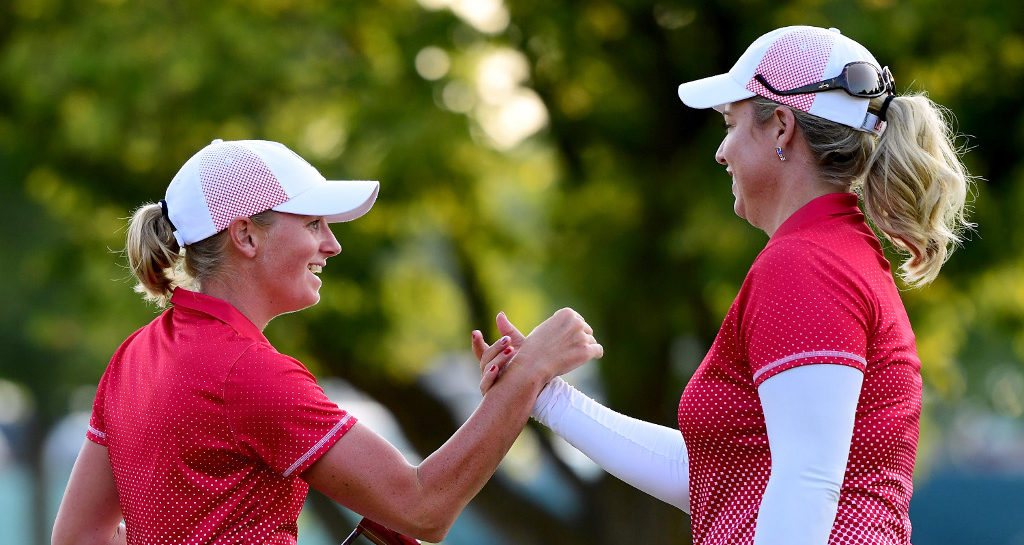 The USA produced a record-setting performance in the afternoon fourballs to forge a dominant lead at the Solheim Cup.

Trailing Europe after the morning’s foursomes, the USA came roaring back to take a 5.5-2.5 lead at Des Moines Golf and Country Club, in Iowa.

Lizette Salas and newcomer Danielle Kang – who had registered the sole point for the home side in the foursomes – each won two matches after they triumphed again in the afternoon to help the US to their first ever fourball clean sweep.

"We've got a lot of work (ahead). I know (European captain) Annika (Sorenstam) is going to get that team fired up."

In the other two matches, Brittany Lincicome and Brittany Lang beat Caroline Masson and Florentyne Parker three and two, while Stacy Lewis and Gerina Piller edged Charley Hull and Georgia Hall two and one.

It was a far cry from the morning’s foursomes when Europea’s Hall and Anna Nordqvist beat Paula Creamer and Austin Ernst three and one, while team-mates Karine Icher and Catriona Matthew were also successful with a one up win over Lewis and Piller.

Cristie Kerr and Lexi Thompson halved their hole with Hull and Mel Reid.

After more foursomes and fourballs on Saturday, the cup will be decided by 12 singles matches on Sunday.