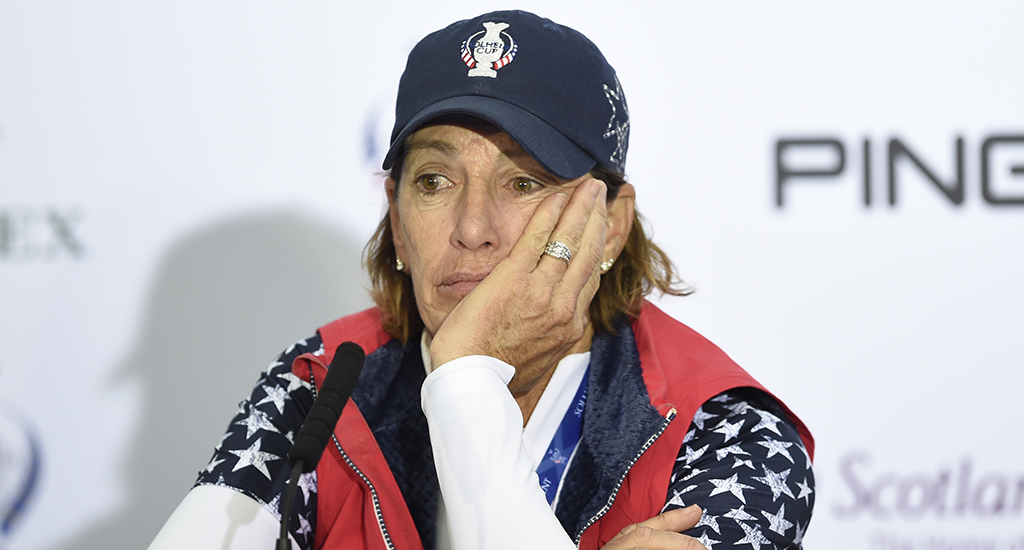 Europe deserved their thrilling Solheim Cup triumph, according to US captain Juli Inkster, who afterwards confirmed it would be her last as captain.

However, she was unable to make it a perfect sweep as Europe claimed a remarkable win at the death – although she was typically classy in defeat.

“You know what, I told them afterwards, the sun’s going to come up tomorrow,” Inkster said when asked what was said in the US team after the defeat.

“It was great for women’s golf. We played great. I mean, yesterday was just a brutal day of golf.

“And today the sun came out and we saw a lot of great golf.

“You know what, the Europeans played great. You tip your hat. And you move on

“I’m really happy where I’m at,” she said. “I’ve had the honor to do this three times. And it’s been an honor.

“It’s not really about the wins and losses. It’s about the memories and the camaraderie.