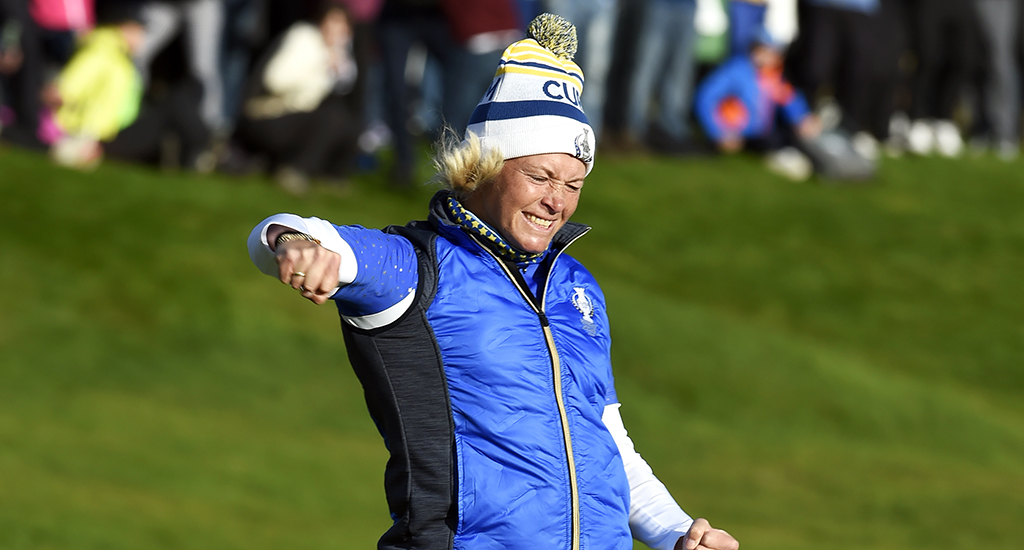 Suzann Pettersen’s decision to retire after her moment of Solheim Cup glory was not planned, she has claimed, adding that even winning another major title couldn’t top the feeling.

The Norwegian settled an incredible competition by sinking the winning put on the last green of the last match at Gleneagles as Europe reclaimed the trophy.

Pettersen’s putter was barely back in its bag before she decided to call time on her career, though, and she says it was something that the moment demanded.

“It’s just a fairytale ending to what was an amazing week,” the two-time major champion said.

“It just came to me as I was standing there with everyone. It was not planned. I just grabbed the moment,”

Pettersen left golf in 2017 to become a mother, and was a surprising choice when handed a Solheim Cup spot by European captain Catriona Matthew.

In fact, having dropped to world number 665, she was all set for the vice-captaincy before being handed a wildcard.

That faith, though, was massively repaid – for both women.

“I never thought I was going to be able to do this again,” Pettersen added.

“I’ve always said it, the Solheims have meant the world to me.

“It’s probably [given me] the biggest highlights of my career and, being a part of that on Sunday on the 18th green, nothing is ever going to top it so I might as well leave on top and say enough is enough.

“It doesn’t matter if I win another major or regular tournament – nothing is going to beat it.

“For me, it was almost like a perfect stage to say goodbye to professional golf.”