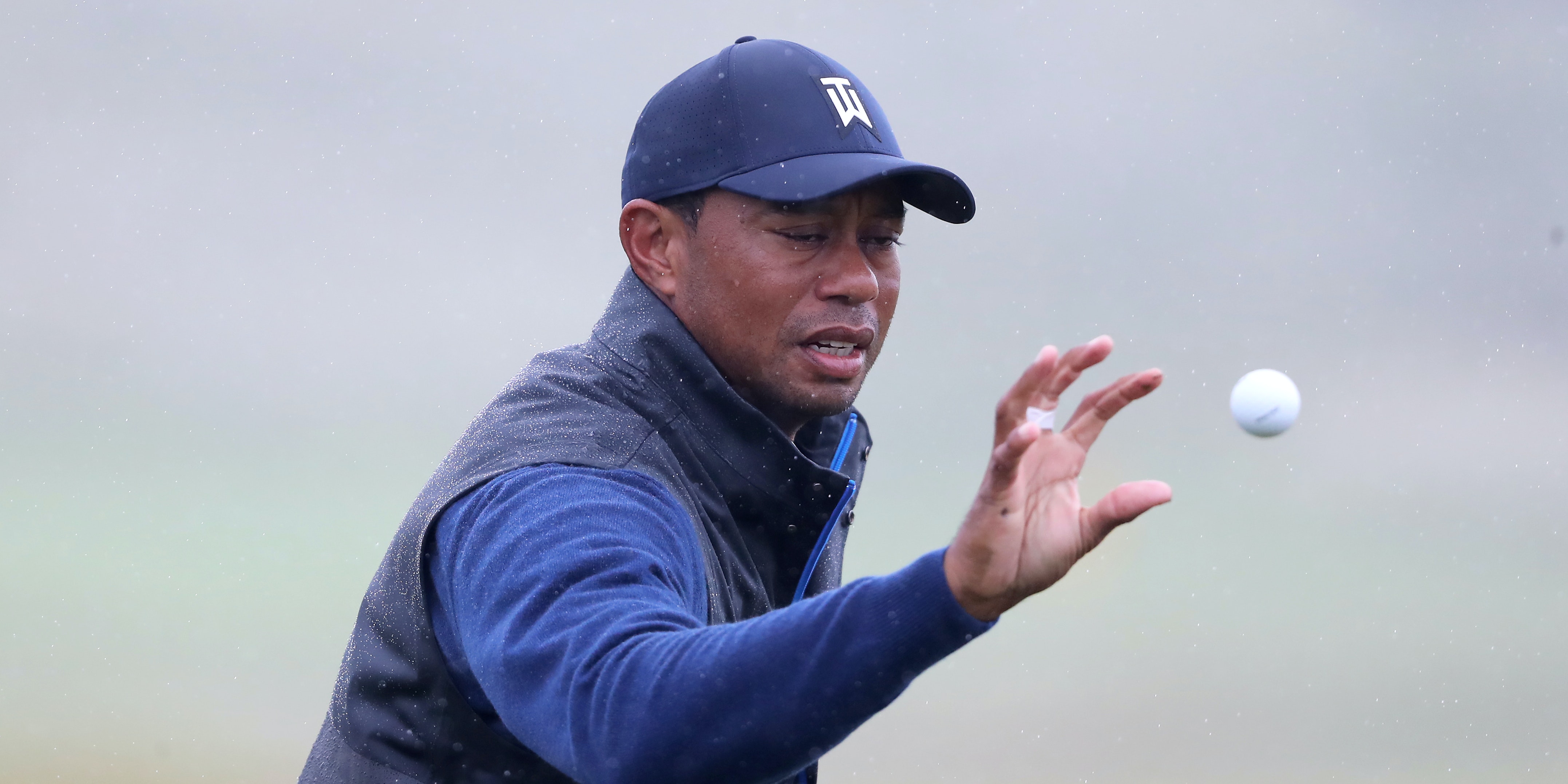 Tiger Woods is confident he can win a 16th major title in the US PGA Championship, despite heading into the event with just four competitive rounds under his belt since mid-February.

“Of course,” Woods answered with a smile when asked with the final question of his pre-tournament press conference if he could win at TPC Harding Park.

The 44-year-old returned to action at the Memorial Tournament in July following five months on the sidelines due to injury and the coronavirus pandemic but looked understandably rusty in finishing in a tie for 40th at Muirfield Village.

However, Woods has plenty of good memories of this week’s venue to draw upon when play gets under way on Thursday, having defeated John Daly in a play-off to win the WGC-American Express Championship in 2005 and also compiling a perfect 5-0 record in the 2009 Presidents Cup.

“I feel good,” Woods said. “Obviously I haven’t played much competitively, but I’ve been playing a lot at home so I’ve been getting plenty of reps that way.

“Competitively I haven’t played that much, but the results that I’ve seen at home, I’m very enthusiastic about some of the changes I’ve made and so that’s been positive.

“I’m just trying to get my way back into this part of the season. This is what I’ve been gearing up for. We’ve got a lot of big events starting from here, so looking forward to it. This is going to be a fun test for all of us. The rough is up and fairways are much more narrow than they were here in 2009.”

Woods rightfully celebrated his incredible Masters victory last April “for quite some time” and unsurprisingly missed the cut when returning to action in the US PGA at Bethpage, where Brooks Koepka successfully defended his title.

That made it four major titles in eight starts for Koepka, a rare run of form which Woods in particular can appreciate.

“There’s probably only been two, maybe three times where I knew that all I had to do was keep my heartbeat going and I was going to win the tournament,” Woods added.

“’97, I felt pretty good at Augusta and then Pebble Beach in 2000 and then obviously at St Andrews the same year. My game was clicking on all cylinders for maybe the week prior. The week of it got a little bit better and just had to maintain it the rest of the week.

“Those were rare exceptions. It hasn’t happened to me that often in my career, non-major or major, but those three weeks in particular, I just felt really good and had control of every single shot shape, distance, feels around the greens, putter. I had everything rolling.”

The chances of that happening this week appear unlikely and Woods is rated a 35/1 chance to lift the Wanamaker Trophy for a fifth time on Sunday, especially given the relatively cold, damp conditions which are forecast in San Francisco.

“I think that for me when it’s cooler like this, it’s just make sure that my core stays warm, layering up properly,” Woods said. “I know I won’t have the same range of motion as I would back home in Florida where it’s 95 (degrees) every day. That’s just the way it is.

“Talking to some of the guys yesterday, they were laughing at their TrackMan numbers already. They don’t have the swing speed or ball speed they did last week. It’s just the way it is.

“It’s going to be playing longer. It’s heavy air whether the wind blows or not. The ball doesn’t fly very far here.

“I’ve known that from all the years and times I’ve had to qualify (for junior events) up in this area. It’s always 20 degrees cooler here than it is down there in Palo Alto and we are all going to have to deal with it.”

One thing Woods is confident will not be an issue is the lack of fans, a feature of golf’s return that Rory McIlroy admits has made it hard for him to focus.

“Rory has more experience than I do in that regard because he’s played more often in this part of the season,” Woods said. “And those four days at Muirfield was a bit different.

“It reminded me of sometimes on the weekend, you’d tee off Saturday morning and you’d just barely make the cut and you’re first off and there’s no one out there, but generally by the time you make the back nine, there’s thousands of people out there on the golf course waiting for the leaders to tee off but that never happened.

“That’s the new world we live in. We just have to get used to it. As far as the focus part of it, I haven’t had a problem with that. Those four rounds, I was pretty into it.

“It’s different than most of the times when you go from green to tee, people yelling or trying to touch you. That part is different. As far as energy while I’m competing and playing, no, that’s the same. I’m pretty intense when I play and pretty into what I’m doing.”