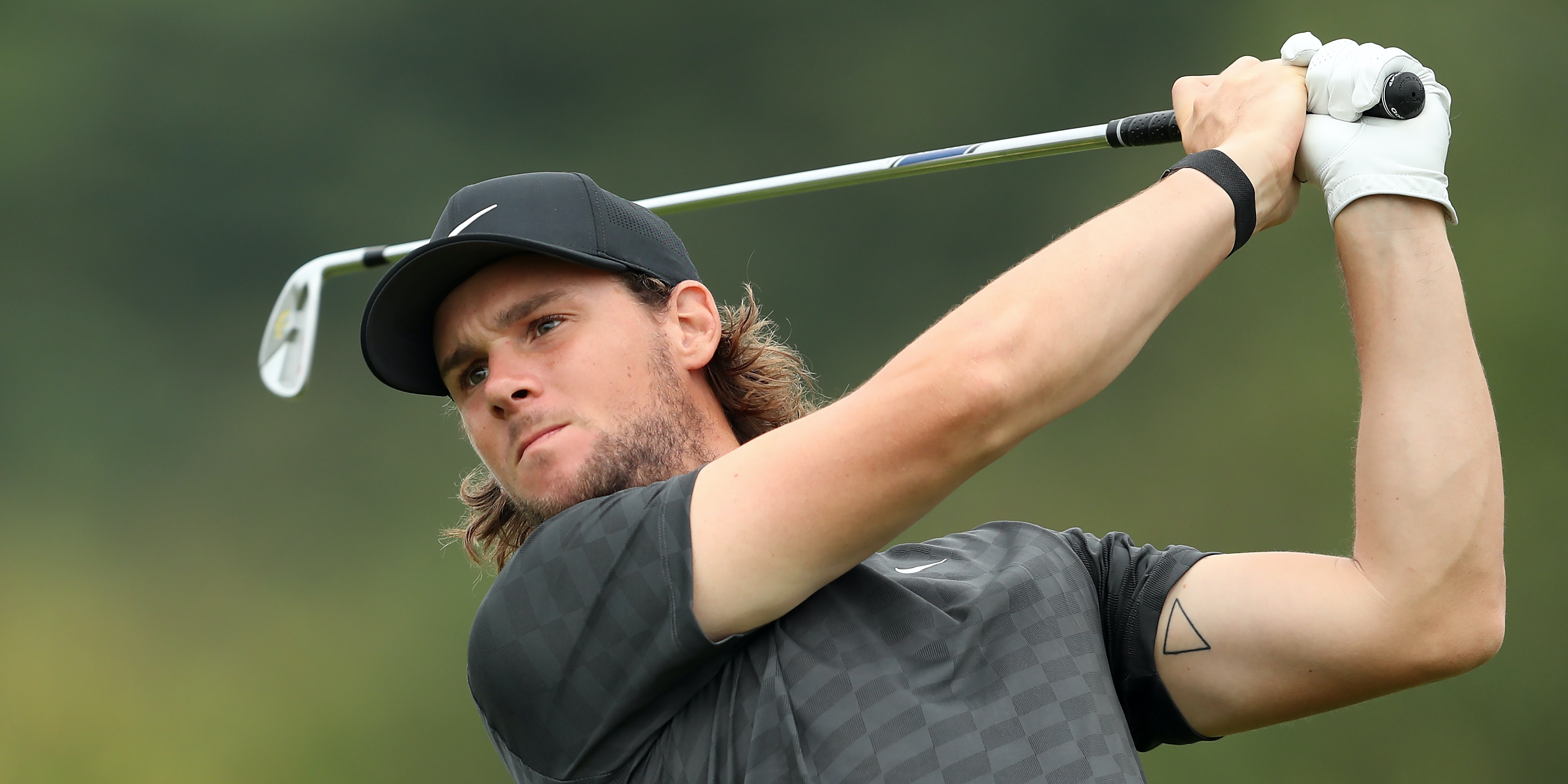 New father Thomas Pieters marked his return to European Tour action in style with an opening seven-under-par 64 in the Celtic Classic.

Pieters was one over par after five holes of his first round at Celtic Manor, but he played the remaining 13 in eight under and stormed home in just 29 shots to hold a one-shot lead over England’s Toby Tree and Australian Jake McLeod.

“It was pretty good,” Pieters said with considerable understatement. “I putted well, just kept my ball in play and didn’t get myself in any trouble really.”

Pieters had not played competitively since early March due to the coronavirus lockdown, during which time his girlfriend gave birth to their first child, Florence.

“It’s been fantastic,” former Ryder Cup player Pieters added. “I miss my little baby girl, but I’m thankful I can play golf right now; first time back in five months it feels nice to get out there and put a score down.”

The lockdown has also resulted in Pieters sporting the kind of long hair more often associated with Tommy Fleetwood and he added: “My mum said the same, my girlfriend says the same.

“I’ve just been really lazy and I don’t feel like sitting in a hairdresser for like two hours with a mask on. If someone wants to cut it, go ahead!”

Italy’s Edoardo Molinari and Scotland’s Marc Warren were part of a seven-way tie for fourth on five under, with Hero Open winner Sam Horsfield and Nicolas Colsaerts among a large group on four under.

Molinari, who has twice finished fourth in the Wales Open at Celtic Manor and was part of Europe’s winning Ryder Cup side here in 2010, said: “It’s always nice coming back here, obviously I have great memories. But it’s a golf course that definitely suits my eye.

“I’ve had a good few finishes in the past, so it’s good memories from the Ryder Cup and other tournaments.”

The day’s action was partly overshadowed by the news that France’s Alex Levy has become the first European Tour player to test positive for Covid-19 following his withdrawal from the event.

Levy initially tested negative after informing tournament officials that a
friend he had met at home in France over the weekend had tested positive for the virus, but he was re-tested and returned a positive result.

The 30-year-old must now self-isolate for 14 days and fellow player Romain
Wattel was also withdrawn from the event after being identified as one of Levy’s contacts at Celtic Manor.