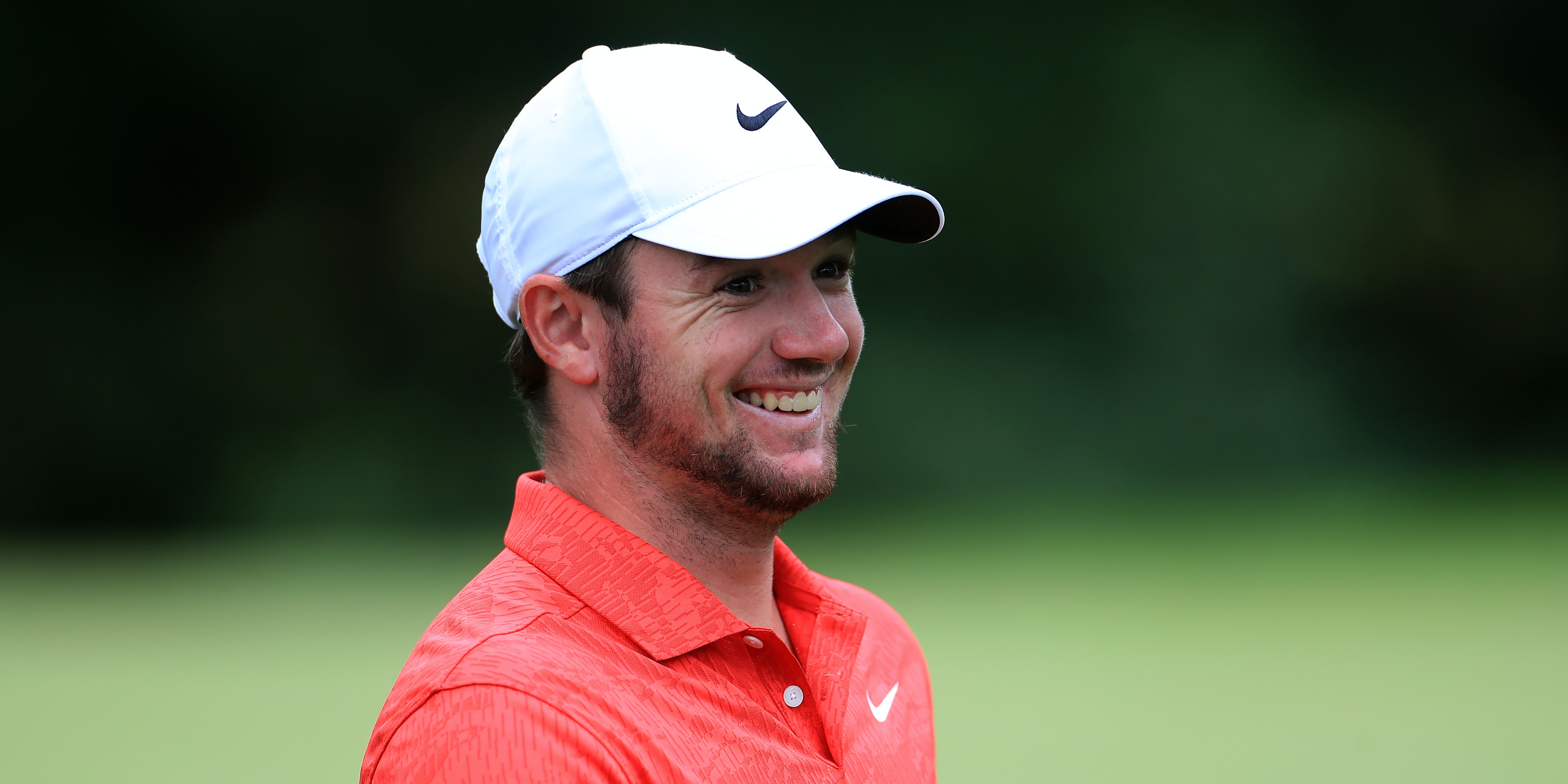 Sam Horsfield will take a one-shot lead into the final day of the Hero Open despite a stumbling finish to his third round in Birmingham.

After holding a share of the overnight lead heading into the weekend, the Englishman made five birdies on the front nine to storm into a six-shot lead and looked in total control at Forest of Arden.

But he would make just one gain on the way home, giving up three bogeys and a double to sign for a 71 and a 14 under total that left him one shot ahead of Wales’ Oliver Farr, Dane Rasmus Hojgaard and Finn Mikko Korhonen.

Horsfield has long been tipped as a star of the future by European Ryder Cup talisman Ian Poulter, and he looked set for a convincing first European Tour win as he produced his stunning display over the first seven holes.

He will now face some stiff competition after his back nine of 40 but the 23-year-old was philosophical following a closing par that kept his nose in front.

“My caddie just said to me coming off the 18th green, ‘if someone would have said to you on Thursday you can have a one shot lead going into Sunday, you would take it’,” he told europeantour.com.

“I’ve made it a little bit harder for myself from the position I was in but I’m still looking forward to tomorrow, it’ll be a lot of fun.

“I got off to a good start and then 10, I don’t know what happened there, then I hit a bad drive down 12 and my timing got a little off, I got a little quick and it got stuck behind me. I felt it on a few shots but I’m still in a good position for tomorrow.”

Farr is also searching for a first European Tour win at nine years Horsfield’s senior, and he was hopeful his three victories on the second-tier Challenge Tour would hold him in good stead after a bogey-free 67.

“It’s a nice position to be in going into a Sunday,” he said. “Played really nicely today, I’m more pleased about that to be honest.

Korhonen matched Farr with a 67, while 19-year-old Hojgaard went one better with a 66.

England’s Chris Paisley was at 12 under, a shot clear of countryman Richard Bland.