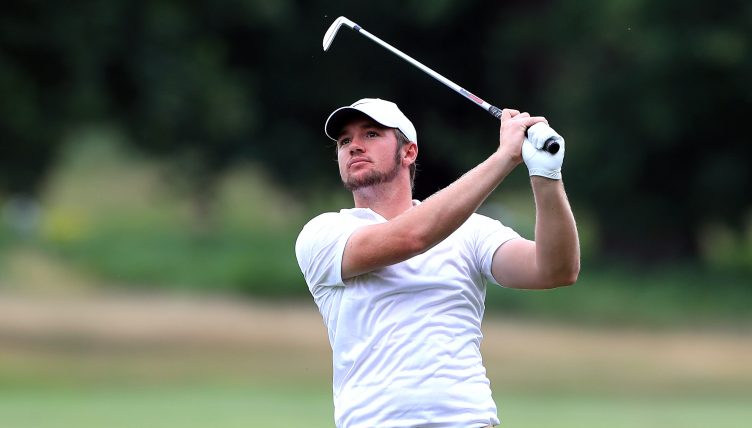 For the second Friday in succession England’s Sam Horsfield surged into contention for a maiden European Tour title at the Hero Open.

Horsfield fired an eagle and seven birdies in a second round of 63 at the Forest of Arden to join Spain’s Sebastian Garcia Rodriguez in a share of the lead on 13 under par.

Horsfield finished 10th in last week’s British Masters following a 61 in the third round, which was unusually played on a Friday due to the tournament starting on Wednesday.

Garcia Rodriguez had earlier birdied the last two holes to add a 69 to his opening course-record 62 as the 31-year-old looks to mark his rookie season on the European Tour with a victory.

Horsfield said: “Holing a wedge from 110 yards on four (for an eagle) was an obvious highlight and I just got on a bit of a roll and ended up with a nine under round.

“I’m just having fun, it’s nice to be playing tournament golf again, it’s been a while for everyone and I’m just thankful of that, to get some tournaments going. I’ve been looking forward to it for a while and I’m just enjoying it.

“It’s different out here, not the same as what we’re used to but it’s just the world that we’re living in at the moment and you’ve just got to make the most of.

“We have a great opportunity to come out here and play tournament golf and I’m thankful that the European Tour and everyone involved have been able to make that happen.”

Garcia Rodriguez, who secured his card from the Challenge Tour in 2019, said: “Today the wind was tough, it was a lot windier and the pin positions were a little more complicated than yesterday. But today I played very solid from the tee which was the key to only two bogeys.

“The key yesterday was the putter, today it was difficult with the irons to get it pin high because it was so windy, but I’m so happy with my round today.

“It was very important to birdie the last two holes. It was in my mind to hit a good drive on 17, it wasn’t perfect but a good line. I had an eagle in my mind with an eight iron in my hand, but it was a little right so it was a good birdie.

“On 18 I played a seven iron and it was a perfect putt. I need to do the same now, go to the players’ lounge, eat some food and hit the gym, then come out tomorrow for the same.”

The leading pair have a three-shot lead over Belgium’s Thomas Detry, with Alexander Bjork and Antoine Rozner a stroke further back.

Miguel Angel Jimenez, who celebrated his record 707th European Tour appearance with an opening 64, added a second round of 72 to lie five shots off the pace.