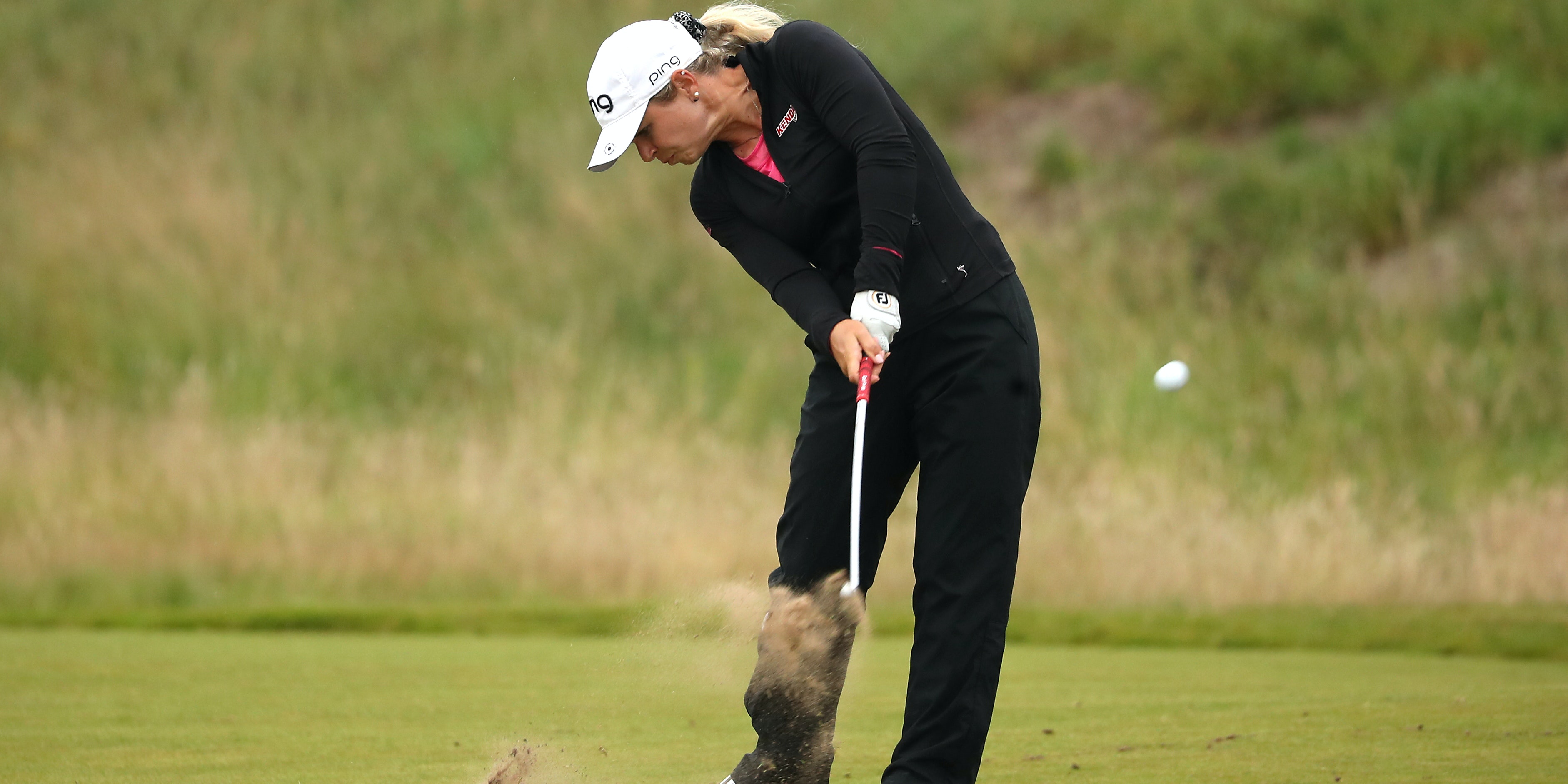 American Lindsey Weaver lies just a shot off the early clubhouse lead on day two of the AIG Women’s Open, despite opting to pull her own clubs on a malfunctioning trolley.

As strong winds and rain continued to make scoring extremely difficult at Royal Troon, Weaver carded a second round of 72 to finish one over par alongside former world number one Lydia Ko and Denmark’s Emily Pedersen.

Austin Ernst had set the early target on level par following a second round of 70, but overnight leader Amy Olson had slumped from four under to six over after 14 holes.

Weaver almost quit the game at the end of last season but was persuaded by her mother to give it one more go and finished fifth at the qualifying school to maintain her LPGA status.

Asked why she was not employing a caddie this week, Weaver told Sky Sports: “I feel like it’s back to the basics. This is how junior golf was, how college golf was and how it was on the Symetra Tour when I played there for a year.

“I would just do locals (caddies) in previous years so it was still me making the final decision, so it’s not really too different.”

It has not all been plain sailing however, Weaver revealing the strong winds had caused her an unusual problem in Thursday’s first round.

“I was in one bunker and then my push cart flew into another bunker and toppled over,” the 26-year-old added. “I’m still trying to get a lot of the sand out of my bag!

“I have brakes but they don’t work very well because my cart is more than a decade old.”

A second round of 75 meant Lexi Thompson was set to miss the cut on 11 over par, but the American had at least been cleared of a potential rules infringement during the first round.

A statement from the R&A read: “Yesterday, as part of its normal TV review procedures, The R&A viewed Lexi Thompson’s actions prior to playing her second shot at the 16th hole in round one of the AIG Women’s Open.

“Following a discussion between chief referee David Rickman and the player prior to her signing her scorecard, it was determined that, although the player had moved a growing natural object behind her ball, it had returned to its original position.

“Therefore, the lie of the ball was not improved and there was no breach of Rule 8.1.”

During the ANA Inspiration in 2017, Thompson was leading by three shots during the final round when she was informed by tournament officials she would be penalised for an incident which took place the previous day.

Thompson was penalised two strokes for incorrectly replacing a marked
ball on the 17th green and another two for signing an incorrect scorecard after
a television viewer had alerted LPGA officials to the incident via email.