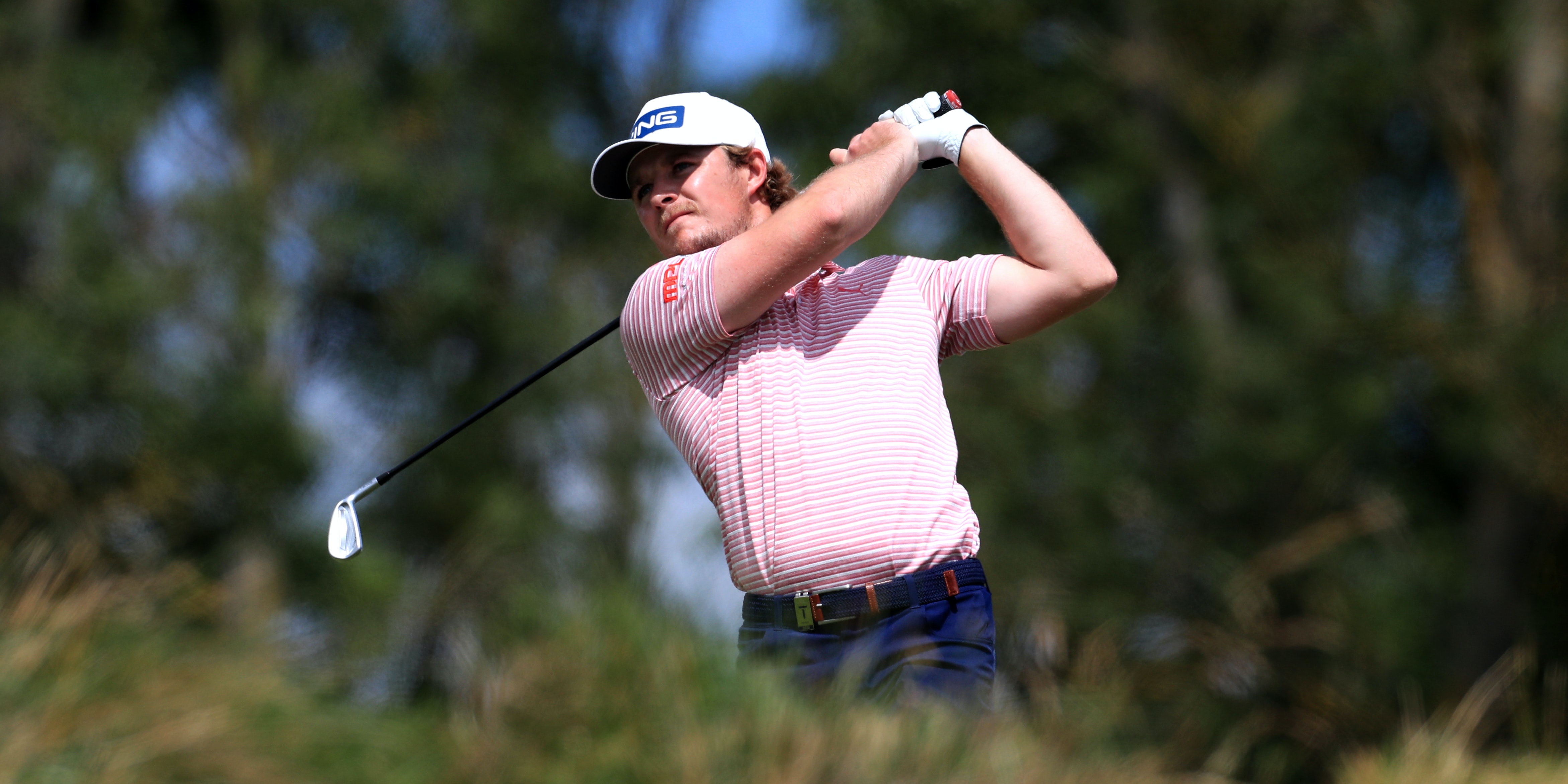 Eddie Pepperell has reverted to an old putter for this week’s Hero Open after his most recent club found a watery grave at the end of the British Masters.

Pepperell struggled on the greens at Close House and his brother Joe, who is head professional at Oxford Golf Club, offered to let him trade in the putter he had recently bought from him after the second round.

The club survived until the final day but then took the blame for a closing round of 77 – which featured three double bogeys in a back nine of 42 – and was unceremoniously deposited in the pond in front of the 18th green.

“I didn’t take my brother up on his offer so that was a waste of GBP 100,” Pepperell joked. “The putter is very wet and I think it has been since I walked off the 18th green on Saturday evening.

“I wasn’t going to jump in (after it) – bit soon for that on the first week back.

“I’ve got my putter back that I used at the start of the year which I don’t really know why I changed from it because I putted quite well with it. It’s back in the bag and will hopefully have some more luck with it this week.”

Pepperell has turned down the chance to make a late trip to San Francisco for next week’s US PGA Championship despite the lifting of quarantine requirements for players, caddies and essential personnel, but does now plan to take up his place September’s US Open at Winged Foot.

“If it was in New York I probably would have considered it more because it’s half the distance,” the world number 89 added. “Having not basically left my house for four months, to get on a plane to travel 12 hours across the world feels a little bit daunting actually.

“Also I spoke to my caddie Mick, who wasn’t prepared to travel because his partner suffers a bit with her health sometimes and he didn’t want to take that risk, so I would be going out there for one week with a different caddie, having not played a lot of golf and trying to do well in a major against guys who are clearly better prepared than I am at the moment.”

The Hero Open – formally the English Open – is making its return to the European Tour this week for the first time since 2002 and sees two players achieve significant personal milestones at the Forest of Arden.

Scotland’s David Drysdale will make his 500th start, while Miguel Angel Jimenez will become the outright record holder for appearances with his 707th, having matched Sam Torrance on 706 last week.

“If I was to pack up tomorrow, that is the one regret or one niggle that I would have, not winning on the European Tour,” Drysdale said.

“It’s amazing how a couple of young lads came out on tour and then won in their first five or six starts this season already, and I have been at it for 20 years and haven’t won, so the win is the thing that I am after.

“I am proof that it isn’t easy, but I certainly wouldn’t feel fulfilled as a golf professional if I didn’t win on the European Tour. The shots I hit down the stretch in Qatar, I know I can hit these shots under pressure, so I just need to get myself in a position sooner rather than later and see what happens.

“It was a fantastic opportunity for me, but I’ve had five months to get over it now. Hopefully I can put myself in that position again ASAP.”