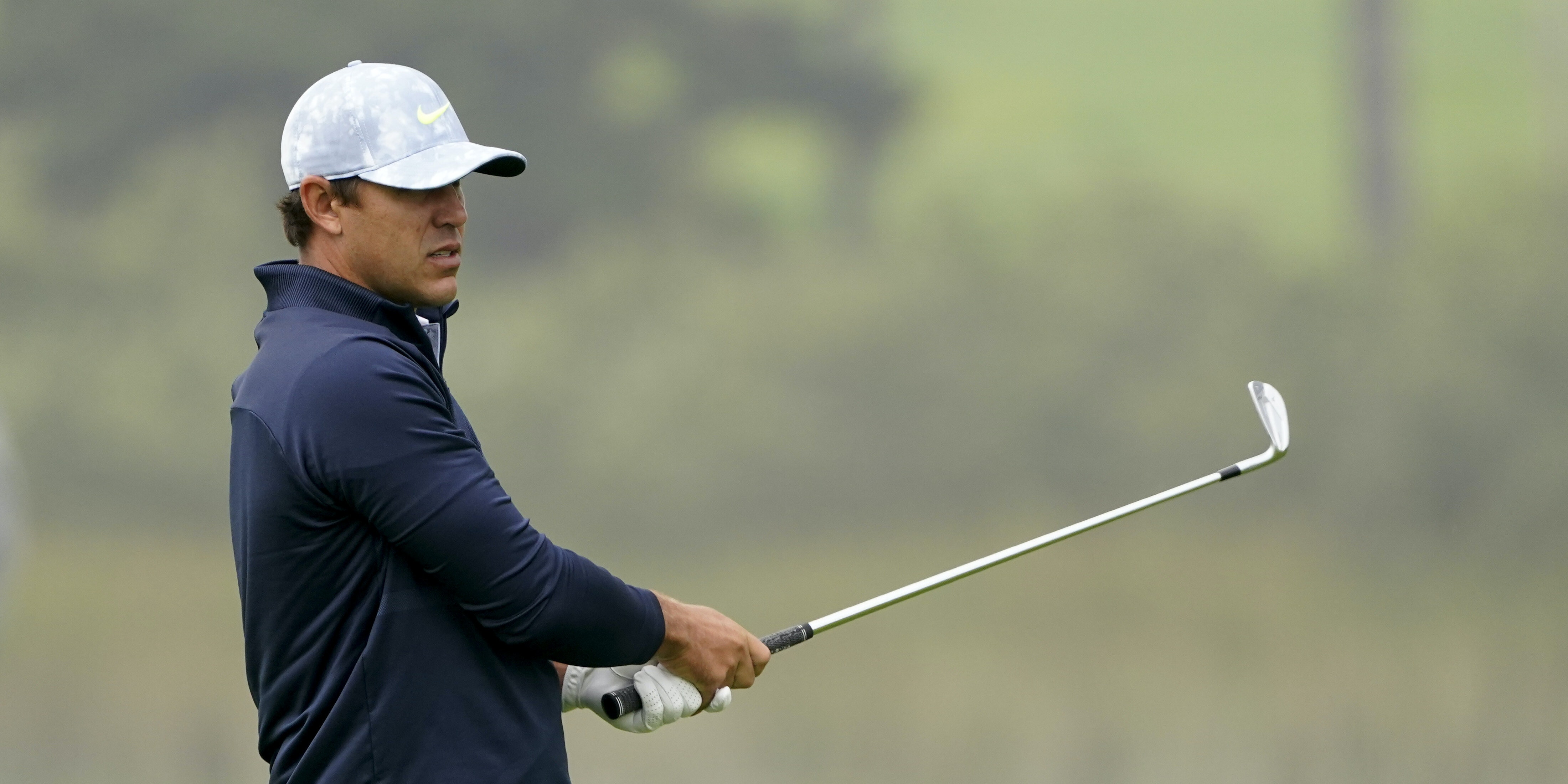 Brooks Koepka made an impressive start to his bid for an historic third straight victory in the US PGA Championship as Tiger Woods kept himself firmly in the hunt on a crowded leaderboard in San Francisco.

Former world number one Jason Day and American Brendon Todd shared the lead on five under par, with Koepka part of a nine-strong group on four under which included Olympic champion Justin Rose and two-time major winner Martin Kaymer.

England’s Tom Lewis was two shots off the pace following a 67, with Open champion Shane Lowry alongside Woods on two under par.

Starting on the back nine, Koepka failed to take advantage of the par-five 10th and dropped a shot on the next, but then birdied the 13th, 14th, 16th and 18th thanks to some superb approach play.

“I feel good. I feel confident. I’m excited for the next three days,” Koepka said. “I think I can definitely play a lot better, and just need to tidy a few things up, and we’ll be there come Sunday on the back nine.”

Koepka’s first attempt to win the same major three years in a row came up just short in last year’s US Open and he added: “I think that drove me nuts a little bit. I played good golf, but I just got beat by Gary (Woodland).

“To do it here would be special. I think there’s, what, six guys that have ever won three in a row. Yeah, not a bad list to be on.

“The whole goal every time we tee it up in a major is to win them. The whole year is spent prepping for these four.”

Woods was two under par after four holes, fell back to level par and then fired three birdies in four holes before making a bogey on his penultimate hole at a venue where he won a WGC event in 2005 and compiled a 5-0 record in the 2009 Presidents Cup.

The 15-time major winner, who is using a slightly longer putter this week to ease the strain on his troublesome back, said: “It’s difficult for me to bend over at times, and so practising putting, I don’t spend the hours I used to.

“It wasn’t unusual for me to spend four, five, six hours putting per day. I certainly can’t log that with my back being fused. Most of the guys on the Champions Tour have gone to longer putters as they have gotten older, because it’s easier to bend over, or not bend over.”

Playing alongside Woods, Rory McIlroy and world number one Justin Thomas shot 70 and 71 respectively, McIlroy battling back from a hat-trick of bogeys on his front nine with three birdies in four holes around the turn.

“It was there for the taking today,” McIlroy said. “I feel like I definitely could have been a few shots lower, but I sort of grinded it out and, with how I hit it on the back nine, even par actually wasn’t too bad.

“Need to hit a few more fairways tomorrow to try to attack some pins and get it closer, and not leave myself four and five-footers for par all day.”

Day’s career has been hampered by back problems in recent years but after a flawless opening 65 he joked: “You’re always cautious of doing certain things, bending over, but I pretty much lather up in Deep Heat and I go … I try and burn the skin off my back, to be honest.”

Bryson DeChambeau accidentally snapped his driver on the seventh hole but – because he did not break it in anger – he was able to send for a replacement and went on to card a 68.

England’s Paul Casey also returned the same score but was hugely disappointed to run up a double bogey on the 18th after finding sand off the tee and compounding the error by three-putting from long range.