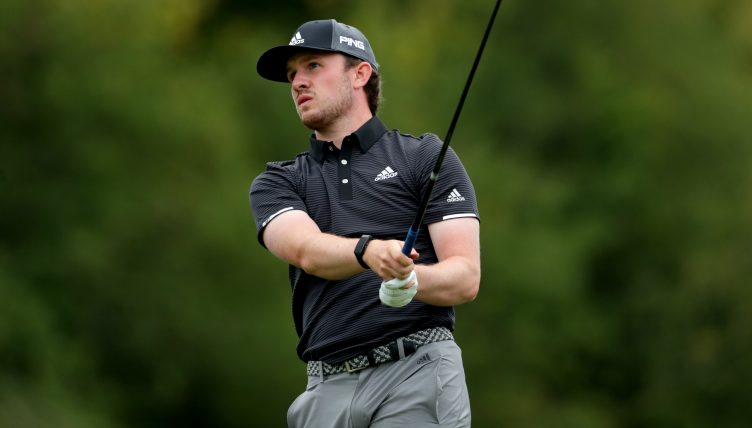 Scotland’s Connor Syme will take a slender lead into the final round of the Celtic Classic following a late collapse by former Ryder Cup player Thomas Pieters.

Syme carded eight birdies in a flawless third round of 63 at Celtic Manor to finish 15 under par, a shot ahead of England’s Sam Horsfield, who won his maiden European Tour title a fortnight ago.

Sweden’s Sebastian Soderberg is two shots off the lead on 13 under, with Pieters a further two strokes back in his first event for five months due to the coronavirus pandemic and the birth of his first child in July.

Pieters, who won a record four points on his Ryder Cup debut in 2016, held a three-shot lead after two eagles in the space of three holes around the turn, but ran up a triple-bogey on the 15th after topping his tee shot into heavy rough.

With the ball in an unplayable lie, Pieters was forced to go back to the tee on the short par four and pulled his third shot into a water hazard, eventually signing for a seven and then dropping another shot on the next.

Syme, who regained his European Tour card via the Challenge Tour last year, is seeking a first victory on the main circuit and has dropped just one shot – on the seventh hole on day one – so far this week.

“I played lovely to be honest,” the 25-year-old told Sky Sports. “It was obviously very nice conditions and I got off to a decent start.

“I hadn’t played the front nine quite as well as I’d liked so I managed to get three under through nine which was great, and holed the putts that I had opportunities on. It was a nice base to build on and just played really nice throughout.

“I played well in Austria the first event back and was a bit slow after that to start the UK swing, but finding a bit of form certainly with a made cut in the Hero Open and then gradually a little better last week. I’ve found something in my swing and just rolling with that really.

“I just really played in my own little zone, me and my caddie Lyle were just playing away and felt really comfortable.

“It’s a new experience for me. I’ve had a second place before (in the 2018 Shot Clock Masters) but this is the first time with a chance to win so I’m just going to take it as it comes. I’m excited, it’s a great opportunity and that’s all you can really hope for at the start of the week.”

Horsfield started his third round with eight straight pars, but was rewarded for his patience with birdies on the ninth, 14th and 16th in a bogey-free 68.

“I actually stayed really calm out there,” the 23-year-old said. “I felt like I was actually playing really well, I hit a lot of greens and I was just waiting for my putter to get hot.

“I made a few nice putts, didn’t take advantage of the easy holes on the back nine, but I’m happy with the position I’m in.

“The round I played today would have been very unusual for me in my first year I came out here. I just stuck with it today, stayed patient and when I first came out I was more aggressive and more fiery almost.

“I never got anxious or felt like I needed to get something going. I just sort of let everything happen and that’s one thing that Terry (Mundy, Horsfield’s manager) and I have been talking about a lot; just let things happen, don’t force them, don’t do stupid stuff.”