Catriona Matthew has wind in her sails at blustery Royal Troon 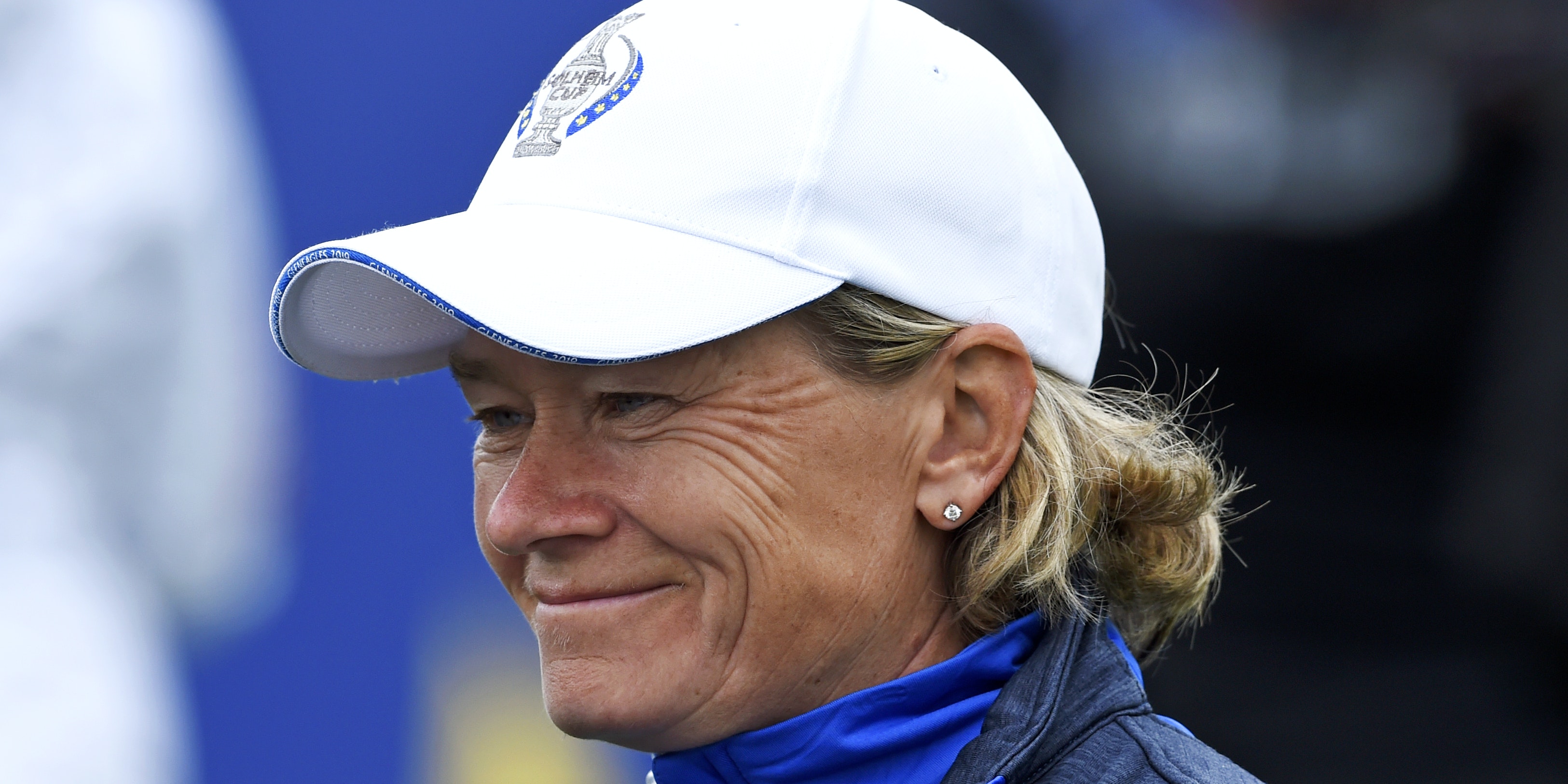 Five days away from her 51st birthday, Solheim Cup captain Catriona Matthew rolled back the years to tame Royal Troon and raise hopes of a second AIG Women’s Open victory.

Eleven years after winning her sole major title at Royal Lytham, Matthew carded a superb level-par 71 in winds gusting up to 40 miles per hour to lie four shots off the lead held by American Amy Olson.

Matthew was two over par with four holes remaining before making a hat-trick of birdies from the 15th and completing her round with a bogey on the 18th.

“I think coming in here with how I’ve been playing lately, probably making the cut would be good,” Matthew said. “But obviously a day like today, the conditions probably helped me that it’s not going to be super low (scoring).

“No reason why I can’t go on from here. Obviously there’s still a huge way to go, but just need to keep plugging away.”

Matthew’s performance was aided by a new putting grip and she added: “It’s quite a radical change. Over the years I’ve tried various different grips but this ‘saw’ grip is quite a radical one.

“I’ve obviously fiddled about with it in practice and never taken it to a tournament, but I thought there was nothing to lose this week.”

Olson was one of just three players to break par in the difficult conditions, the 28-year-old carding five birdies and a solitary bogey in a superb 67 to lead by three shots from compatriot Marina Alex and Germany’s Sophia Popov.

“The conditions out there honestly were so tough that I’ve said that was the best ball-striking day of my life,” Olson said. “I kept the trajectory on every shot what I wanted.”

Olson, who finished second in the Evian Championship in 2018 after a double bogey on the 72nd hole, added: “I seriously love major championship golf. I love the difficult conditions. I just really feel like the cream rises to the top.

“You can’t get away with anything and so it requires every part of your game to be sharp, and I love that challenge. I relish it.”

Former champion Georgia Hall ended the day six shots off the pace but was was happy with a hard-fought 73 after being three over after five holes.

“Some holes I could barely stand up, it was so windy all the way round but especially at the start,” Hall, who won at Royal Lytham in 2018, told Sky Sports. “I’m pretty happy with how I played today.

“I played quite conservative at Lytham and tried to stay out of the bunkers and that was my aim for today. When you go in a pot bunker you are literally chipping out and then it puts pressure on your third shot.”

Canada’s Alena Sharp was in the first group out at 6.30am and hit her opening tee shot out of bounds on her way to a dispiriting double bogey, but she played the remaining 17 holes in two under to finish level par.

“I was so ecstatic to see that we were going to get to play Royal Troon and it wasn’t going to get cancelled,” Sharp said. “My grandmother was born in Greenock and my uncle was born in Glasgow. I feel like they were watching over me today and giving me a little help out there.”

Dame Laura Davies, who hit the opening tee shot to mark her 40th appearance in the event, birdied three of the last six holes, but the 56-year-old could still only return a nine-over-par 80.