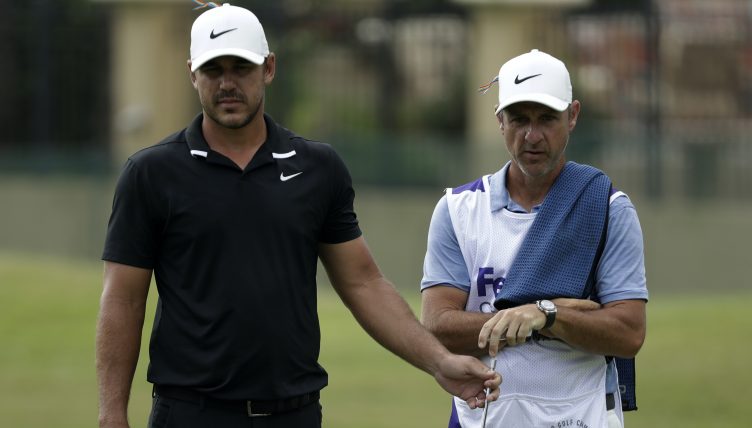 Koepka carded a superb 62 to take a two-stroke lead after the opening day at TPC Southwind in Memphis but could only add a one-over-par second round of 71 to finish seven under alongside Byeong-Hun An.

Todd, who won back-to-back starts on the PGA Tour in November last year, carded five birdies in a bogey-free 65 to reach 11 under par after tee times were brought forward in anticipation of bad weather later in the day.

The world number 51 told PGA Tour Live: “I just grinded really hard. I had to make some clutch par saves early on in both rounds and I was able to make them.

“I’m seeing the lines really good on the greens. I committed to a warm-up plan this week on the practice green and it’s starting to pay off, so I’m putting really well so far.

“The wind was down just a little bit today. There were a couple of pins I think that were more difficult on one, 14 and 16, so there were some birdie opportunities, but you still have to place the ball in the right area and make some putts.”

Koepka, who has recorded just one top-10 finish since the end of August last
year and has been struggling with a knee injury, started on the back nine and picked up his first birdie of the day from nine feet on the 11th before lipping out for another birdie from similar distance on the next.

Ahead of his bid to become the first player to win three straight US PGA titles since it became a strokeplay event in 1958, Koepka picked up another shot on the 18th but then ran up a double bogey on the second, coming up short of the green from a fairway bunker and then three-putting from three feet.

A birdie on the sixth was sandwiched between two bogeys and left Koepka with work to do to successfully defend his title.

“I thought I putted good on the back nine, just misread a few, and then on the front just really didn’t hit any good putts,” Koepka said.