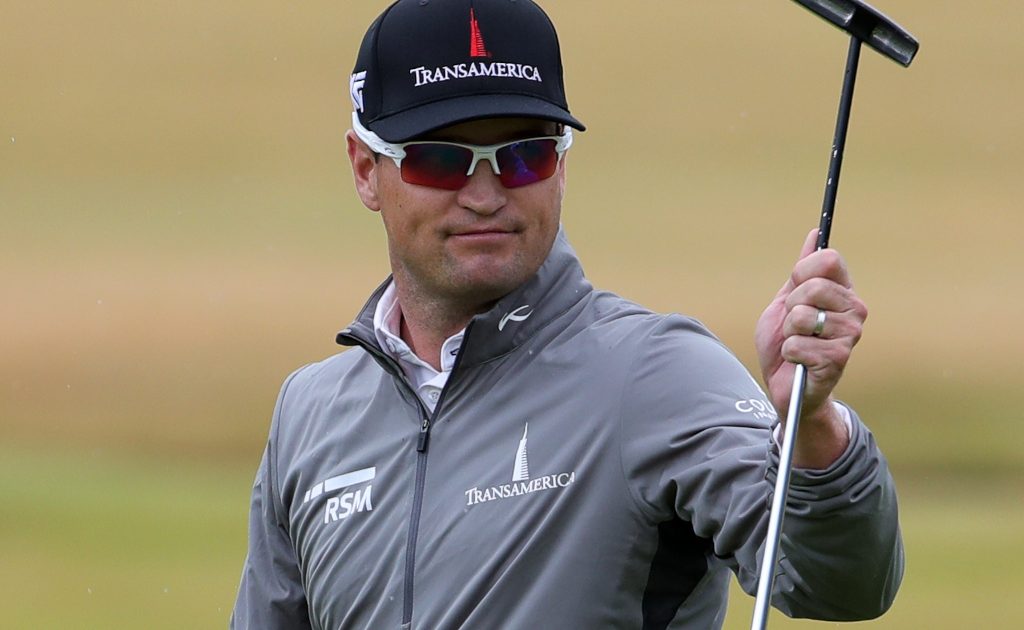 Zach Johnson is relishing the challenge of securing a first American win on European soil for 30 years after being appointed captain for the 2023 Ryder Cup.

The United States stormed to a record 19-9 victory at Whistling Straits last year, but have not lifted the trophy away from home since a 15-13 victory at The Belfry in 1993.

Johnson has been handed the task of ending that barren run at Marco Simone Golf and Country Club in Rome next year after serving as an assistant captain to Steve Stricker in Wisconsin and also to Jim Furyk in Paris in 2018.

The 46-year-old, who won the 2007 Masters and the 2015 Open Championship at St Andrews, played in the Ryder Cup five times and was only on the winning side in his final appearance in 2016.

“To accept this captaincy, to lead this United States Ryder Cup Team abroad after what we accomplished last year at Whistling Straits is simply the greatest honour of my professional career,” Johnson said.

“I want to thank the PGA of America Ryder Cup Committee for this special opportunity.

“As exciting as this is for both my family and me, it is equally sobering to understand the scope of our challenge in Rome, as we have not won on the road in three decades.

“To win, we will have to outplay a European team that will have both ample talent and motivation on their side. I am anxious to dig in and begin the process of putting our team in the best possible position to succeed.

“The way I’m wired is I love when individuals, teams, entities go into a situation that’s very trying, a situation where they are probably not supposed to (win) but do.”

Johnson revealed he was “humbled” that the likes of Tiger Woods, Justin Thomas and Jordan Spieth had backed his appointment, adding: “These guys said it’s your turn to go and I’m welcoming it.

“I love going over there and competing. I love stretching myself and being uncomfortable.

“I like when it’s hard and it is going to be hard but it’s also a beautiful opportunity to go out there and give these guys an opportunity to be themselves and play with freedom. That’s how I’m going to approach it.

“Going over there is not easy, I get that, and frankly I wouldn’t have it any other way.”

Johnson’s first decisions as captain were to appoint his predecessor Stricker as an assistant and to keep the same qualifying system, meaning there will be six automatic qualifiers and six wild cards.

“We thought, one, yeah it seemed to work, but more than that, now we’re going across the pond to a golf course we’re unfamiliar with, if I have a little freedom once I understand what that course demands it allows me to pinpoint some key attributes that could be an asset,” Johnson added.

Qualifying points can be earned in this year’s major championships, WGC events and The Players Championship and then in regular PGA Tour events and majors in 2023.

Europe have yet to name their captain, a decision complicated by the possible defection of one candidate, Henrik Stenson, to the Saudi-backed breakaway league. Luke Donald, Robert Karlsson and Paul Lawrie are the other contenders to succeed Padraig Harrington.