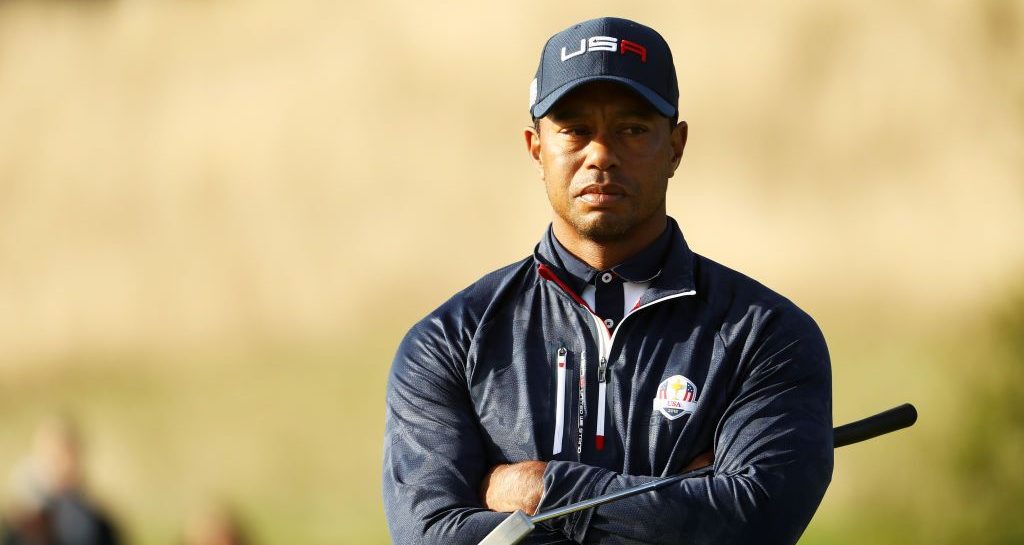 Tiger Woods was not a happy man on Saturday after losing yet another – his third – Ryder Cup match to European pair Francesco Molinari and Tommy Fleetwood.

Woods has a poor record in the biennial competition, and it did not improve after he added defeats in both the fourballs and foursomes on Saturday to his fourballs loss a day earlier – all the defeats coming to the same Italian-English duo that have earned the nickname ‘Moli-Wood’ for their dream-like play.

The 42-year old’s record now stands at 20 defeats, 13 wins, and three halves, while he has been on the winning side just once in seven attempts as a player.

“Everything feels pretty good. Just pretty p****d off the fact that I lost three matches and didn’t feel like I played poorly,” said the 14-time major winner.

“That’s the frustrating thing about matchplay. We can play well and nothing can happen.

“We ran against two guys that were both playing well and when one was out of the hole, especially in best-ball (fourballs), the other one made birdie and vice-versa.

“They did that a lot to us. At one point they made, what, six out of eight birdies on the back nine, and only one person was in the hole at a time. That’s the nature of matchplay.

“The three matches we played they never missed a putt inside 10, 12 feet. That’s hard to do.

“Playing against a team like that, that’s putting that well, you’re going to have to make a lot of birdies and we didn’t.

“We’ve got some work to do tomorrow. Hopefully we can get off to a quick start and get up in some of these matches and turn the tide a little bit.”

Woods will no doubt be happier to play in the Sunday’s singles, where his record is better, with four wins, one loss and two halves from his seven appearances to date.

He will be up against Spain’s Jon Rahm in the fourth match to tee off.