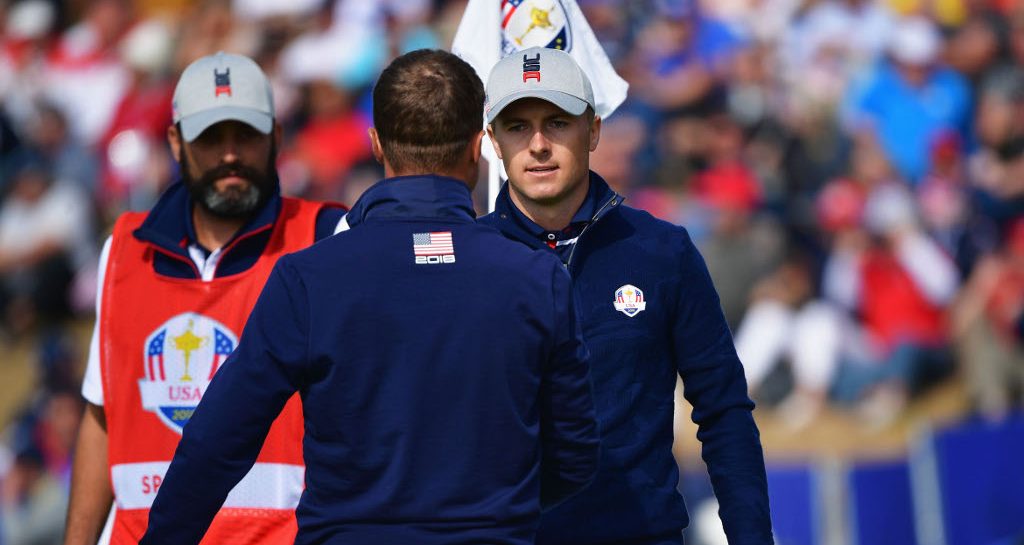 Team USA are in a strong position after taking a 3-1 lead in the morning fourballs, but Francesco Molinari and Tommy Fleetwood kept Europe in the hunt at the Ryder Cup.

Dustin Johnson and Rickie fowler earned the first point for the US, defeating Rory McIlroy and Ryder Cup rookie Thorbjorn 4&2 in front of over 50 000 avid fans at Le Golf National. 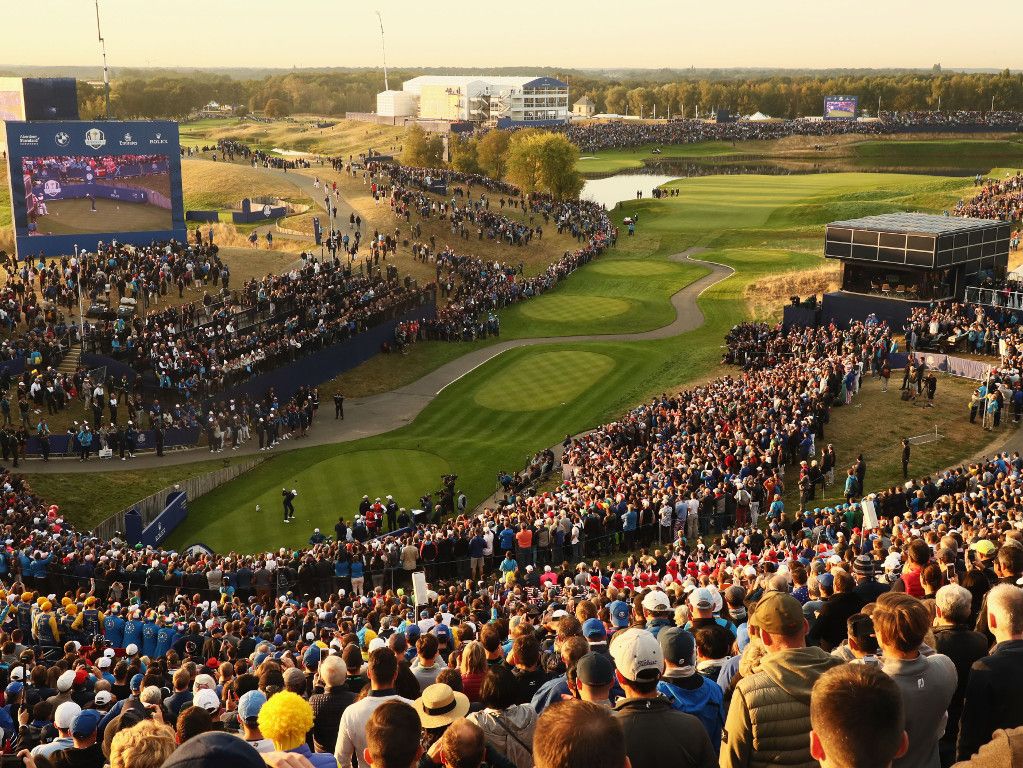 It was a disappointing day for McIlroy, who failed to make a birdie in 16 holes, leaving him as the only player not to win a hole for his team in the morning.

Tony Finau and Brooks Koepka had a an intriguing tussle with Justin Rose and Jon Rahm, but ultimately won 1 up.

Finau enjoyed a remarkable stroke of luck when his tee shot into the par three 16th looked destined for the water but bounced off the sleeper and pulled up three feet from the hole. He tapped in to make it all square.

Luck wasn’t going Rose’s way, as his second into the island green was dead on line but just trickled off the green and into the water. Rahm missed a 15 footer chance to halve the match, handing another point to Team USA.

European’s Paul Casey and Tyrrell Hatton came back from three behind to finally level with childhood friends Justin Thomas and Jordan Spieth on the 13th.

While they pushed to the 18th, Spieth’s hot putter proved the difference as the Americans picked up their third point with a 1 up victory.

Champion Golfer of the Year Francesco Molinari and Tommy Fleetwood would finally get Europe on the board with a 3&1 victory over power-paring Patrick Reed and Tiger Woods.

Fleetwood got on the island green at the 15th by the narrowest of margins then holed the birdie putt to take the hole and go 1 up. The Englishman then rolled in a 30 footer on the next hole to double their lead.

Woods enjoyed some superlative shots but looked a touch drained. As such, for the first time in the Ryder Cup, Woods will not play in the second session of the opening day.