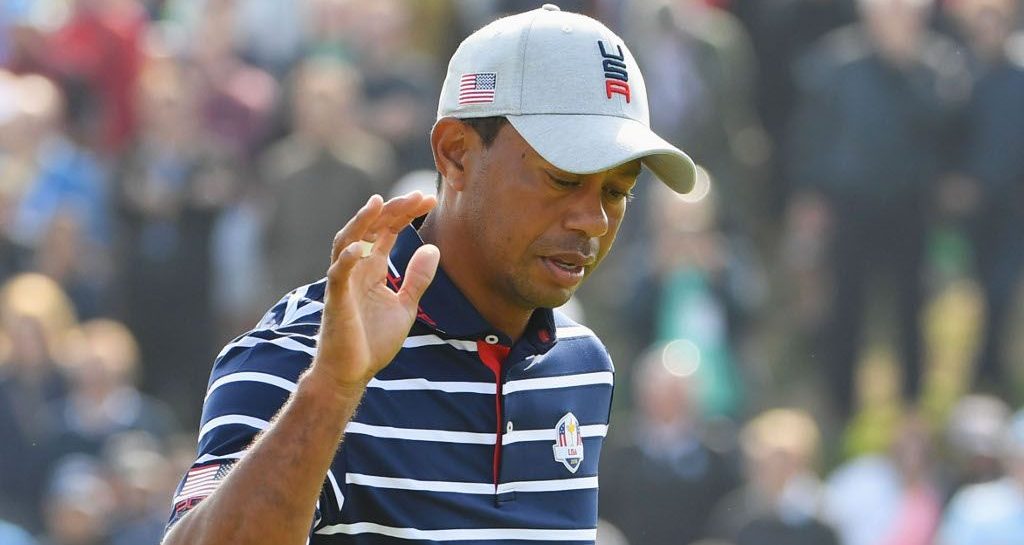 Tiger Woods admitted he was very disappointed to have lost his opening match of the Ryder Cup at Le Golf National.

Making his first Ryder Cup appearance since 2012 just days after his first victory since 2013, Woods and partner Patrick Reed suffered a 3&1 loss to surprise package Francesco Molinari and Tommy Fleetwood.

That was Team USA’s only loss of the morning session, and earned Woods a spot on the bench for the afternoon – though his absence hardly improved things for the Americans, who would go on to lose all four foursomes matches with Tiger looking on in the afternoon.

Woods and Reed held a two-hole lead with eight holes to play after three birdies in a four-hole stretch, but were powerless to prevent their opponents from hitting back and taking the contest on the back nine.

A much needed birdie for #TeamEurope 👏🏻

“It’s disappointing and frustrating for Pat [Patrick Reed] and I to not contribute to the team,” Woods said after his round.

“When you lose a point, you feel like you’re contributed but you’re contributing to the wrong team. They got the points instead of us. Wish we could have done a better job, especially being two up.

“It would have been a different story if we were down the entire match, but we were down early, flipped it, got up, and we felt like we should have won the match.”

Woods was adamant, however, that he doesn’t need to make any changes to his game ahead of the weekend.

“I’m not going to work on anything,” he said. “My game is fine. My cut really wasn’t cutting off the tee today. I was hammering it and the ball was going far.

“It was going straight, but it was not cutting. I can accept that, that’s really no big deal. My putting feels solid and I’ll be ready come tomorrow, whenever captain [Jim Furyk] puts me out.”