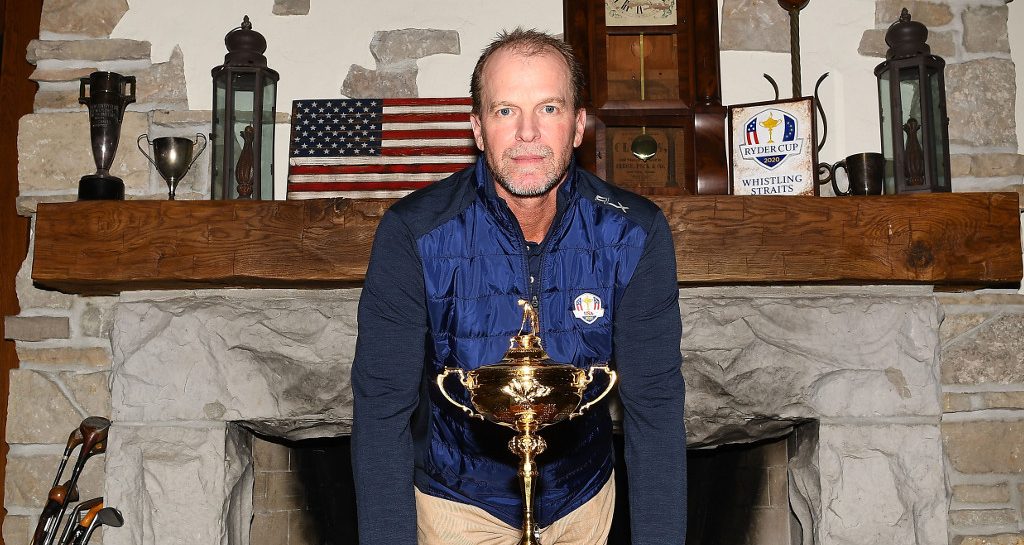 Tiger Woods says everyone was in agreement that Steve Stricker was the right man to lead Team USA in the Ryder Cup at Whistling Straits in 2020.

Stricker, who has been a vice-captain for the last three editions of the biennial contest, was officially announced as the next captain at a press conference in Milwaukee, Wisconsin, on Wednesday.

The 51-year-old succeeds Jim Furyk, who will serve as his vice-captain next year, as the Americans look to hit back from their seven-point defeat against Thomas Bjorn’s European side at Le Golf National in 2018.

“In our sport, in this country, there is no greater honour than to captain the United States Ryder Cup team,” said Stricker. “I am humbled by both the opportunity at hand and the responsibility that comes with the position. I’d like to thank the PGA Ryder Cup committee for their belief in me.

“While we were disappointed with the result in Paris, I am confident the setback will fuel our preparations for what will take place at Whistling Straits.

“Europe’s talent will present a great challenge, but we will be focused on what we can accomplish together in 2020 in my home state, in front of a loyal legion of sports fans in Wisconsin. It’s going to be a memorable week.”

The PGA of America also confirmed that Stricker will name all four of his captain’s picks at the same time, rather than making use of the last-minute “hot-hand” pick on the eve of the contest, which had been in place since 2016.

Tiger Woods revealed that Stricker was an “overwhelming and unanimous” choice to succeed Furyk.

“He was the overwhelming choice by all of us on the committee,” said Woods ahead of this week’s WGC-Mexico Championship. “We felt it was his time, and he was deserving of the role. What he has done as a leader in both the Presidents Cup and the Ryder Cup has been tremendous.

“We just thought that with his leadership, and the way the guys follow him, we thought he was the best choice as captain for 2020. The players were also unanimous in wanting Stricks as their team leader, and we felt the same way on the committee.

“Everyone knows what a nice guy he is, but beneath that exterior is a real fieriness and competitiveness, and he’s also one of the most detail-orientated guys out there.

“He’ll be well prepared, and very understanding of the players and great at communicating with them. He’ll get their opinions, but he will put his foot down when he has to. That’s an important part of the job.”