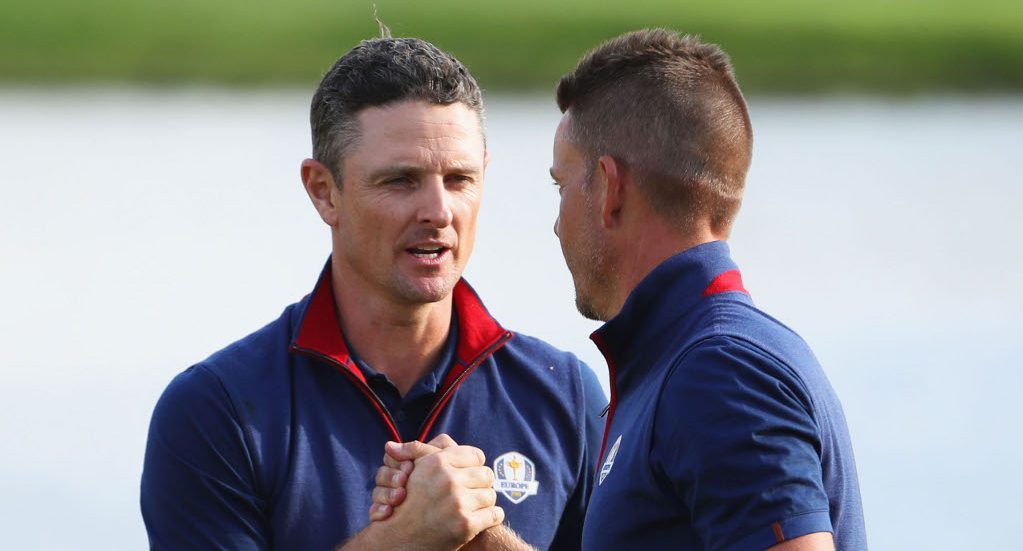 Henrik Stenson has been chosen as the man to lead Europe in the 2023 Ryder Cup as they try to bounce back from a record-breaking defeat.

The Swede will go head-to-head with fellow former Open champion Zach Johnson and here, the PA news agency takes a look at what sort of skipper he may be and the challenges facing him.

His CV certainly stands up and marks him out as one of the finest European players of his generation. A record-breaking major champion after defeating Phil Mickelson in an unforgettable Sunday showdown for the Claret Jug at Troon in 2016, he is not one to be intimidated by the task at hand. His penchant for the big stage is also evidenced in his victories at the 2007 WGC Match Play, 2009 Players Championship, 2013 Tour Championship and two wins at the DP World Tour Championship. Those triumphs along with nine others across the PGA and DP World Tours have brought him a FedEx Cup and two Race to Dubai titles. Stenson’s on-course record will no doubt have the respect of his team and those in the opposing locker room.

What about his Ryder Cup record?

Stenson had his prime playing years at a time when Europe were utterly dominant in the Ryder Cup. He made his debut in 2006 at the K Club and won 1.5 points, holing the winning putt as Europe completed a second-consecutive then-record 18.5-9.5 win. He once again claimed 1.5 points in a losing effort in 2008 but then missed out in 2010 and 2012 due to a combination of injury, illness and lack of form. He slipped as low as 230 in the world rankings in 2012 but a stunning upturn in form the following year saw him standing on the first tee alongside Justin Rose at Gleneagles in 2014. The duo would claim three points together as Europe won the cup again and while they were paired three times in 2016, they would take just a single point, with Stenson also winning his singles match as Europe lost for the first time in eight years. Stenson needed a captain’s pick in 2018 but repaid the faith shown by Thomas Bjorn, winning three points from three, including two more alongside Rose, to take his career tally to 11.

What kind of captain will he be?

One thing for sure is the European team room will be a fun place to be. Stenson is renowned for being one of golf’s funny men, with European Ryder Cup director Guy Kinnings even citing his “dry sense of humour” and “fantastic warm personality” when announcing his selection. Stenson was asked after the birth of his daughter Alice in October 2014 whether he and his wife Emma planned to have more children and joked that he hadn’t “done any official snip-snips as of now”. The assembled reporters burst out laughing and when his questioner insisted that was not what he asked, Stenson replied: “But that’s what you wanted to know. You just didn’t have the balls to ask.” He even managed to win over the crowd at Hazeltine in a 2016 Ryder Cup where the hostile behaviour of the home crowd was often in question. After putting his opening tee-shot in the singles into an area full of portable toilets, the gleeful home crowd soon came round to Stenson’s side when he said: “Well, that’s a s*** shot.” Also the star of many of the DP World Tour’s social media videos, his combination of iceman on the course and joker off it could be the perfect combination for Europe.

Who did he beat to the job?

For a long time, it was assumed that Lee Westwood would be Europe’s leader in 2023 but when the Englishman dropped out to concentrate on a playing career that still sees him around the world’s top 50, the field was wide open. Luke Donald then became many people’s favourite, with Sergio Garcia backing his former Ryder Cup playing partner for the role, while Stenson was mentioned alongside countryman Robert Karlsson and Scot Paul Lawrie. In the end, the committee – made up of the three most recent captains Padraig Harrington, Thomas Bjorn and Darren Clarke along with DP World Tour player director David Howell and chief executive Keith Pelley – went for Stenson. Stenson is 45 and with Lawrie, 53, Karlsson, 52, Westwood, 48, Donald, 44, Garcia, 42, Ian Poulter, 46, and Graeme McDowell, 42, among those queueing up for the top job, future committees may have to decide which of Europe’s golden generation will miss out.

Will he have a team that can win?

After the 19-9 drubbing at Whistling Straits, it is possible that 2023 will be too soon for a European renaissance. Jon Rahm, Viktor Hovland and Rory McIlroy will continue to be shining lights for Europe for years to come but Tyrrell Hatton is the only other European currently in the world’s top 20. Paul Casey, 44, is likely to have another Ryder Cup in him, while the likes of Matt Fitzpatrick, Thomas Pieters, Tommy Fleetwood and Shane Lowry have already played in the biennial showpiece. But hope may come from other sources, with Irishman Seamus Power making his mark on the PGA Tour and Danish identical twins Nicolai and Rasmus Hojgaard establishing themselves as stars on the DP World Tour. Rome may come too soon for Europe’s new generation to challenge the power of the United States but Stenson can make his mark on the rising stars.

We may be well over a year from knowing the teams but there is no doubt that the Americans will take a young, hungry and incredibly talented set of players to Marco Simone Golf and Country Club. Stars of 2021 Collin Morikawa, Scottie Scheffler and Xander Schauffele will still be in their 20s, while Patrick Cantlay, Justin Thomas, Bryson DeChambeau, Jordan Spieth and Brooks Koepka will only be in their early 30s. Even five-point hero Dustin Johnson will not yet be 40 as the Americans look to establish a period of dominance similar to that enjoyed by Europe in recent years. And in skipper Zach Johnson they have taken a page out of Europe’s captaincy book. At 46, he is young enough to still have a connection with his younger players and has also served as a vice captain – not to mention won two major championships. If Stenson can guide Europe to victory against such a strong United States team in 2023, he may join the list of great European captains.