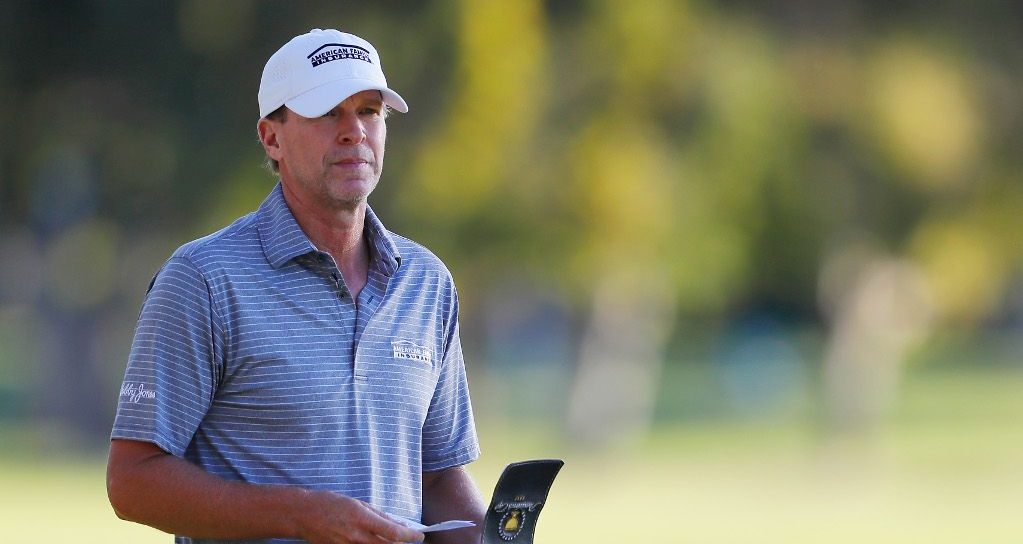 Steve Stricker admits he is still waiting patiently to hear whether or not he will lead Team USA at next year’s Ryder Cup at Whistling Straits.

Stricker is back on the PGA Tour this week for the Waste Management Phoenix Open, and when asked how he still gets motivated to go out there and play every week as a 51-year-old who has already made nearly $44 million in earnings, his answer was a simple one.

“I want to play and contend and try to win again out here,” Stricker said. “That keeps me focused. I’m trying to work hard and still do good things out here on this Tour.”

Of course, his form on the course isn’t the only thing currently occupying Stricker’s mind.

The Wisconsin native is still waiting to hear if he will be selected to lead the Americans when the Ryder Cup returns to his home state next year.

While there is widespread belief that he is the right man to succeed Jim Furyk, Stricker insists he hasn’t been given any assurances yet.

“I would love to be a part of it,” he said. “It’d be a huge honor and being right there in my home state would be super cool. To try to bring the cup back right there would be a great opportunity if they give it to me, and that’s the part I’m still waiting on. It’s not up to me and hopefully I get the opportunity. It’d be fun.”

Stricker does have experience as a victorious Presidents Cup captain, and believes he already has a blueprint for American success.

Asked about Furyk’s performance as captain at Le Golf National last year, Stricker said he did a great job and things just didn’t work out for him.

“I talked to him right after the Ryder Cup and kind of felt bad for him how it all played out at the end,” he said.

“I thought he did a wonderful job. He had everything covered and it just was unfortunate how it all came about at the end. He did a great job.”

This week’s PGA Tour stop at TPC Scottsdale is well known for being a far rowdier affair than is common in the golfing world, and Stricker admitted the atmosphere in Phoenix is unique.

“I’ve heard stories from other guys, some things that they’ve seen, people nearly having sex under the bleachers,” he said. “I’ve not seen anything like that. I’ve just heard stories of some of those things. Just really the whole rowdiness of it is all something we’re not too used to or too accustomed to.”