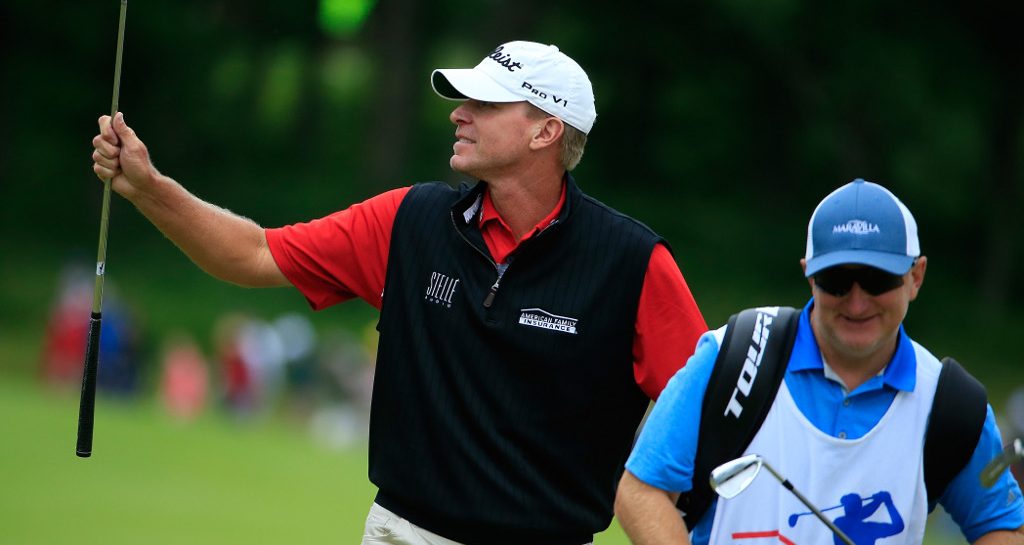 Team USA Ryder Cup captain Steve Stricker took the proactive approach to Patrick Reed ahead of speaking to the press.

The 2020 Ryder Cup takes place at Whistling Straits and Stricker is already on the offensive ahead of a spate of press conferences scheduled for Wednesday.

During the troubling 2018 Ryder Cup (for Team USA, at least) at Le Golf National, a frustrated Reed laid into Jordan Spieth for having too much power in the dressing room and Captain Jim Furyk for missing the point of team golf.

Instead of skirting the inevitable questions about Reed in the media, Sticker decided to call him.

“I figured I was going to get some questions about Patrick and all the stuff that transpired,” Stricker told AP.

“All I’ve seen is what was on social media, some of the golf outlets, things like that. I just wanted to hear from him, the truth from him. He explained himself, and how he thought he messed up at the Ryder Cup, and he wants to move forward. And that he’s got everybody’s back.”

https://t.co/lqkr6UKReu To be awarded an honorary Lifetime membership on the European Tour is one of the greatest honors I’ve received. To be one of of only four Americans after Arnold Palmer, Tom Watson and Jack Nicklaus means so much to me. Thank you so much. @EuropeanTour

Reed – who has since made up with Spieth – confirmed Striker’s words.

“The only thing I shouldn’t have done is talked to the media, but I felt like at the time it was the right thing to do,” he said.

“When I talked to him, I just said: ‘Hey, man, I want to let you know we’ve all moved past it. We’re a team. I feel like all of us are moving in the right direction. Now we’re trying to play as good as golf as we can and try to make the team.”

Fences mended? We believe so…