Spectator to sue after losing sight in one eye 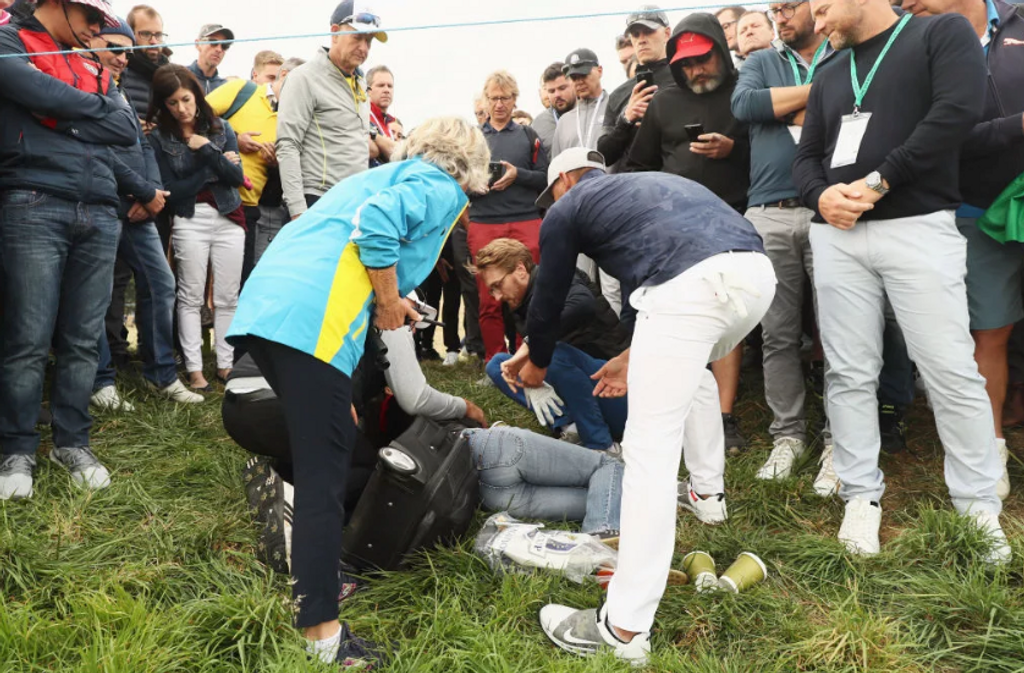 The spectator struck by a golf ball at last weekend’s Ryder Cup is suing the organisers after losing the sight in her right eye.

Corine Remande had travelled to Paris from Egypt with her husband to watch the biennial competition.

But the 49-year old’s trip ended abruptly when Brooks Koepka’s tee shot on the sixth hole flew into a crowd of spectators and hit her in the right eye.

“It happened so fast, I didn’t feel any pain when I was hit. I didn’t feel like the ball had struck my eye and then I felt the blood start to pour,” she said.

She received first aid on site before being transferred to an eye specialist in Paris.

Scans of her injured eye showed a “fracture of the right socket and the explosion of the eyeball”, she said.

Doctors managed to repair the eye, but confirmed on Monday that she would probably not recover her vision.

Koepka checked on her immediately after the incident and apologised to her, a gesture she said was appreciated.

However, Remande said on Monday that she would be taking legal action against the tournament organisers as there was no warning before the ball slammed into the gallery.

“Quite clearly, there is responsibility on their part,” she told AFP from hospital in Lyon.

“I want them to take care of all the medical bills to make sure there is no risk of infection,” she said.

She also criticised them for failing to contact her once she had left the venue.

In response, Europe’s governing body for the sport, the EPGA, said it be looking into the incident.