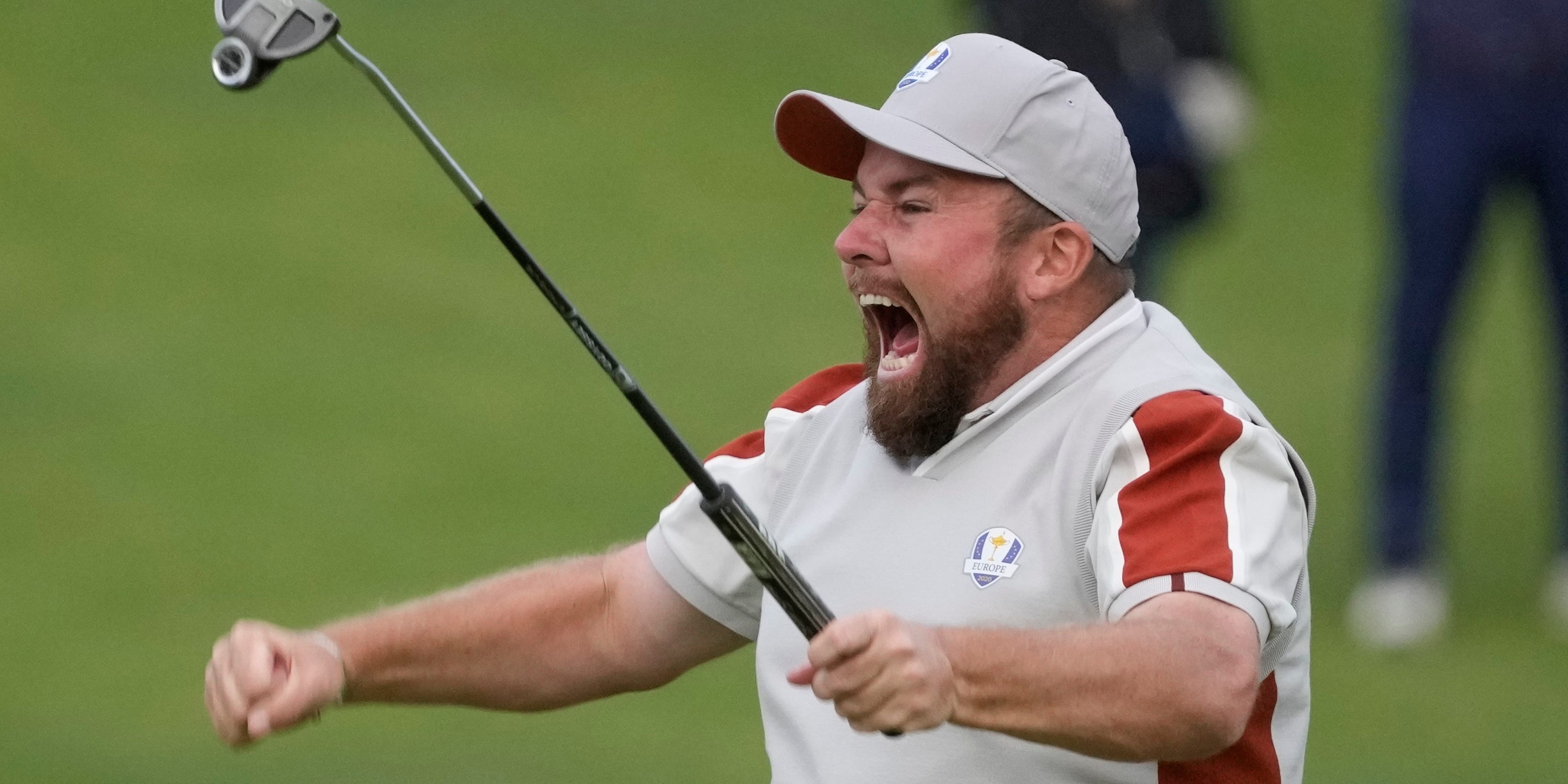 Shane Lowry’s sole ambition for the next two years is to make the Ryder Cup team again, despite the record defeat and “dog’s abuse” suffered by Europe’s players and families at Whistling Straits.

Padraig Harrington‘s European side were thrashed 19-9 in Wisconsin, the biggest winning margin in the modern era, as the United States fully justified their position as odds-on favourites with a dominant display.

But former Open champion Lowry still classes it as one of the best experiences of his career and is determined to be part of the side which will attempt to regain the trophy at Marco Simone Golf Club in Italy in 2023.

“I’m just so disappointed for Paddy to be honest,” Lowry said ahead of the Alfred Dunhill Links Championship. “I don’t think he deserves the beating we got last week.

“It’s hard because he’s a very good friend, and that’s what I’m most disappointed about last week is we didn’t perform as a team for him.

“But as regards the week itself, I couldn’t have envisaged what it would be like for me. It was amazing. It was one of the best experiences of my life, and it’s the only thing I want to do for the next two years.

“I don’t care what I do for the next two years now as long as I’m back in Rome to try to take the trophy back off them.”

With only a handful of European fans able to travel to Whistling Straits due to coronavirus restrictions, the atmosphere was even more one-sided than usual, with the visiting players booed when introduced on the first tee and subject to a chorus of inane heckling throughout the week.

“I didn’t think it was that bad until I asked my wife what it was like for her, and they got dog’s abuse going around as well,” Lowry added. “It’s not very nice for them to have to listen to it, but that’s a small percentage of the crowd.

“I finished my match on 16 on Sunday and I was walking back down to follow the other groups and I got a huge ovation off the crowd and in the grandstand on 16, that was pretty cool. And I thought I got on well with the crowd last week as best I could.

“They are obviously a home crowd and they are going to be a partisan crowd. Some of the stuff is not very nice. But look, that’s just the way it is. Some people are idiots, especially when they drink.

“Nobody turns into a genius with drinking, and that’s what they were doing last week. Especially if you were out in the afternoon matches, it was loud.

“As a team it was hard for us to perform our best because you stand up and you hit a three-iron into 10 feet from 250 yards and you don’t even get a ripple of applause. You almost get booed for it.

“But I tried to take it as best I could. I think I performed OK. I don’t think it’s going to be like that in Rome. We will obviously have the home support, but we’ll be hopefully winning a bit of a different way.”

Lowry admits in an ideal world he would be spending this week “at home on the couch”, but instead will be on the first tee at Carnoustie at 9am on Thursday.

“Obviously it’s going to be a little bit of a comedown from last week,” Lowry added. “It’s going to be hard to go out and play well, but I’m going to try my best.