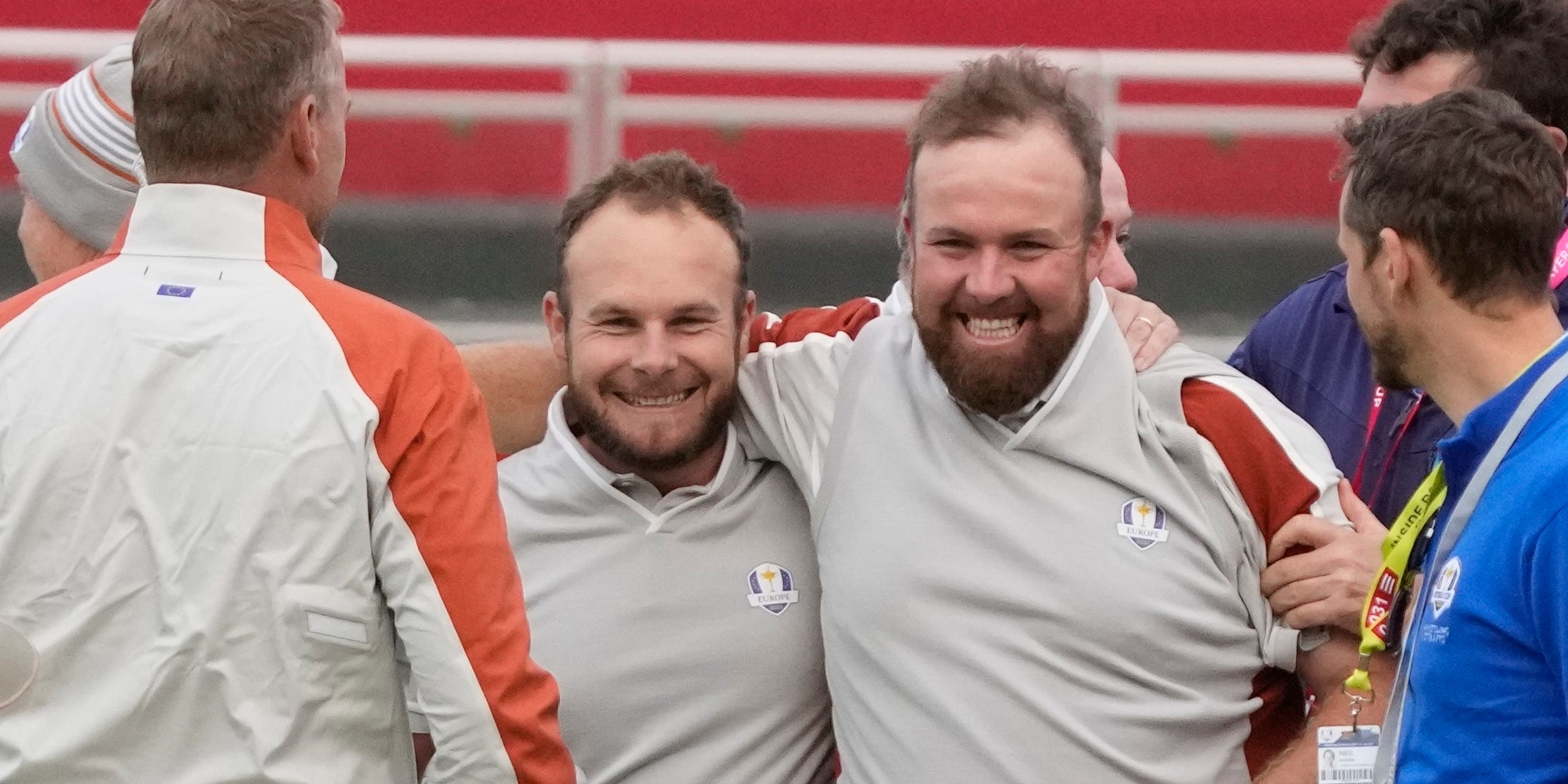 Europe need to produce an historic comeback to retain the Ryder Cup after the United States opened up an 11-5 lead at Whistling Straits.

A third straight victory for Jon Rahm and Sergio Garcia and a dramatic last-hole success for Shane Lowry and Tyrrell Hatton kept the away side’s slim hopes alive, although they will have to surpass the famous ‘Miracle at Medinah’ to retain the trophy.

On that occasion they trailed 10-6 heading into the 12 singles, but this time Steve Stricker’s side need just three and a half points on Sunday to complete victory.

Sergio Garcia and Jon Rahm had just lost the 15th to see their lead cut to one hole against Brooks Koepka and Daniel Berger when Garcia produced a stunning approach to the par-five 16th to set up a conceded eagle.

Moment of the day

Brooks Koepka did his image no favours by swearing at two referees after failing to get free relief from a bad lie on the 15th, before proving the ruling was right all along by hitting his shot on to the green.

Top statistician Justin Ray points out the size of Europe’s task on Sunday.

“It was a good shot and at the right moment, too. Obviously someone in the crowd shouted, ‘Come on, you’re going to choke,’ and it was nice to prove him wrong I guess.” – Garcia discusses that shot to the 16th in the foursomes.

One social media found the funny side in Rory McIlroy’s struggles, suggesting Europe should have picked South-Africa born Rory Sabbatini instead, who now represents Slovakia and won a silver medal in the Tokyo Olympics.

12 singles matches starting at 1704BST with the United States requiring there and a half points to regain the trophy.