Ryder Cup day one: Rory McIlroy confident Europe can recover from 6-2 down 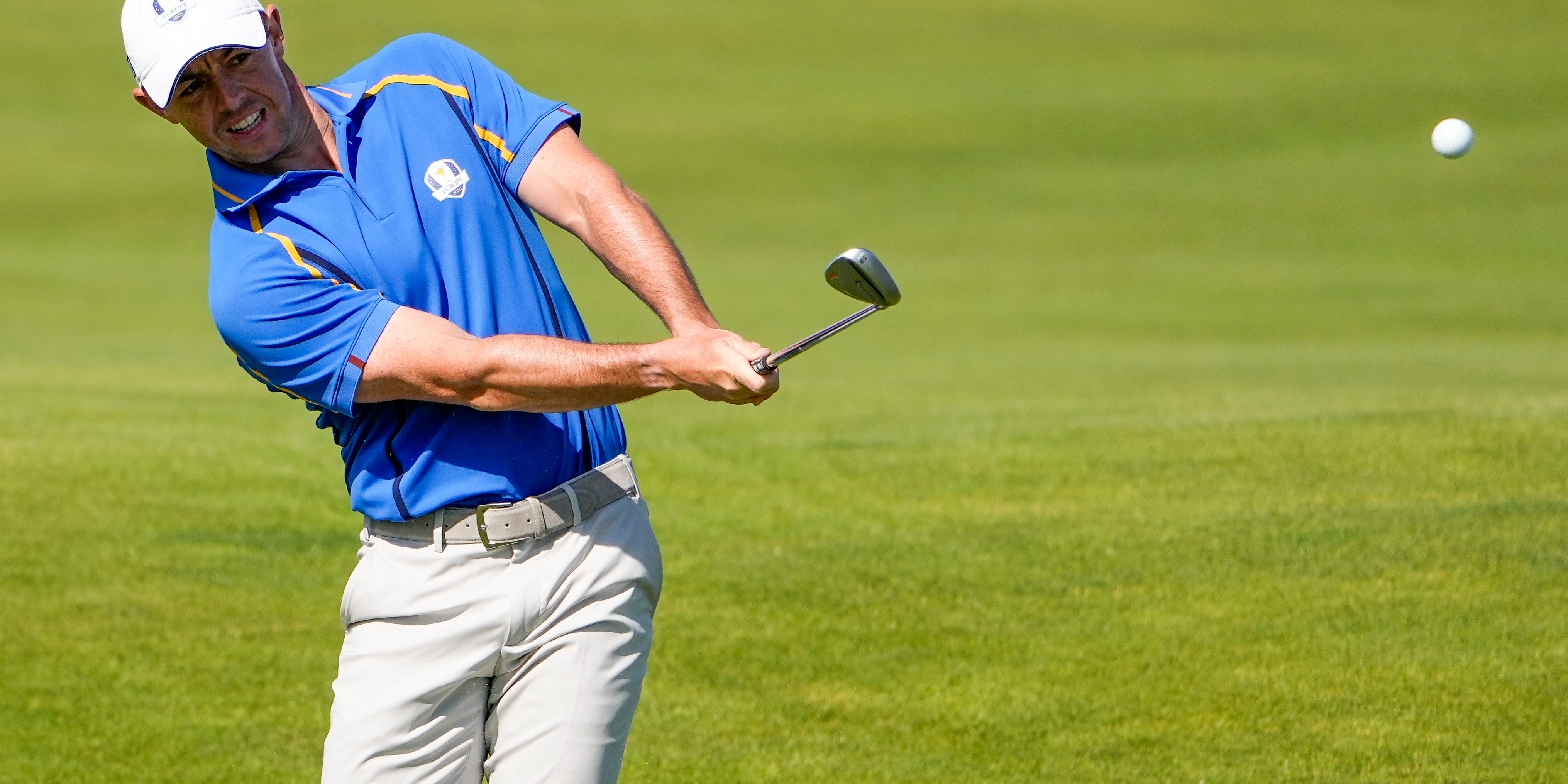 Rory McIlroy insisted Europe could recover from 6-2 down to retain the Ryder Cup, despite seeing his streak of 26 consecutive matches come to an end at Whistling Straits.

Padraig Harrington’s side lost both sessions on the opening day 3-1 and won just one match outright, world number one Jon Rahm and Sergio Garcia defeating Justin Thomas and Jordan Spieth in the first foursomes contest.

McIlroy lost twice in the same day for the first time and did not even reach the 16th hole in defeats alongside Ian Poulter and Shane Lowry, with the four-time major winner then left out of a session for the first time in his career.

“We can come back from 6-2,” McIlroy insisted after a 4 and 3 loss with Lowry in the fourballs which meant that the Northern Irishman has now won just two of his last eight Ryder Cup matches.
Shot of the day

Bryson DeChambeau has been preparing for a long-drive contest immediately after the Ryder Cup and it certainly looked like it on the par-five fifth.

Moment of the day

Jordan Spieth was left in a near-impossible position after team-mate Justin Thomas missed the green on the par-three 17th, but not only produced a stunning recovery but also did superbly well to keep his balance while almost running into Lake Michigan.

The omens do not look good for Europe after day one.

“I knew if it was a little downwind I could take a unique line and I luckily was able to have that wind today. So I just aimed at the green and bombs away.” – Bryson DeChambeau describes his amazing drive on the fifth.

Tommy Fleetwood pulled his second shot to the 16th into Lake Michigan and had to settle for half a point in the final match of day one.