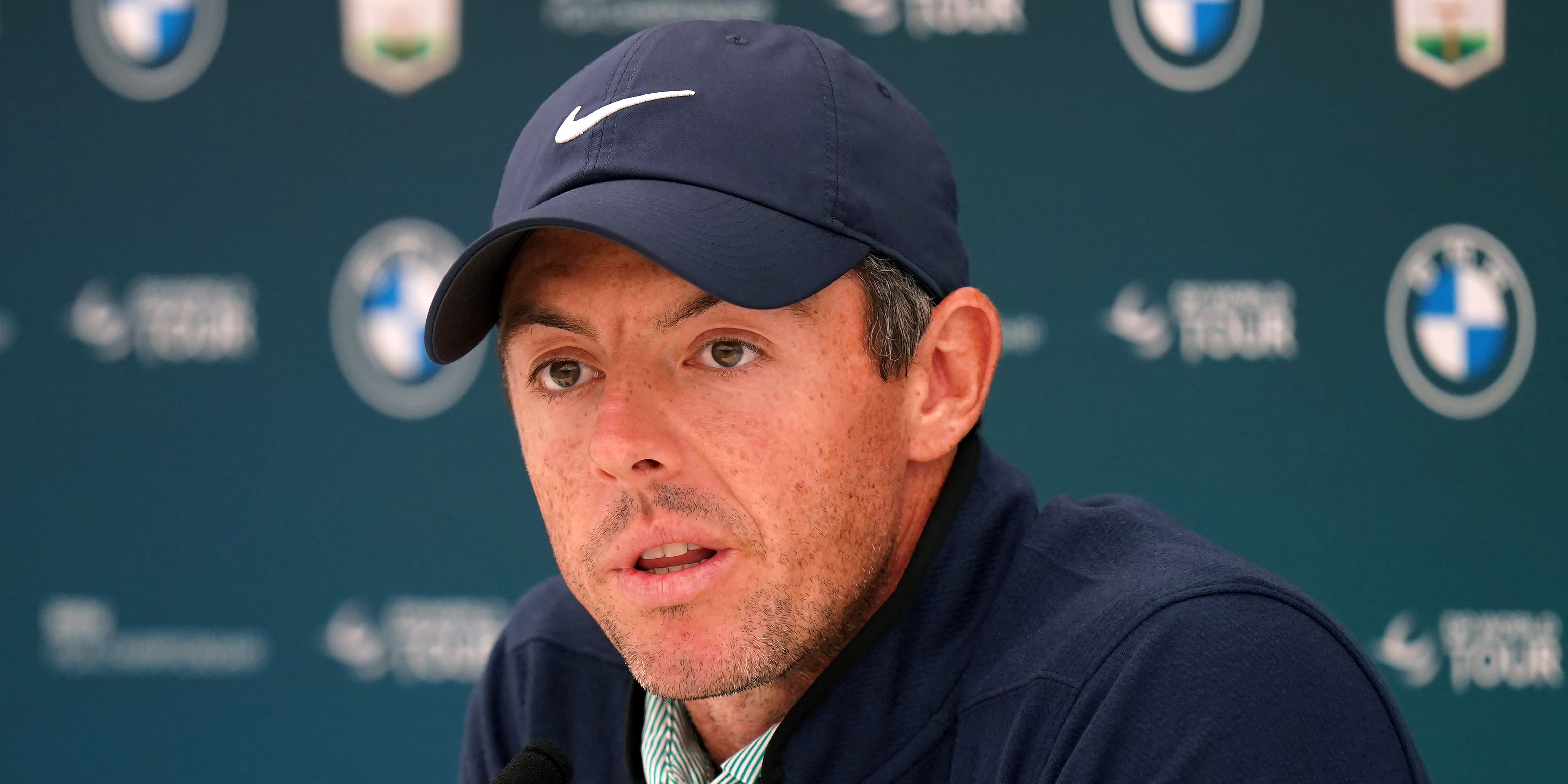 Rory McIlroy admits his relationship with a number of Ryder Cup team-mates has been significantly damaged by their defection to LIV Golf.

Five members of the team beaten at Whistling Straits last year have joined the Saudi-funded breakaway along with Henrik Stenson, whose decision saw him stripped of the captaincy for next year’s contest in Rome.

Four of those five – Ian Poulter, Lee Westwood, Sergio Garcia and Bernd Wiesberger – are among the LIV contingent in the field for this week’s BMW PGA Championship at Wentworth, a factor McIlroy said he would find “hard to stomach”.

“They are here. They are playing the golf tournament. My opinion is they shouldn’t be here, but again that’s just my opinion.

“But if you’re just talking about Ryder Cup, that’s not the future of the Ryder Cup team. They’ve played in probably a combined 25, 30 Ryder Cups, whatever it is.

“The Hojgaards (Rasmus and Nicolai), Bobby Mac (Robert MacIntyre), whoever else is coming up. They are the future of the Ryder Cup team. That’s what we should be thinking about and talking about.”

McIlroy also could not resist a couple of digs at the LIV rebels, who have been banned by the PGA Tour for joining the breakaway and its 54-hole events.

Asked about the prospect of battling a LIV player in the final round on Sunday, he said: “I’ll be trying to win a golf tournament regardless. They are going to be pretty tired on Sunday – it will be the fourth day.”

As for the possibility of LIV players getting back on to the traditional tours if they wanted to return, the four-time major winner said: “I mean they can always go through Q-School, yeah.”

McIlroy has emerged as one of the most vocal supporters of the PGA Tour and DP World Tour as they try to combat the threat of LIV Golf, which he likens to a “soap opera”.

“It’s incredibly divisive and does it bring more eyeballs on to golf? Probably, because people are interested in the soap opera of it all, but that’s not golf,” he said.

“The most interesting thing about LIV is the rumours and who is going and who is not going. It’s not the golf right now. It might be at some stage, but right now it’s the rumour mill that’s fuelling it.

“So when you come back here and you play DP World Tour or PGA Tour, you’re watching the golf and you’re watching who is going to win tournaments and have context and mean something. That’s why I’m speaking up.”