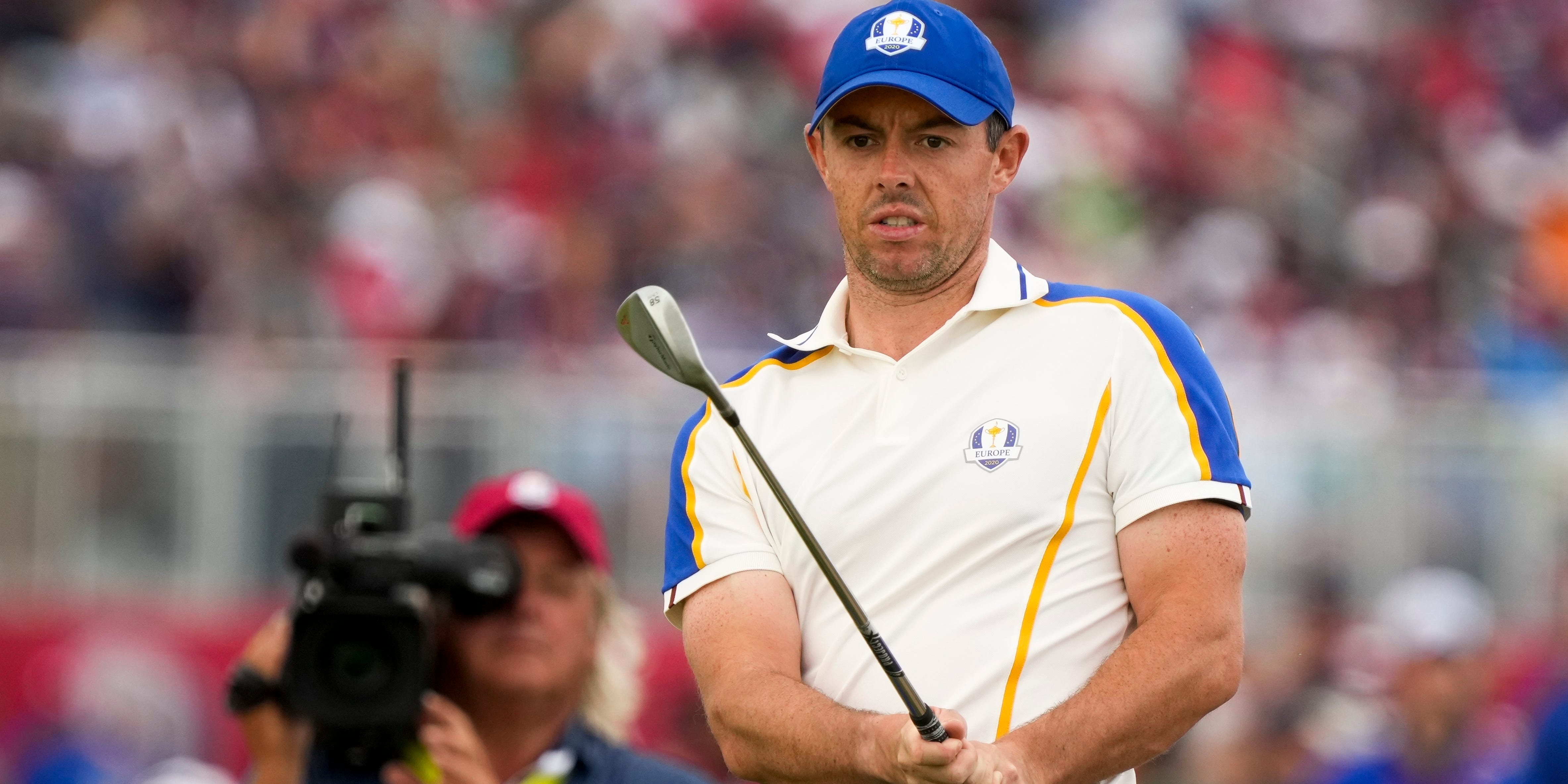 An emotional Rory McIlroy was reduced to tears as the United States regained the Ryder Cup with an utterly dominant performance at Whistling Straits.

Trailing 11-5 heading into Sunday’s 12 singles matches, Padraig Harrington’s European team needed a comeback greater than 2012’s ‘Miracle at Medinah’ to retain the trophy, with the home side requiring just three and a half points.

But although McIlroy belatedly found some form to beat Xander Schauffele in the opening match, the previously unbeaten Jon Rahm lost to Scottie Scheffler and Patrick Cantlay defeated Shane Lowry to take the home side to the brink of victory.

Bryson DeChambeau, who eagled the first hole after driving the green, ended Sergio Garcia’s unbeaten record with a 3 and 2 victory to make it 14-6 and it fell to Collin Morikawa to effectively secure victory with eight matches still on the course.

The Open champion’s birdie on the 17th guaranteed him half a point against Viktor Hovland and the home celebrations could begin.

McIlroy had been benched for the first time in his Ryder Cup career after two defeats on the opening day and lost again on Saturday afternoon, but birdied the first hole against Olympic champion Schauffele and was never headed.

Asked to describe the challenge of playing in front of the partisan crowd, McIlroy struggled to compose himself before saying: “I love being a part of this team and I wish I could have done more for them this week.

“I’m glad I put a point on the board for them but I just can’t wait to get another shot at this.”

McIlroy, who famously described the Ryder Cup as an “exhibition” before making his debut at Celtic Manor in 2010, added: “I’ve never cried about what I’ve done as an individual, I couldn’t give a s***.

“It’s been a tough week but the more and more I play in this event I realise it’s the best event in golf bar none. No matter what happens after this I am proud of every single one of the players that played this week, I am proud of our captain and vice-captains.”

Rahm had been in brilliant form over the first two days, partnering Garcia to three wins and also halving his match alongside Tyrrell Hatton, but ran into an inspired Scheffler who birdied the first four holes and never eased up.

Lowry briefly led against FedEx Cup winner Cantlay but never recovered from losing the fourth, fifth and sixth and eventually lost 4 and 2.