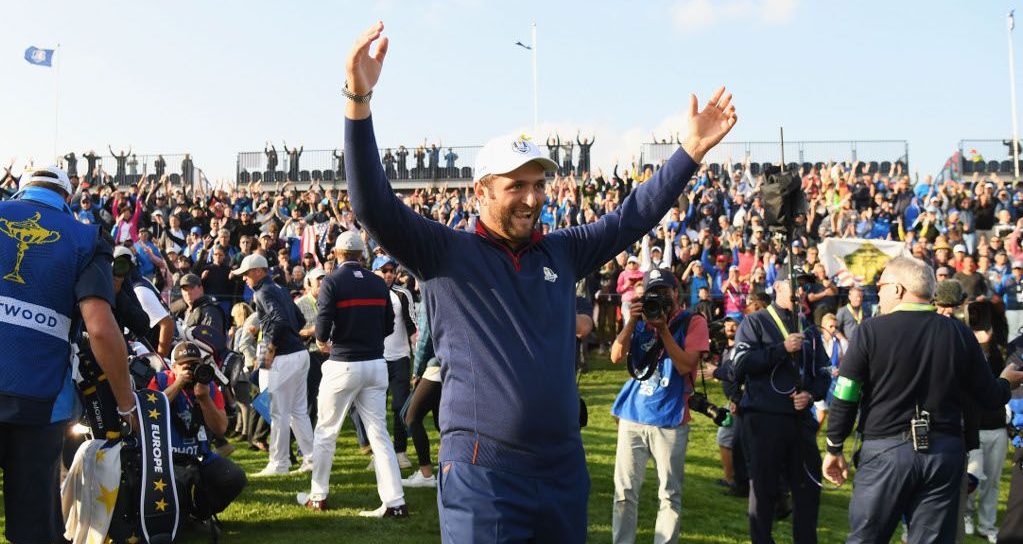 World number eight Jon Rahm has explained what was going through his mind following his singles win over Tiger Woods at the Ryder Cup.

There were plenty of highlights for Team Europe following their comfortable Ryder Cup victory last month, but right up there near the top has to be Rahm’s reaction to defeating Woods on Sunday’s singles.

The Spaniard, who at 23-years-old was the youngest player at this year’s tournament, showed plenty of emotion when he rolled in the five footer to defeat the 14-time major winner.

“People don’t realize how big a moment it was for me,” Rahm told golf.com about standing over that faithful five-footer.

“It was the first time I’d ever played with him. And right before I hit that putt someone yelled, ‘Do it for Seve!’ in Spanish. So I was like, ‘whoa.’ As if that putt wasn’t important enough!?

“It wasn’t until I made that putt that the emotion of winning because I was containing myself all day long trying to keep it under control.

“He was coming towards me with a smile still. I mean, I started crying. I got emotional, tears started coming out of my eyes.”