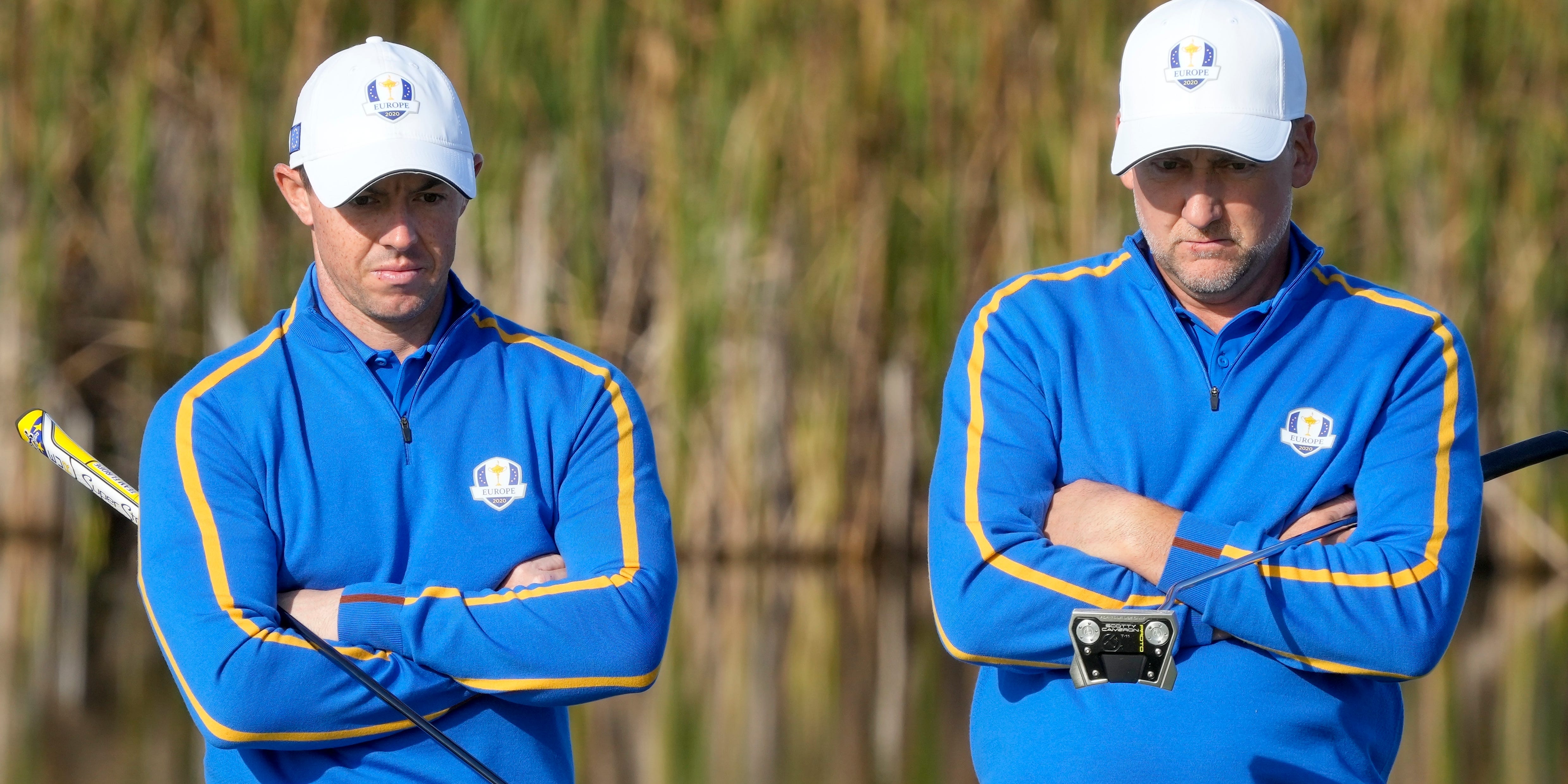 Europe captain Padraig Harrington defended his decision to leave Rory McIlroy out of a Ryder Cup session for the first time as his side fought back from a nightmare start to day two at Whistling Straits.

Trailing 6-2 after the opening day Europe desperately needed a fast start in the morning foursomes, only to immediately fall three down in each of the top two matches.

Jon Rahm and Sergio Garcia were Europe’s only winners on Friday but saw opponents Brooks Koepka and Daniel Berger birdie the first two holes and win the third with a par.

Dustin Johnson and Collin Morikawa started even better with three straight birdies against Paul Casey and Tyrrell Hatton, world number two Johnson chipping in from short of the green on the third.

Rahm and Garcia won the sixth and eighth to reduce their deficit and Garcia then chipped in on the ninth to get back to all square, while there was even better news in match three, with rookies Viktor Hovland and Bernd Wiesberger two up after seven against Jordan Spieth and Justin Thomas.

Lee Westwood and Matt Fitzpatrick were also one up after five holes of the bottom match against Xander Schauffele and Patrick Cantlay.