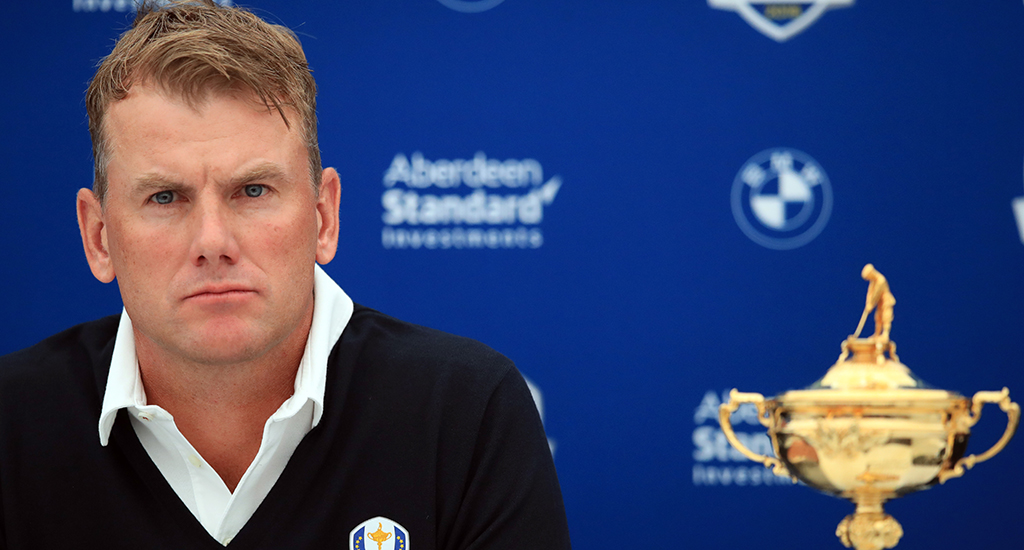 Europe’s Ryder Cup preparations are firmly underway after Padraig Harrington named Robert Karlsson as his first vice-captain for the 2020 event.

Karlsson, 50, performed the same role last year as Europe successfully wrestled the Ryder Cup from USA’s grasp, and he is set to reprise that role.

“He’s a brilliant vice captain,” Harrington said of Karlsson as he revealed the news at the BMW PGA Championship at Wentworth.

“Anybody involved in 2018 would have seen this as a no-brainer pick. He’s very logical, very straight, he doesn’t let the emotions get involved.

“We’ve played Ryder Cup matches together but ultimately he provides a great sounding board for myself.

“There will be other vice-captains but you have to wait for other guys who could make the team. I need a vice-captain now.

“He’s an icon for the northern Europeans and I need access to those guys.

Karlsson was a Ryder Cup player twice in his career and was a winner in 2006 at the K Club.

“It’s fantastic,” Karlsson added. “Padraig asked me a little while ago and I am really looking forward to this process and being part of a team again and helping Padraig along the way.”