On this day in 2002: Europe beat the United States in the Ryder Cup 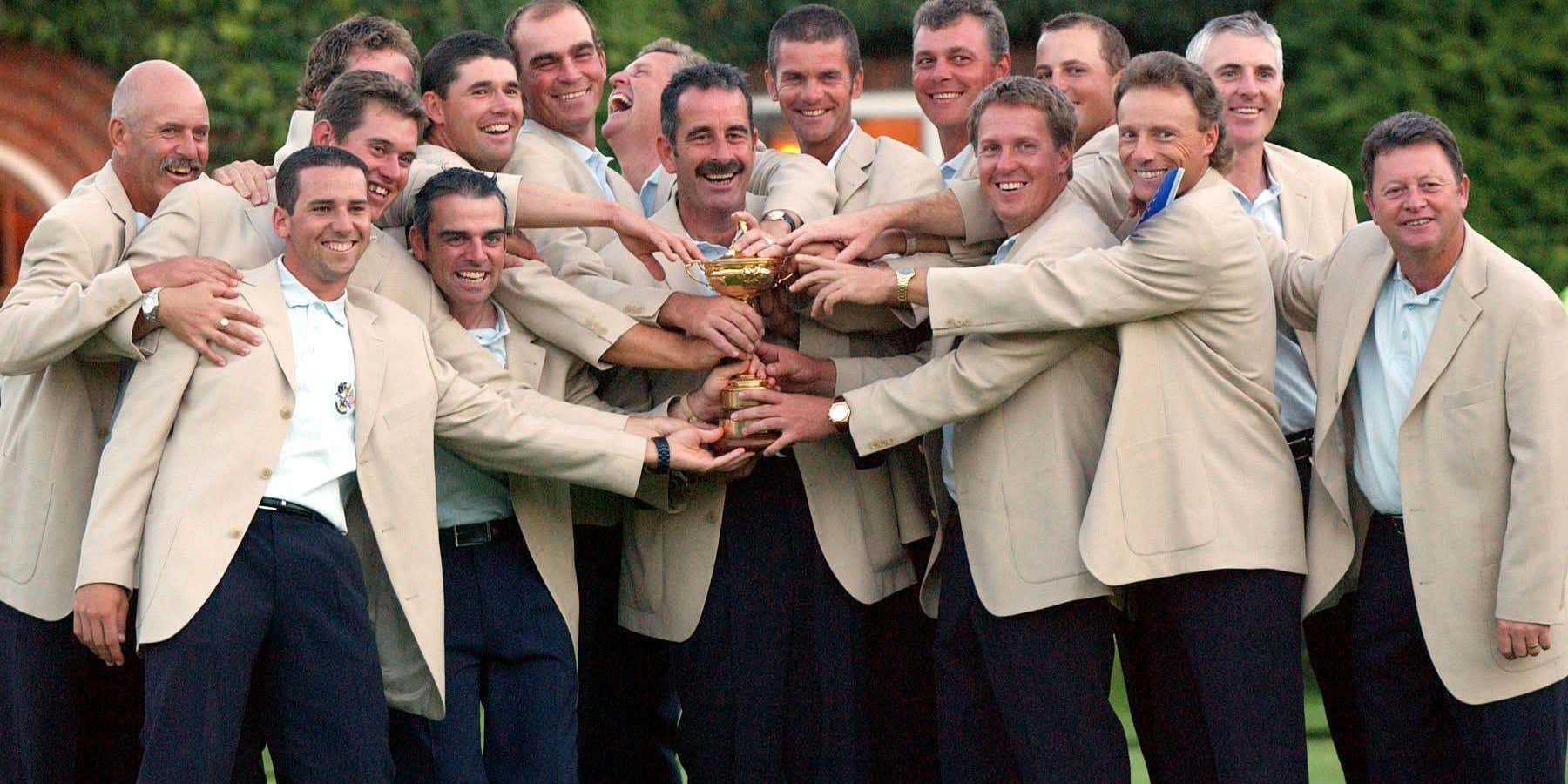 Europe regained the Ryder Cup by beating the United States at The Belfry after Paul McGinley sank a dramatic 10-foot putt, on this day in 2002.

Sam Torrance’s hosts went into the head-to-head clashes needing six and a half points for overall victory after the two teams were tied at 8-8 overnight.

Irishman McGinley held his nerve to secure a decisive half point against America’s Jim Furyk, sparking wild celebrations among spectators and the team, before he jubilantly leapt into the lake at the Warwickshire course.

Emotional Europe captain Torrance said: “It’s just fantastic. Tremendous. It was always going to be close, but we’ve won it.

“It had nothing to do with me. I led the boys to water, and they drank copiously.”

Torrance’s bold tactics of putting his strong men out first paid off handsomely.

Wins for Colin Montgomerie, Bernhard Langer – each unbeaten all week – Padraig Harrington and Thomas Bjorn contributing significantly to the 15½-12½ success.

Welshman Phillip Price beat world number two Phil Mickelson 3&2 with an incredible 25-foot pressure putt on the 16th to bring Europe within touching distance of avenging the 14 1⁄2–13 1⁄2 loss suffered in Brookline, Massachusetts in 1999.

And McGinley – who later captained Europe to success at Gleneagles in 2014 -subsequently seized his chance for a place in cup folklore, having trailed Furyk from the second hole onwards.

Defeated US captain Curtis Strange said: “Sam snookered me. I think he gambled a bit and it paid off. The fans seemed to carry the second half of their team.”