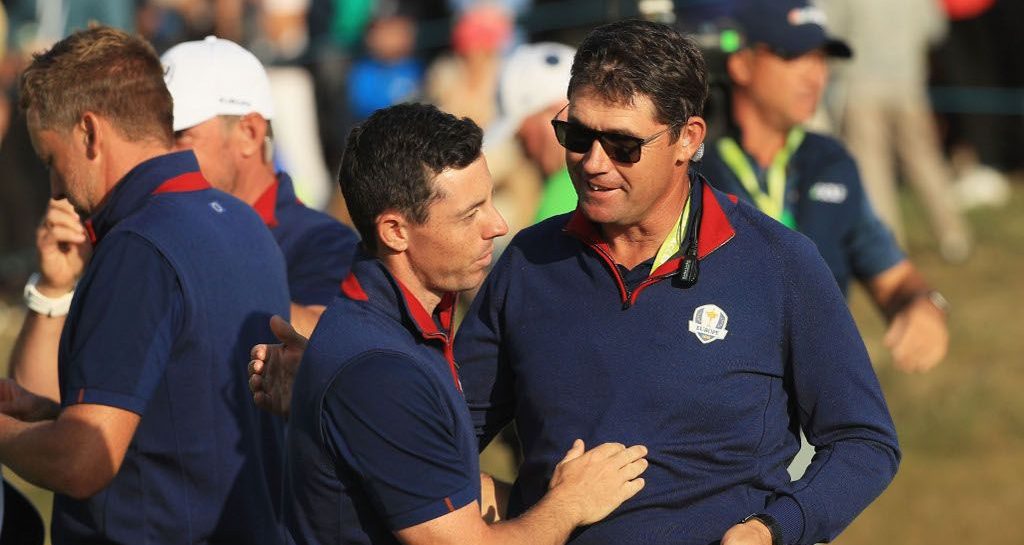 Rory McIlroy believes that Padraig Harrington is the obvious choice to succeed Thomas Bjorn as captain for the 2020 Ryder Cup.

Harrington is one of a number of candidates in line to lead Europe’s bid to retain the trophy at Whistling Straits in Wisconsin in two years’ time.

The 47-year-old Irishman has been a vice-captain for the past three Ryder Cups, after making six consecutive appearances as player between 1999 and 2010.

“I’ve always thought Padraig would be a good captain in the United States,” McIlroy told Sky Sports. “He’s won a lot of golf tournaments over there, he’s won a PGA Championship, so we’ll see.

“I think the continuity in the European camp having all these vice-captains this year and preparing for captaincy down the road has been a huge foundation of why we’ve been so good.

“No matter who the captain is next time they’ll be ready and I’m sure he will do a great job.”

Harrington has also declared his interest in the job.

“It’s an interesting one because I wouldn’t do it without a certain trepidation because it’s not easy, it really isn’t easy. It’s a tough, tough job.

“But on balance yes, I want to be a Ryder Cup captain at some stage.”