‘McIlroy a dead cert for Whistling Straits in 2020’ – Harrington 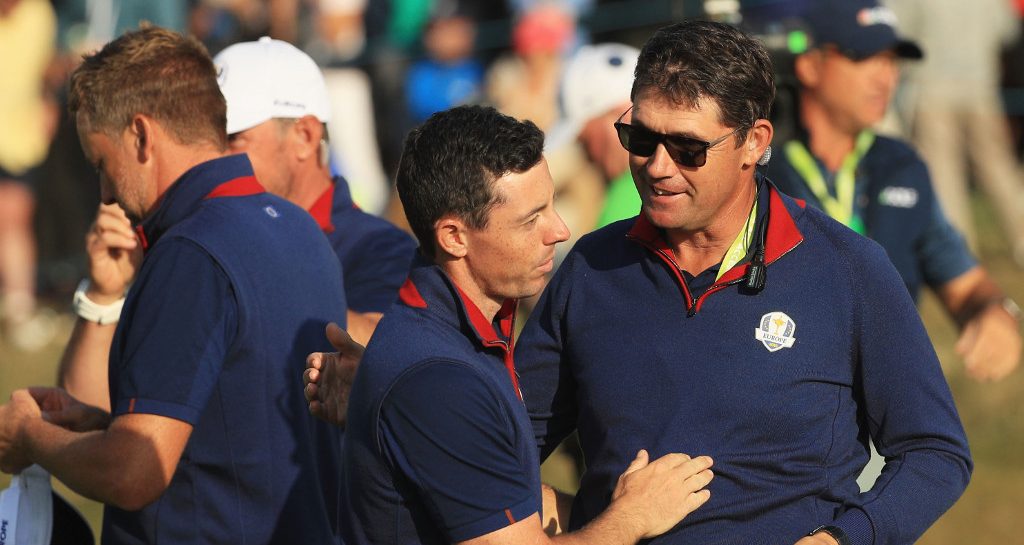 As far as Padraig Harrington is concerned, Rory McIlroy’s name is already on the team sheet for the 2020 Ryder Cup at Whistling Straits.

During his unveiling as European captain for next year’s contest in the USA, Harrington was questioned about McIlroy’s commitment to the cause after the Northern Irishman recently revealed he may not fulfil the requirements for European Tour membership next season.

Such a decision could leave him ineligible for the biennial competition, but Harrington was quick to play down any concerns over the four-time major champion’s commitment to the cause.

“I can only look at his actions. That man loves the Ryder Cup. He’s become a leader in the team room,” said Harrington.

“He gets the glory, the opportunity to be loved on the golf course. He gets the exuberance, the crowd.

“He will be 100 per cent behind and in that Ryder Cup team, there’s no doubt about it. You just have to know the man behind the scenes.”

McIlroy now lives in America and has made no bones about the fact that he considers the European Tour a stepping stone to bigger things.

But players must be a member of the European Tour to take part in the Ryder Cup. Regulations introduced in January 2017 clearly state that a player “cannot be a European Ryder Cup captain or a vice-captain if they decline membership of the European Tour or fail to fulfil their minimum event obligation in any season, from 2018 onwards.”

McIlroy is obligated to play four European Tour tournaments outside the majors and World Golf Championship events in order to retain membership, but currently only has two on his schedule.

“I know there are words there, but the actions nowhere near match up. He is as European as they come. Yes, he’s moved to the States. His family’s there.” Harrington added.

“He wants to win the Masters and those words are coming out but his actions are not that way at all. His actions are so European.”