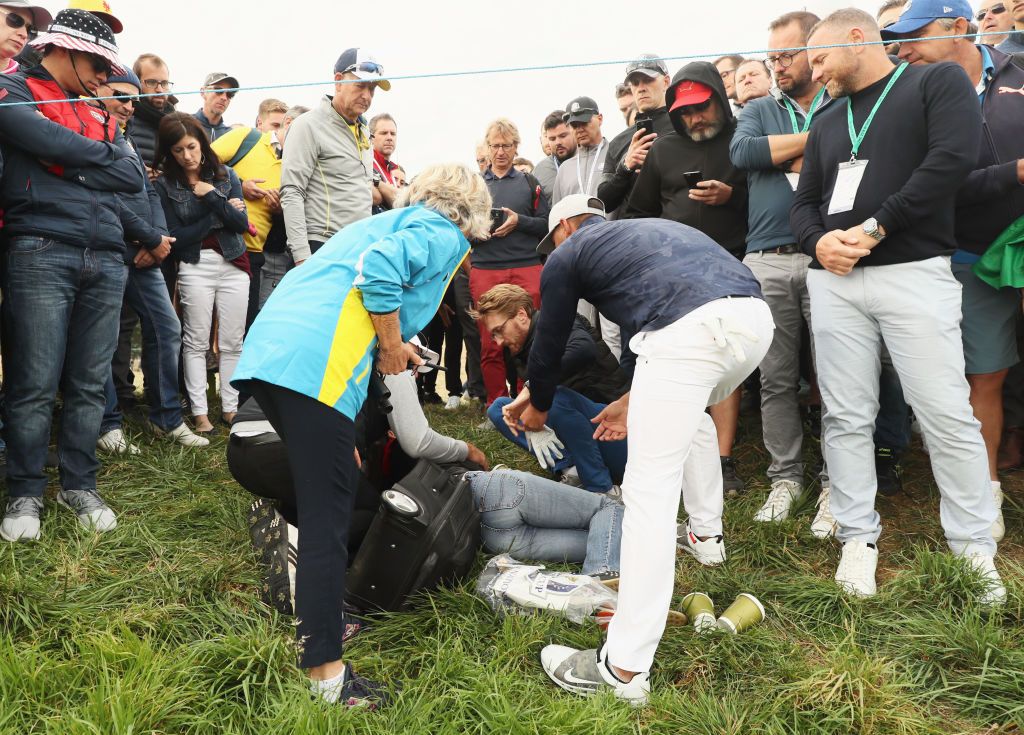 American golfer Brooks Koepka was left shaken after injuring a spectator when he hit her in the face with a wild tee shot on the first day of the Ryder Cup in France.

Koepka’s drive on the par-four sixth hole veered into the gallery on the left of the green and struck the woman.

Three-time major winner Koepka gave a signed glove to the woman, who received immediate medical attention before being taken to hospital.

Doctors have confirmed the injury is not serious.

“It doesn’t feel good. It really doesn’t,” Koepka said of the incident. “You feel terrible for them. You know exactly how they are feeling, especially when you’ve got to go over there and apologize.

“You don’t want to hit anybody in the face, especially not a woman, and it’s not a good feeling. It looked like it hurt. She was bleeding pretty good. It looked like it hit her right in the eye, so hopefully there’s no, you know, loss of vision or anything like that.”

Koepka said hitting fans is not an unusual occurrence.

“It’s not a fun feeling, and I probably do it way more than I should. It seems just about every week we’re hitting somebody, and you know, it’s unfortunate because you’re never trying to.

“It’s hard to control a golf ball and especially for 300 yards. A lot of times, the fans are very close.”

Koepka said he shouted a warning but wondered how much use it was.