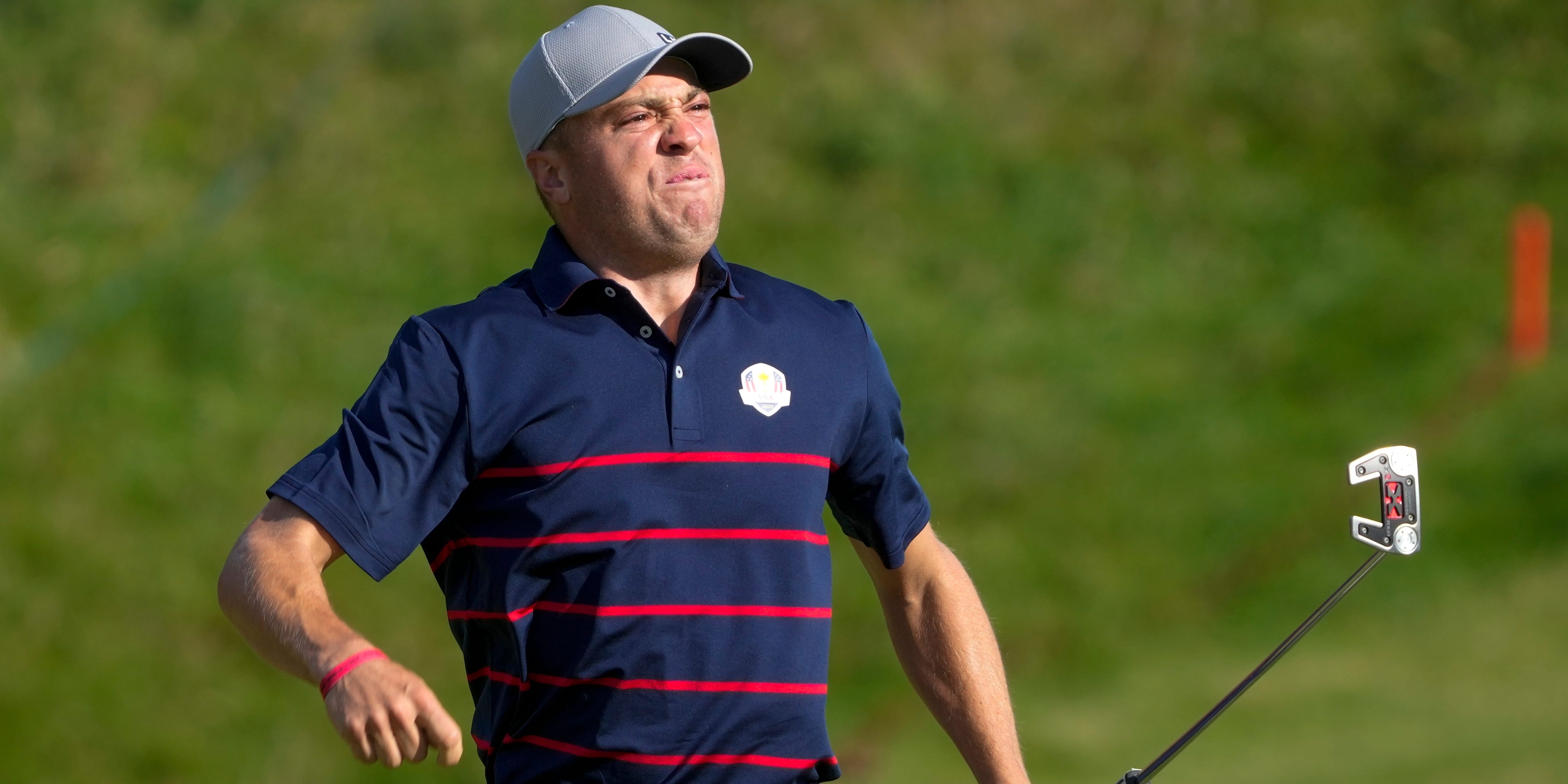 Justin Thomas and Daniel Berger made an early start on their Ryder Cup celebrations by downing cans of beer on the first tee at Whistling Straits.

Both players were left out of the Saturday afternoon fourballs, but with the United States holding a 9-3 lead they clearly felt in the mood to get the party started as they whipped up the home fans.

Some of the cans of beer thrown into the grandstand by the players were thrown back and Thomas picked one up and turned his baseball cap backwards before getting down on one knee and slugging most of the contents.

The former world number one then slammed the largely empty can into the ground as Berger also downed his beer to the delight of the gallery.

Thomas had earlier partnered Jordan Spieth to a foursomes victory over Viktor Hovland and Bernd Wiesberger, having lost to Sergio Garcia and Jon Rahm in the same format on Friday.

“It means a lot because, first off, we probably need to for the amount of grief we give Strick (Steve Stricker) for wanting to play together,” Thomas said.

“We just have a lot of confidence in each other. We know each other’s games which means a lot in terms of asking questions and whatnot.

“It’s so fun and I’m glad we can get a full point because we actually played a lot better yesterday and ran into a bit of a buzzsaw, but we grinded it out today.”