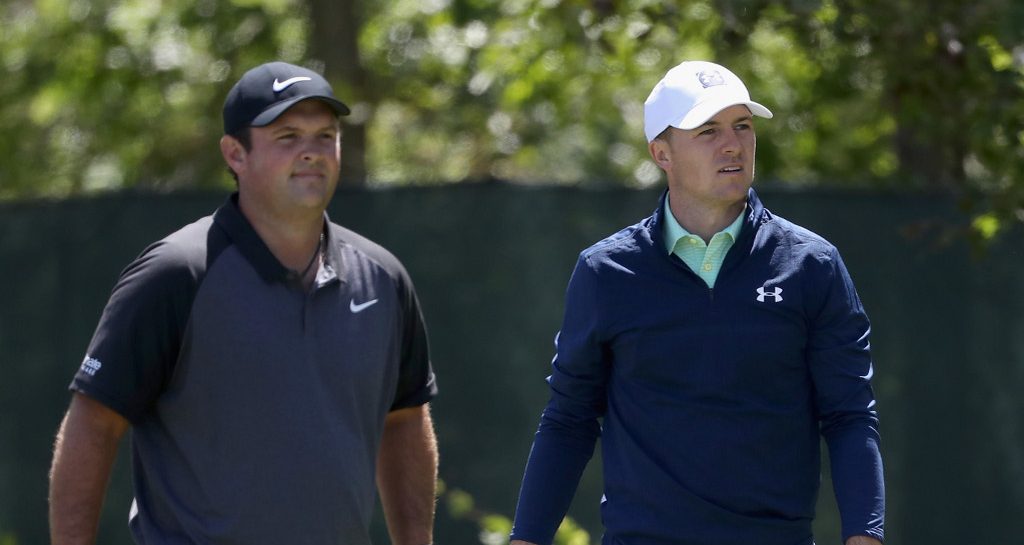 Jordan Spieth and Patrick Reed say they have moved on from their Ryder Cup disappointment and no longer have any animosity towards each other.

The duo were spotted sharing a pre-round embrace prior to the start of the third round of the Farmers Insurance Open where they were paired together, and even though Reed seemed a little surprised at Spieth coming in for the hug, the duo insist all is once again well between them.

Thar certainly wasn’t the case after last year’s Ryder Cup, when Reed vented his frustration at not being given a chance to renew his partnership with Spieth having lost only one of their seven matches together in 2014 and 2016.

Reed suggested that certain players in the US team – Spieth included – had too much power in the dressing room – to the detriment of the team as a whole.

Spieth, it seemed, no longer wanted to play with Reed and got his wish. The three-time major champion teamed up Justin Thomas for all four sessions instead.

And even though it seemed like there was still some lingering animosity between them as late as December of last year, Reed now insists they had cleared the air immediately after the Ryder Cup.

“Literally when we got off the plane, it was old news and we all moved on from there,” said the reigning Masters champion.

“It’s really nothing. We’re now just out here trying to play some good golf and trying to feed off each other as well as just trying to go out and shoot low numbers.”

Spieth, meanwhile, hinted that his hug with Reed at the Farmers was a sarcastic move aimed at the media, who he believes exaggerated the fued between them.

“It was more kind of sarcasm toward y’all,” said Spieth. “We’ve seen each other plenty of times at [the Sony Open in Hawaii] and here and everything’s been the way it normally is.

“We knew the cameras were on and we knew people were interested in that, so I just thought it would be kind of funny.”