Injured Ryder Cup fan: ‘I could have died’ 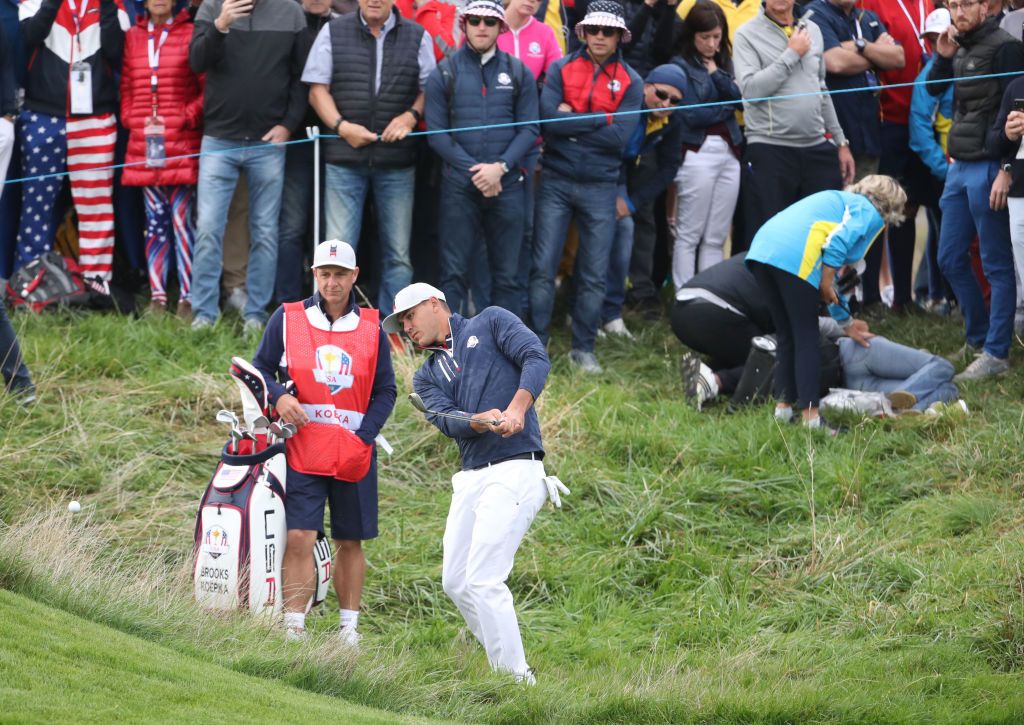 The fan blinded in one eye at the Ryder Cup said she could have died after being hit by the wayward drive.

Corine Remande, 49, was injured on the sixth hole at Le Golf National on Friday when a drive from American player Brooks Koepka flew into the crowd and struck her.

Speaking to the BBC, Remande said things could have been much worse if the ball had hit her on the side of the head.

“For me, it’s finished. I could not speak with you,” she said.

Remande and her husband were visiting France from their home in Egypt to watch the Ryder Cup when the accident happened.

She has vowed to take legal action against the tournament organisers, saying course officials did not give adequate warnings that the players were attempting to drive the green on the short par-4.

She also said that officials also failed to check on her condition or visit  her once she was taken to hopsital.

“It’s so nice to be on the golf course, to see the players. I hope that this terrible accident will improve safety for the public,” she said from hospital in Lyon.

“The doctor said immediately to my husband that it was a very big explosion in my eye and it was impossible for me now to see again with this eye.”

She added that she did not blame Koepka, who spoke to her in the immediate aftermath of the accident and has checked on her regularly since.

Speaking from St Andrews, where he is preparing to take part in the Dunhill Links Championship, Koepka said: “Yesterday was probably one of the worst days of my life.”

“I haven’t had too many tragedies in my family, where there has been a loss or even an accident. I’ve been lucky in that sense.

“I’m not the biggest on social media. But when I got here, there were seven missed calls and 25 text messages. I’m just really heartbroken. My stomach sank. I had a hard time trying to focus and play golf.

“I look forward to speaking with her today, or over the next few days, whatever it might be,” he said. “I just want to have a conversation with her. No one feels worse about this than I do. It’s a tragic accident. I’m heartbroken, and all messed up inside. It’s sad, and I really am torn up about it.”

Koepka also spoke out about reports alleging that he and Dustin Johnson were involved in a heated exchange at the post-Ryder Cup party on Sunday.

“There was no fight. There was no argument. He is one of my best friends; I love the kid to death.

“We talked on the phone Monday and yesterday. So tell me how we fought? I don’t know. People like to make a story and run with it.

“It’s actually quite funny to us. How could we get into a fight on the flight over? We were sleeping. It’s just laughable.

“I’d actually be curious to see who would win that fight, though. It would be interesting. It would be rough and rowdy. But we have never fought. That’s not our relationship. We are two even-keeled guys. I can’t remember raising my voice to him. And I don’t think he has ever raised his voice to me. Ever, in our four years of friendship. That’s not who we are.”