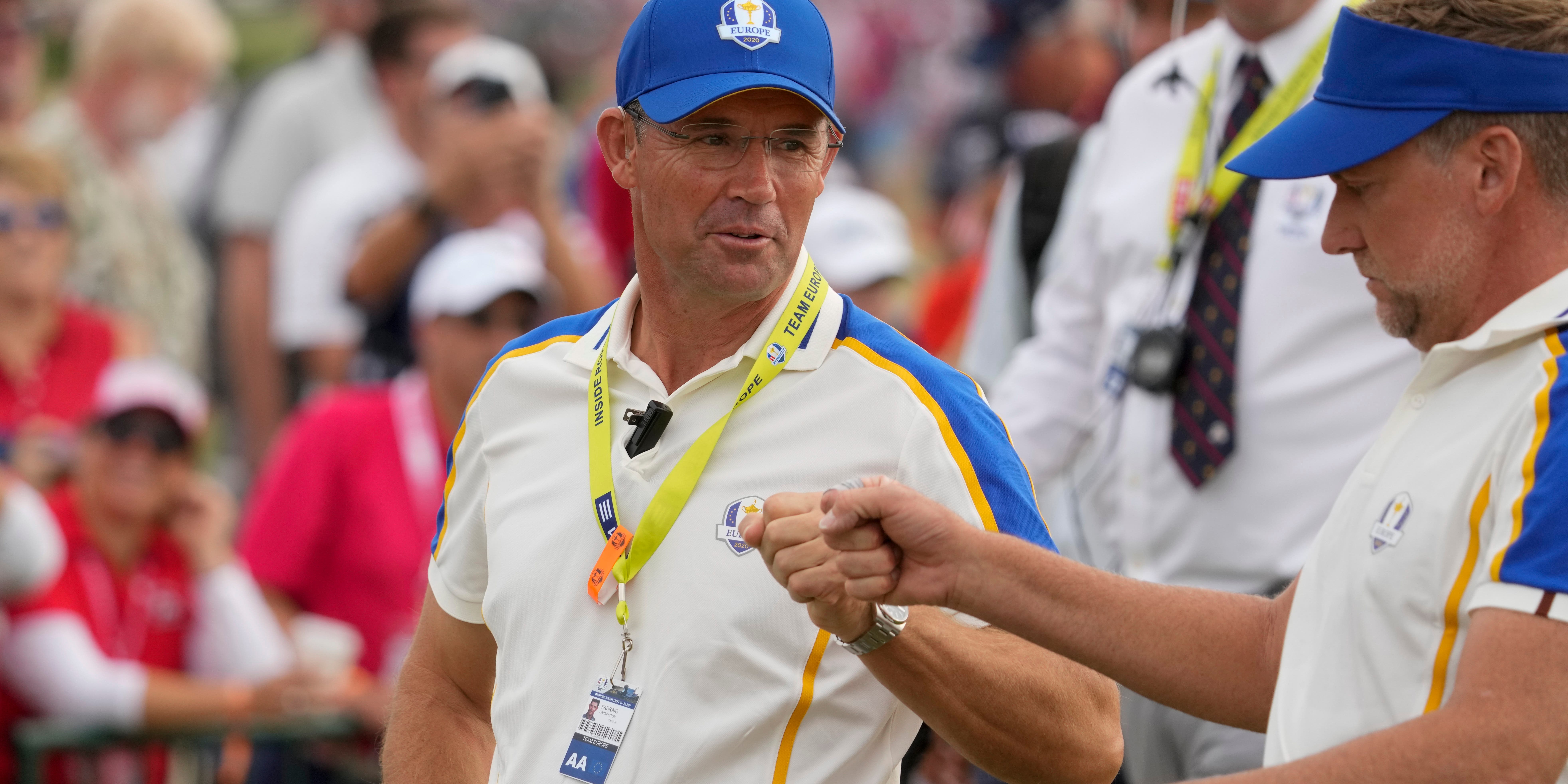 Ian Poulter believes Europe can emulate the United States and bring in a new generation of Ryder Cup stars, even if that means his own playing career is over.

Poulter maintained his proud unbeaten record in the singles with victory over Tony Finau at Whistling Straits, although the overall result had long since been decided as the home side cruised to a record 19-9 victory.

The 45-year-old is well aware that could prove to be his last involvement in the contest as a player as an aging European team faces a changing of the guard similar to that of a United States side missing the likes of Tiger Woods and Phil Mickelson, who was a vice-captain in Wisconsin.

“Tiger (Woods) is not here and Phil’s got a radio in his ear. They’ve handed the baton over,” Poulter said.

“In the team room on Saturday night there were a couple of emotional speakers and you just wish you were 20 years old again. That’s hard, when you’ve played so many, been part of so many successful teams.

“It’s hard when you get old and you know so many of the best days are behind you. We had a 25-minute drive into the course on Sunday and your mind starts wandering. Is this it? Is this going to be the last match in a Ryder Cup outfit?

“I don’t know. We’ll see. I’m 45, see how it pans out. Not saying never but realistically, looking at the strength of the (European) Tour it’s going to be very hard to get in the team next time.

“We’ve got a super crop of young players, the Hojgaard brothers (Rasmus and Nicolai) and more. We can do what America did. Our younger players can grow over the next few years like the Americans have.

“I’ll give it my all because these are the best weeks you’ll ever have. To have played seven is incredible, but you don’t know if it will be your last so it gets to you pretty good on the course. Even trying to close the game out, your mind starts wandering, it was hard to finish the game off. But it was nice to win.”

Poulter admitted he would be “upset” if Europe captain Padraig Harrington came in for criticism following the record defeat, conceding the visitors were simply outplayed by the strongest US side he had faced, and to be fair one quick check of the golf odds before things kicked off would have shown that it went the way it was expected.

“These are the best weeks of your career and I want to be involved at some level as long as I can,” he added. “I’ve been lucky enough to win good trophies but my memories as a pro really all come from the Ryder Cups I’ve played in.

“To have any association with it, there’s nothing like it. You see passion you don’t see anywhere else. Shane Lowry last night, have you ever seen him grow into an angry bear? It was fantastic to see. That’s what it means.

“He didn’t show that much emotion when he won the Open in his back garden. The Ryder Cup is remarkable what it does to people and it’s a joy to be part of.”