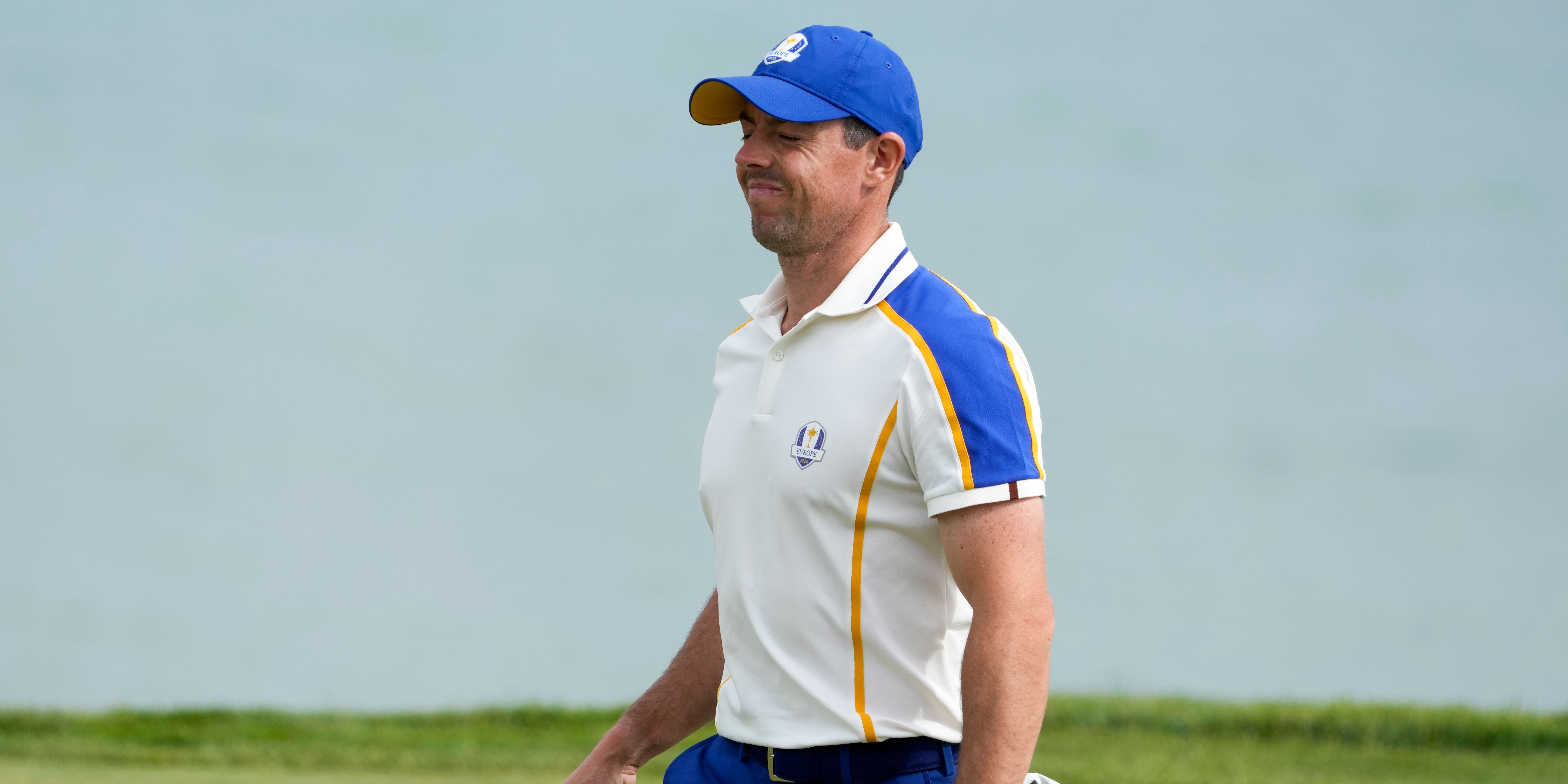 Rory McIlroy broke down in tears during an emotional interview after salvaging some personal pride from a disappointing Ryder Cup with a singles victory on Sunday.

The four-time major winner had been expected to lead the European challenge at Whistling Straits but suffered three defeats as he failed to fire over the first two days.

He rallied to beat Xander Schauffele 3 and 2 in the singles but the European team looked set to lose heavily to the United States.

Asked about his experience, McIlroy struggled to get his words out as he choked back the tears on live TV.

“I just… I love being a part of this team,” the Northern Irishman, who was playing his sixth Ryder Cup, said on Sky Sports. “I love my team-mates so much. I should have done more for them this week.

“I am glad I put a point on the board for Europe today, but I just can’t wait to get another shot at this.

“It is… by far the best experience in golf and I hope little boys and girls watching this today aspire to play in this or the Solheim Cup because there is nothing better than being part of a team, especially the bond we have in Europe.

“No matter what happens after this I am proud of every single one of the players that played this week, I am proud of our captain and vice-captains.

“I just wish I could have done a little more for the team. It has been a tough week.”

McIlroy further underlined his love for the Ryder Cup in another interview with American broadcaster NBC, and said he was not ashamed to cry about the matter.