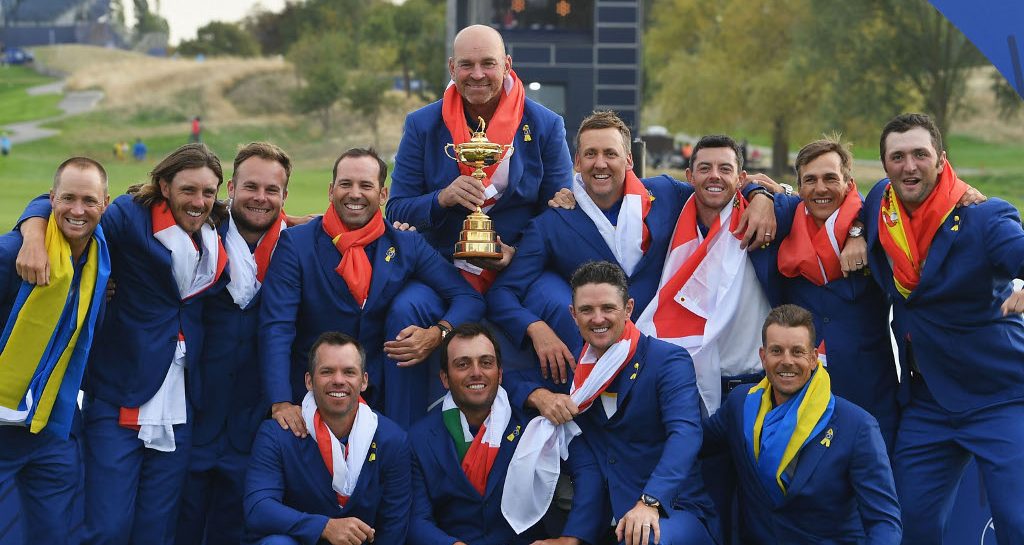 Europe won the Ryder Cup 17 ½ to 10 ½ on Sunday after storming to the finish line in the singles – securing 7½ of the 12 points on offer.

Leading 10 points to six heading into the singles on Sunday, Thomas Bjorn’s men were on the verge of defeating an American team that was believed by many to be greatest of all time. 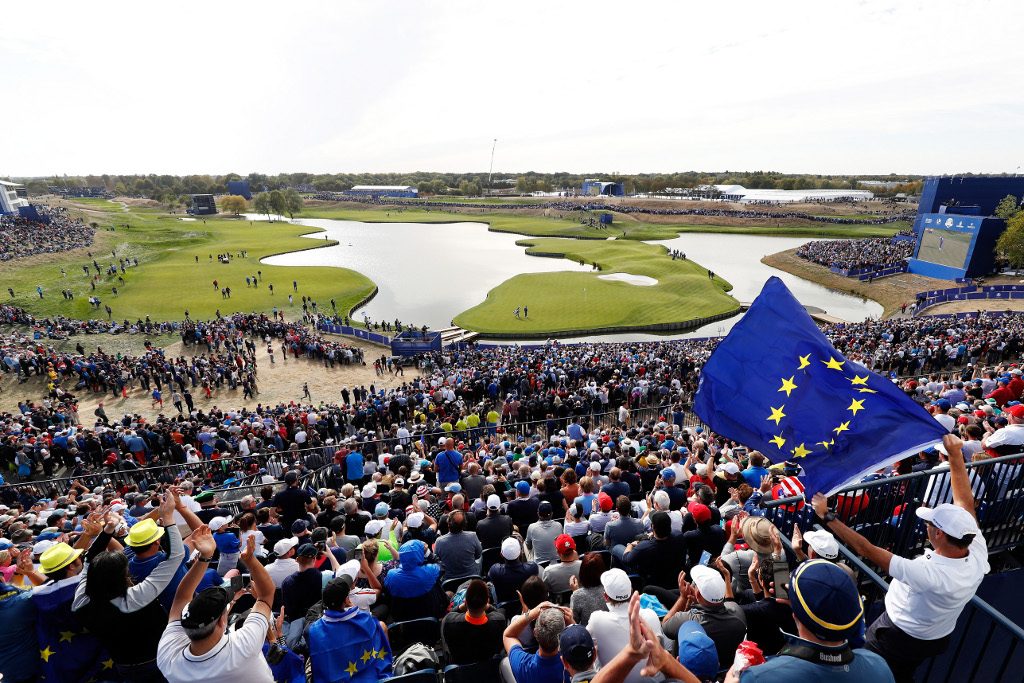 It looked a bit rocky for a while as the Americans came out firing in several of the opening matches, at one stage closing the gap to just one point, but the Europeans rallied superbly to ultimately inflict one of the more comprehensive defeats in Ryder Cup history. 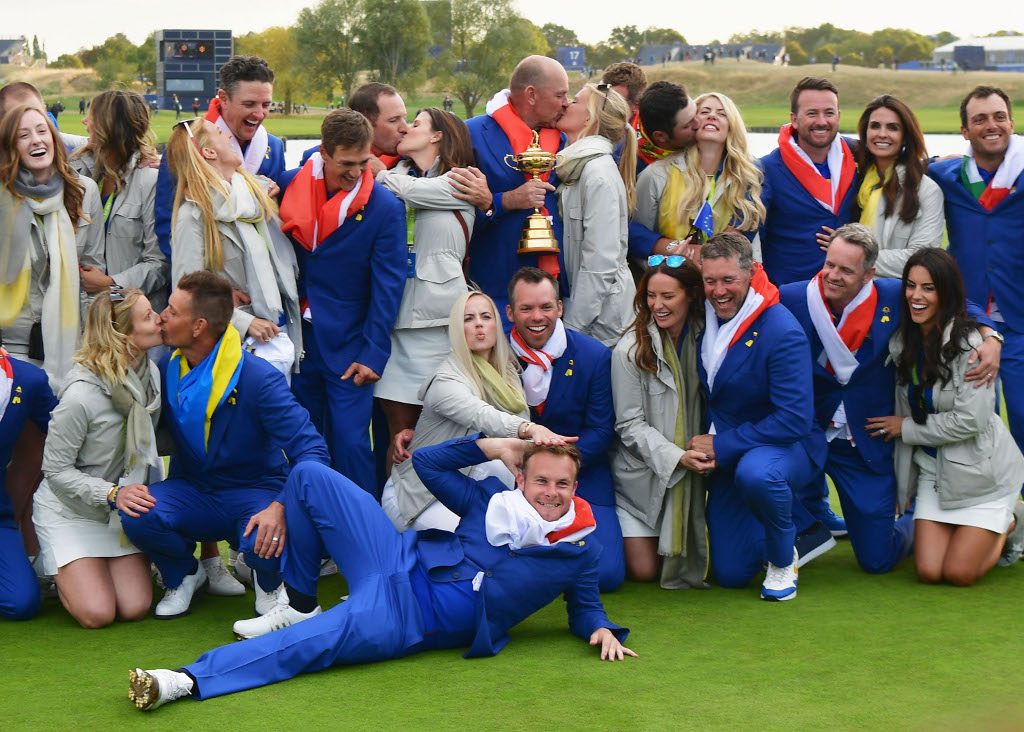 Jon Rahm stopped the rot though with a fearless toppling of Tiger Woods, handing the 14-time major champ his fourth straight defeat at Le Golf National this week.

But while Tony Finau caused a major upset when he stopped the in-form Tommy Fleetwood, Europe had momentum on their side and were not be denied. 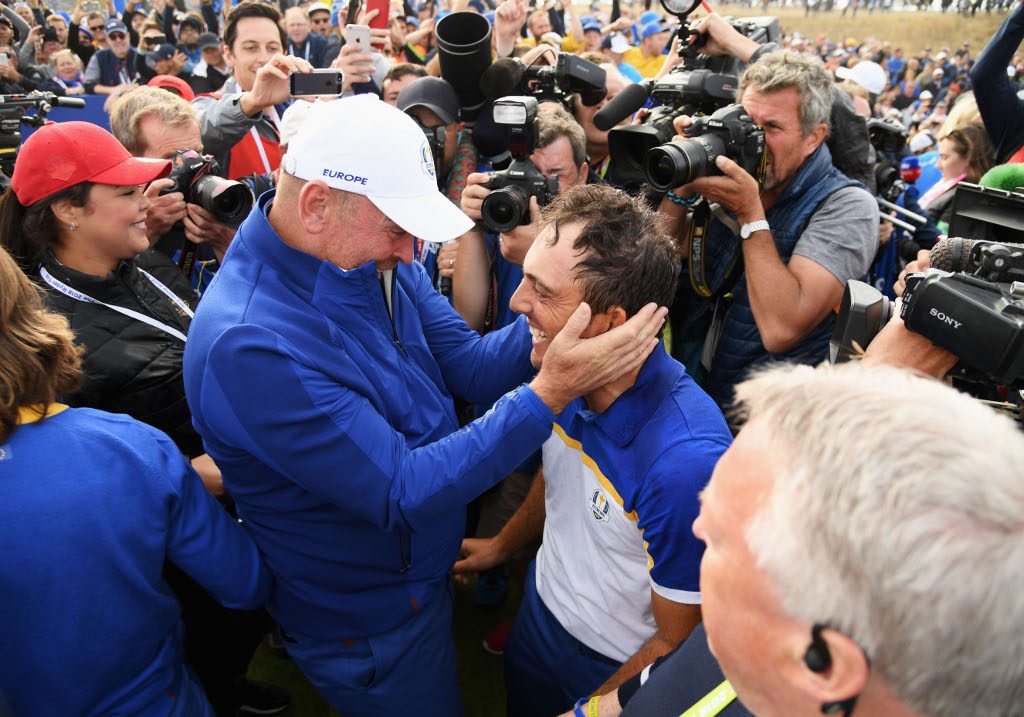 Wins for Ian Poulter over World No 1 Dustin Johnson, Thorbjorn Oleson over Jordan Spieth, Sergio Garcia over Rickie Fowler and Francesco Molinari over Phil Mickelson ensured the cup returned to European soil after Darren Clarke’s charges lost it at Hazeltine in 2016.

These wins were significant individual achievements too: Poulter maintained his incredible unbeaten record in Ryder Cup singles by beating the world’s best player.

Garcia became the most successful Ryder Cup player in history with his 25th-and-a-half point.

And Molinari became the first player from either side to claim five points at a Ryder Cup since the USA’s Larry Nelson in 1979.

#TEAMEUROPE HAVE WON THE RYDER CUP BACK!!!!! pic.twitter.com/7Pgo7CrxFp

As for Olesen, many felt the rookie was going to get mauled by an in-form Jordan Spieth, but he rose to the task with an emphatic 5&4 win. 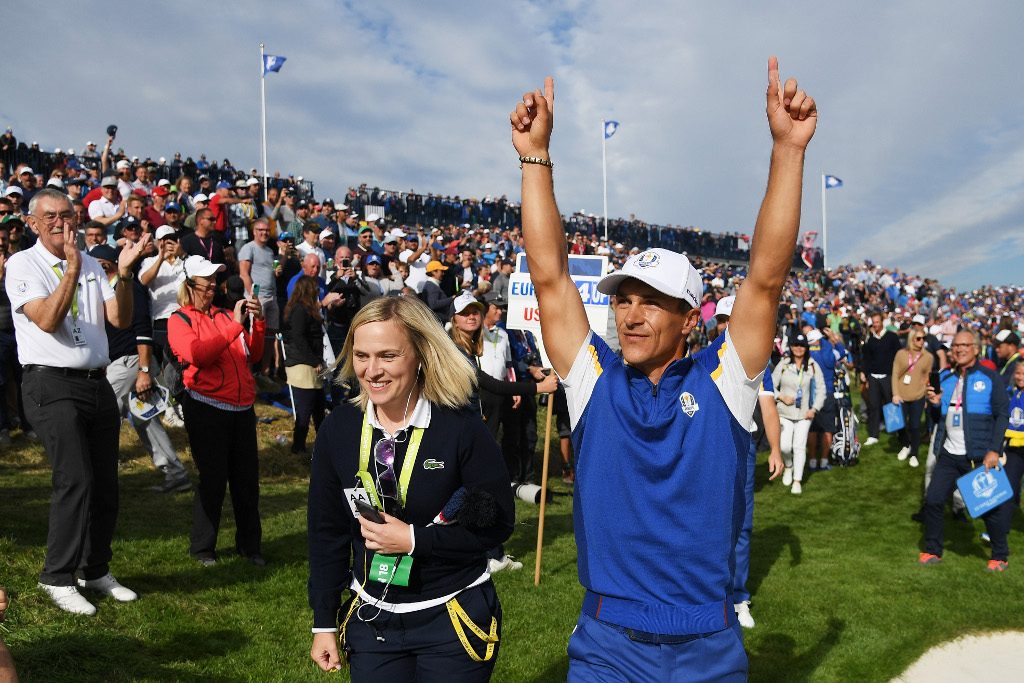 Despite the outcome being decided, some matches were still on the go.

Patrick Reed nicked a consolation point for America when he fended off a brave challenge from Tyrrell Hatton.

That was only for Henrik Stenson and Alex Noren to further lengthen the gap between the two teams as they drubbed Bubba Watson and Bryson DeChambeau respectively.

“I don’t even think I can quantify to let you guys know how much it means,” said Poulter after maintaining his incredible unbeaten solo record. 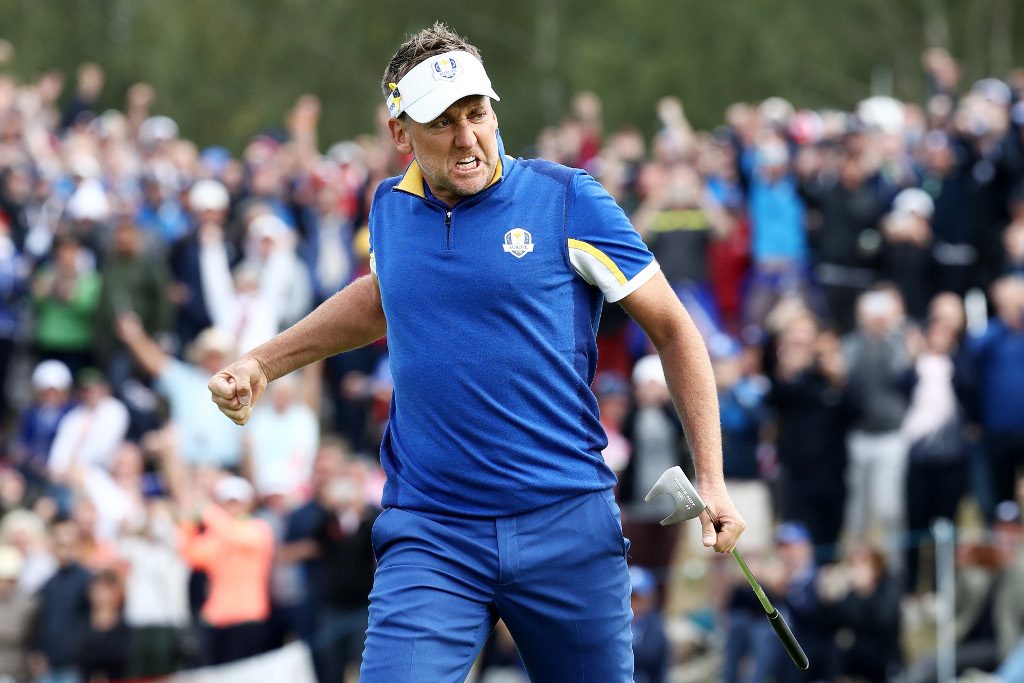 “To be able to win this thing back is even more special.” 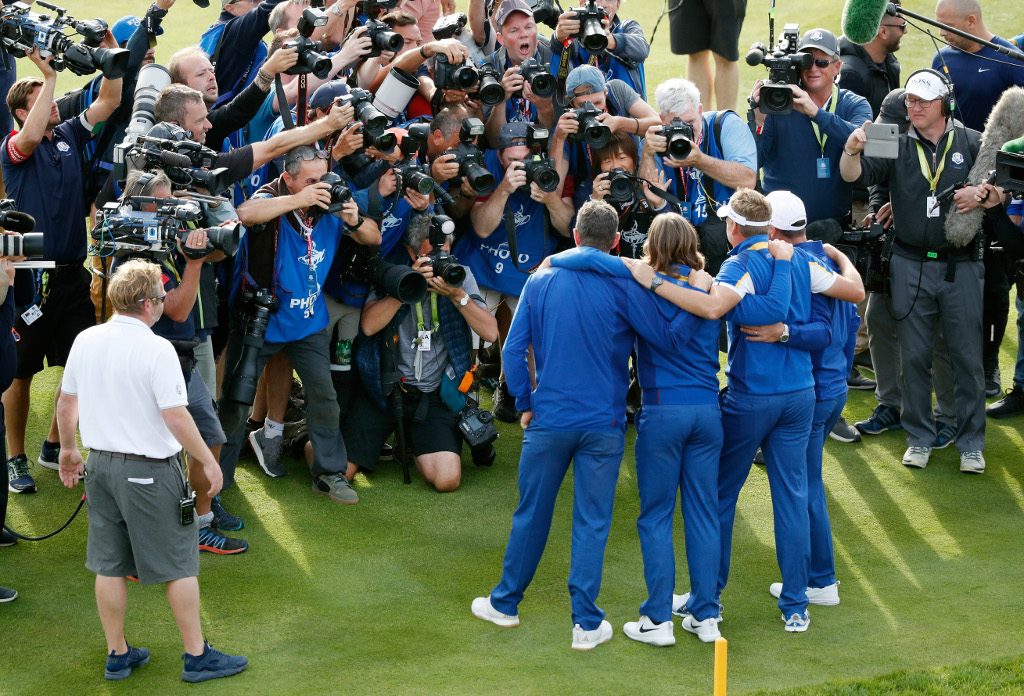