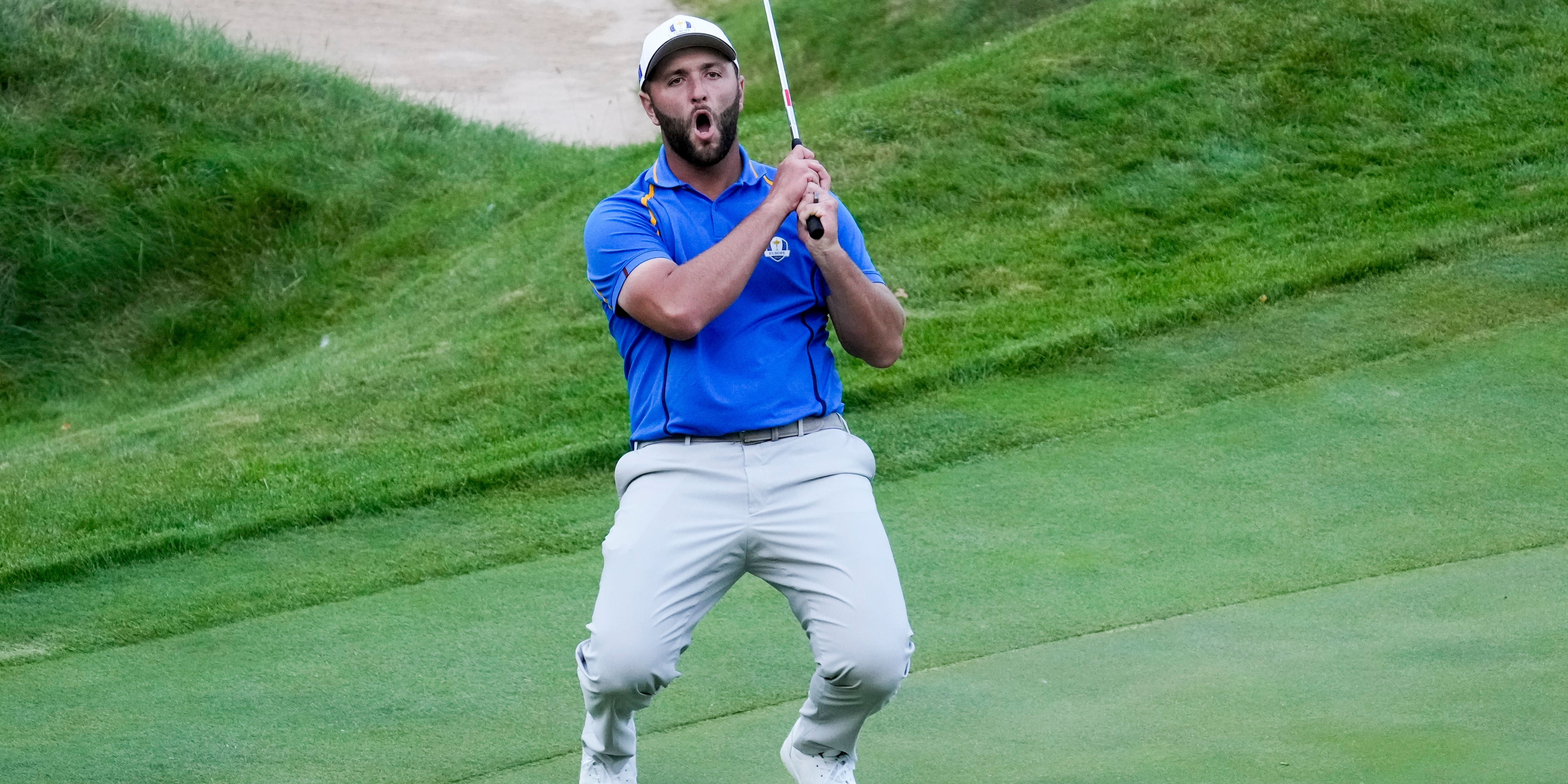 Europe will have to make history to hold on to the Ryder Cup after suffering their worst opening day under the current format at a windswept Whistling Straits.

Padraig Harrington’s side ended the day 6-2 behind as Rory McIlroy endured heavy defeats alongside Ian Poulter and Shane Lowry and all six of US captain Steve Stricker’s rookies contributed at least half a point.

World number one Jon Rahm and fellow Spaniard Sergio Garcia were Europe’s only winners in the foursomes, but Harrington stuck to his pre-determined pairings for the afternoon fourballs and left Garcia out of the session.

Rahm partnered Tyrrell Hatton instead and the Englishman birdied the 18th to snatch half a point against Scottie Scheffler and Bryson DeChambeau, who had hit a spectator on the shin with his opening shot but also smashed an incredible 417-yard drive on the fifth.

McIlroy and Lowry had already lost 4 and 3 to Harris English and an inspired Tony Finau before Paul Casey and rookie Bernd Wiesberger were beaten 2 and 1 by world number two Dustin Johnson and Olympic champion Xander Schauffele.

That meant the final match was crucial for Europe’s fading chances and Tommy Fleetwood and Viktor Hovland were three up after eight holes before being pegged back by Justin Thomas and Patrick Cantlay, Thomas making a brilliant eagle on the 16th to get back to all square.

Thomas had the chance to win the match on the 18th only to leave his birdie putt woefully short, but the home side still held their biggest lead after the opening day since 1975.

The United States have never lost a Ryder Cup on home soil after winning the opening session and since the current format of eight matches on day one was adopted in 1979, Europe have never trailed by more than three points.

Harrington’s side needed a strong afternoon performance after the morning’s results, with Johnson and Collin Morikawa beating Casey and Hovland 3 and 2 and Brooks Koepka and Daniel Berger defeating Lee Westwood and Matt Fitzpatrick 2 and 1.

McIlroy and Ian Poulter had at least avoided suffering a record defeat to Cantlay and Schauffele after losing the first five holes, but the eventual 5 and 3 loss was a demoralising blow for one of Europe’s star pairings.

Rahm holed from almost 60 feet for birdie on the fourth and further birdies on the eighth, 10th and 15th took the European pair three up with three to play.

It took until the 10th hole for the European pair to register a birdie and although they also birdied the 12th and 13th, it was too little, too late.

“The last two sessions, Xander and Patrick played wonderful and Tony, I haven’t seen Tony putt as good as that in a long time,” McIlroy said.

“When you have got a couple of pairs like that on form, on a difficult golf course where it’s sort of hard to make birdies and they go on runs, if you’re not quite a hundred per cent on top of your game it’s tough.