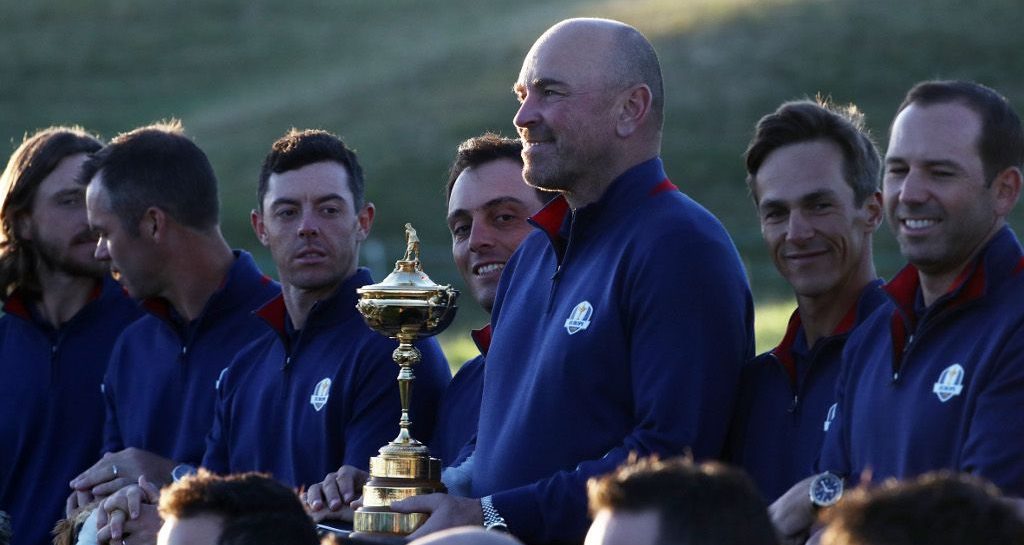 Europe captain Thomas Bjorn says he has already pretty much decided on his pairings for this week’s Ryder Cup.

While the Dane said he will use the practice time in the days ahead to fine-tune his strategy, he appears to already have made several significant decisions in his own mind.

Europe will be bidfing to win back the trophy following defeat at Hazeltine in 2016.

“I am pretty set in my mind, to be honest,” Bjorn said.

“I think you plan 80-85 per cent of what you are going to do – and then you have to look over the next three days at where everybody actually is at, and how they are feeling about themselves.

“The mood in the camp when they came in on Monday morning was very positive and very keen.

“You are getting closer and closer to the plan you set in your mind, so I am pretty confident with where I am at the moment, but let’s see how the next few days go.”

Bjorn knows Europe face a tough task against a very strong American team, but he wants his players to be excited and thrilled by the prospect of competing at Le Golf National – not intimidated or fearful.

“This is an opportunity,” he said. “It is a time to go out and play.

“These are the things they worked so hard for, these are the dreams you had as a kid, this is what you want to be a part of.

“So, they have to take that opportunity to go out and show that it is not all just dreams, it is reality, and go out and live those dreams.”