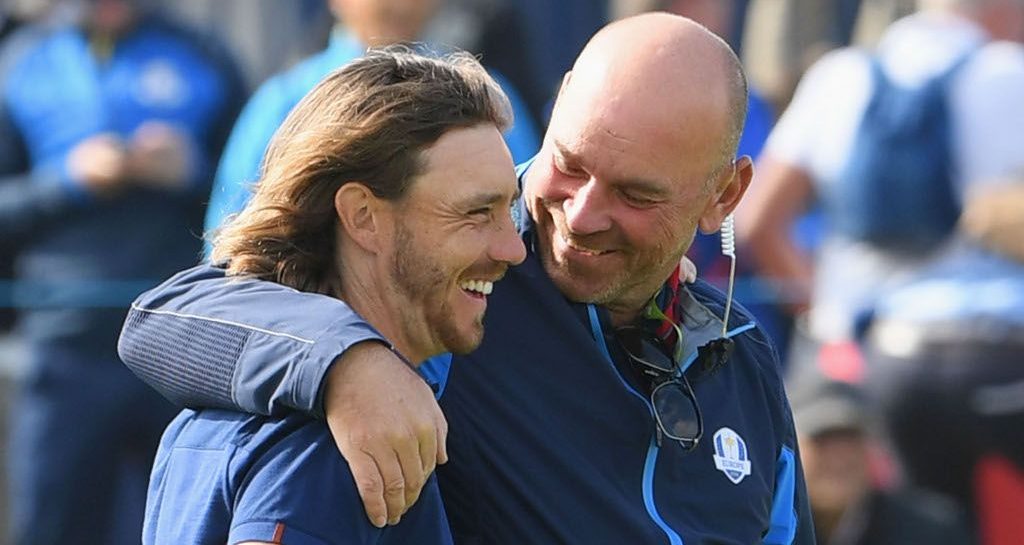 Thomas Bjorn has decided to rest Justin Rose for Saturday morning’s Ryder Cup fourballs, with Rory McIlroy and Sergio Garcia set to lead out Team Europe in the opening match.

Rose partnered Jon Rahm on Friday morning, but this time around Ian Poulter will link up with the Spaniard instead.

And after McIlroy failed to impress alongside Thorbjorn Olesen in the opening fourballs, Bjorn has opted to partner the Northern Irishman with Garcia, who combined to great effect with Alex Noren in the afternoon foursomes.

Asked if he considered dropping McIlroy for Friday afternoon after his disappointing performance in the fourballs, Bjorn said he always knew Rory would come good.

“Great players, when they don’t perform to the standards that they want to, they have an ability to just go out and put it right, and Rory did that this afternoon. He did it in a match that they got good vibes off each other and did well on the golf course. They got off to a bad start and they turned it around.

“I never have any doubt in Rory McIlroy, because if I start doubting him, then I probably shouldn’t be doing this job. I believe in him, and it was great to see his response today. But that’s more on him. I was never in doubt that I wanted to have him on the golf course this afternoon.

“It was a bad morning, he didn’t play well, but you go again. You go out there and you bring a different type of game. This afternoon, he went out with a guy that he’s got history with, they love playing golf together, so they went out and did what they did this afternoon and that was great to see.”

Bjorn also paid a glowing tribute to Molinari and Fleetwood, who somewhat surprisingly claimed two wins out of two on Friday. Their fourballs win in the morning that denied the Americans a whitewash was hugely instrumental in Europe’s fightback.

“You’ve got a former French Open champion and The Open champion, and they just love playing with each other,” Bjorn said. “I think they just have a very special bond and relationship, and they have for a long time.

“This morning’s session could easily have finished 2-2, but it could also have been a whitewash the other way. So that obviously makes a difference when two guys stand up in the end and hole the putts on 15, 16, 17 to win the match when it really matters. It gives them belief, but also gives their team-mates hope.

“If I’m honest, I think the guys that played at Hazeltine probably feared a little bit at one stage that we would go the same route as there because we knew how much an uphill battle that was.

“So that’s not a position we certainly wanted to be in again. So obviously that lifted those guys that were there at Hazeltine. You know, all of a sudden 3-1 didn’t seem as bad as 4-0 would have done, certainly.”