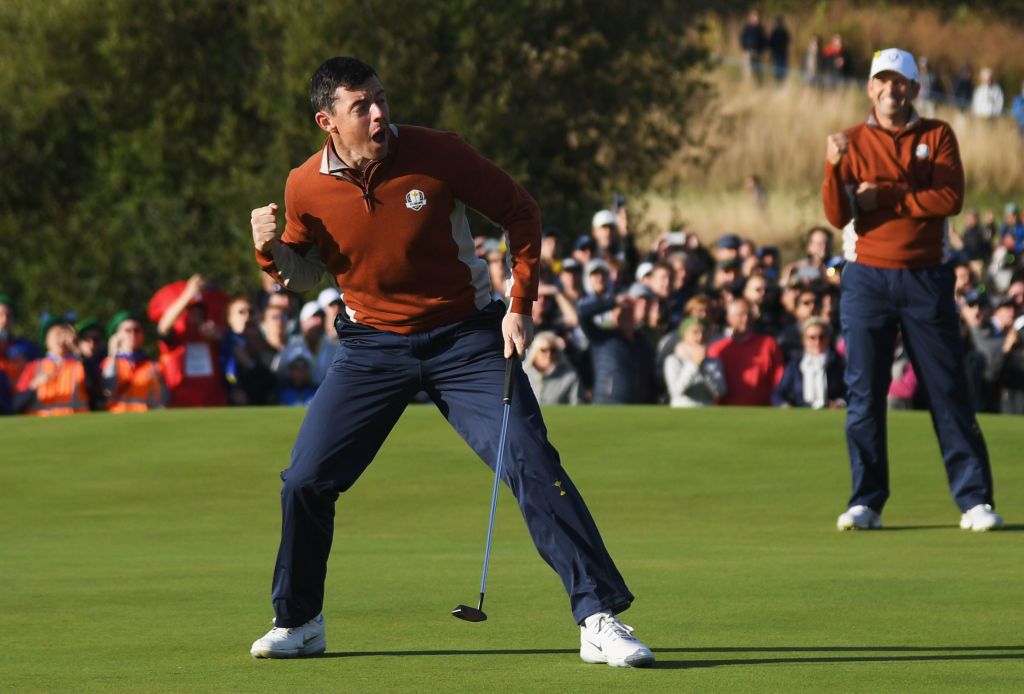 Thomas Bjorn said he has faith in Rory McIlroy to get Europe’s bid for Ryder Cup glory off to a good start in Sunday’s singles at Le Golf National.

Europe hold a 10-6 lead going into the 12 singles matches and need just four-and-a-half points to win back the trophy.

McIlroy will go up against Justin Thomas in the first match, after Thomas and Jordan Spieth beat McIlroy and partner Ian Poulter 4&3 in Saturday’s foursomes.

Asked about why he had chosen the Northern Irishman to lead the way, Bjorn replied: “There’s a lot of reasons to send Rory out first.”

“He’s a fantastic player. He likes to play fast. He doesn’t like to be held up. He likes responsibility.

“He feels like he’s in a place where he can go into that position and get the best out of himself. I have a lot of belief in him, and I trust him as a player, but also trust him very much as a person.

“So it’s a great place for him to be with responsibility.”

Paul Casey will go out second against US Open and USPGA champions Brooks Koepka before Justin Rose takes on Webb Simpson in match three.

Tommy Fleetwood and Francesco Molinari, who have a chance to become the first European players to complete a perfect 5-0 Ryder Cup record, go up against Tony Finau and Phil Mickelson respectively in matches five and nine.

“I went with this set-up because of personalities and the way I see them,” Bjorn continued. “And I went with this group of guys in this order because I think it covers all the way through the order.

“That American line-up was always going to be extremely strong and it doesn’t matter; we need to win our points tomorrow. They can come from any match.”

Meanwhile, US captain Jim Furyk said he is confident Thomas can get his side’s bid for what would be a big comeback win off to a flying start.

Thomas has won three points out of four in his first Ryder Cup appearance.

“You know, we want to get out to a fast start. That’s key, it’s imperative, everyone knows it.

“Any time a team’s come back from four points, it’s been a fast start and a solid middle to late part of the line-up.

“Right now we’ve got a feisty guy in Justin Thomas leading us off. He’s kind of a little spark plug.”