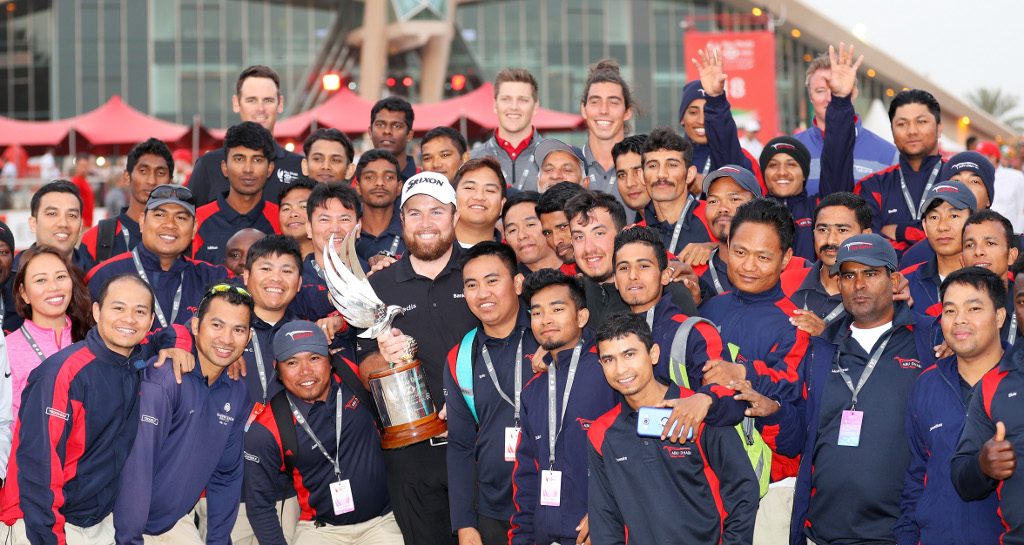 Shane Lowry would dearly love to break into the 2020 Ryder Cup team after starting the year off with a bang at the Abu Dhabi HSBC Championship.

The Irishman produced a clutch finish on Saturday to secure his first win since the 2015 WGC-Bridgestone Invitational and grab the early lead on the Race to Dubai.

His newfound success has left him dreaming of what might be in the future, and Lowry admits he’d love to be a part of Padraig Harrington’s team to take on the Americans at Whistling Straits when the Ryder Cup returns next year.

“It puts me to where my goal is for the next 18 months and that’s to be on the plane to Wisconsin with Paddy [Padraig Harrington],” Lowry said. “That’s kind of where I want to be, and I think this is a great stepping stone.

“I still have a goal in my head I’m working towards every day and just because I won this doesn’t mean I can take my foot off the gas.

“It’s a great stepping stone, no doubt, because I’m back in the big tournaments now for the foreseeable future and hopefully I can kick on from here and move back up the world rankings where I feel like I really belong.”

Lowry looked to have spoiled his chances of victory in Abu Dhabi after a number of early bogeys saw his three-shot lead turn into a four-shot deficit.

But with Richard Sterne coming unstuck on the back nine, the opportunity was there for Lowry to mount a comeback, and mount one he did as birdied three of his last seven holes to snatch victory.

“It’s been a long time (to win) and I’m just over the moon,” Lowry added. “I completely thought I was gone to be honest.

“I just tried to put him under as much pressure as I could. But I didn’t think I had that in me today. I’m so happy.”